How would you like a new Arkham Batman title that isn't in the Arkham Universe and doesn't feature Batman as the protagonist? When I first heard that WB Montreal (creator of Arkham Origins) was preparing a new Batman Universe title without Batman, but with four other heroes and a focus on multiplayer, I was spooked, it's true. But let's see what it's all about.

To start, it goes bang that the game smells (if I may use the term) of blockbuster. Graphics, mo-cap, cutscenes, everything with an aura of a Hollywood superhero production. But from the introduction we learn that Batman, after a battle in the marble threshing floors with Ras Al'Gul (who so far refused to die), leaves this futile world (along with Ras), which is expected and fair, since the game is advertised without him as the protagonist. You heard right, Batman is dead (for what that means exactly, play the game to the end to find out). Anyway, the heroes we control are his orphans. Nightwing (the first Robin de, all-around good character), Batgirl (Gordon's daughter, typically good at one-on-one combat and a mini-batman), Red Hood (the second Robin in the comics, if I recall correctly, who also refuses to stay dead, current gunslinger) and finally, the (active) Robin, who is a total ninja.

It does not really matter who will be used in which campaign mission. While everyone at advanced levels has a distinct style and particular builds, they are all fully interchangeable if you just want to see the story of the game without multiplayer claims. Note, however, that the campaign can also be played cooperatively by two people, which is a welcome addition.

Now the story itself is quite interesting. The late Batman was in the midst of some mysterious investigation before he left the mundane world, and the onus falls on us to unravel the tangle, using stealth, sticks, detective tactics and other tricks. Along the way we'll meet old friends and foes (Talia, Harley Quinn, Penguin and others make an appearance) and dive into Gotham City's history.

Gotham City is the unsung hero of the game. Dark and well-designed, though less gothic than what we're used to in WB Batman games, it's convincing and enjoyable to hook through (Spider-Man style) from ledge to rooftop and balcony to rooftop. The game's open world, without being massive in the GTA style, is adequate and charming.

Our base is not the Batcave (that's the one Batman burned down with Ras inside), but the Belfry (an obvious reference to the expression "Bats in the Belfry"), which is in the pen thanks to our faithful Alfred. Training, debriefing, hero/mission selection, crafting, skills, all here. Like the Helicarrier Chimera from Marvel Avengers that is. Deliberate reference to this, as the multiplayer portion of the game is (unfortunately) inspired by the unfortunate Marvel title. We're talking about yet another looter brawler with a lot of grinding, looting, cosmetics and all the like that we've seen a hundred damn times in the last few years. Ever since Bungie, for 2014's first Destiny, borrowed the Borderlands formula (which was also an illegitimate child of Diablo), but in a pseudo-MMO guise (emphasis on structured multiplayer), this style of gameplay has been cloned over and over and over again. We don't have the slightest originality here either.

Of course, the experience for someone who hasn't played a similar title won't be bad (although the UX/UI implementation is rather mediocre here), since the basic combat gameplay is well-done, but if you've already immersed yourself in similar titles, the sense of drudgery will probably make its appearance. I have to admit that upon completion of the story and after some elementary multiplayer grinding, I personally lost all interest in further engagement with Gotham Knights and this is reflected in the final score. However, for those who are interested, WB Montreal has promised a free update with 4-pack co-op.

So why did WB Montreal choose the beaten path instead of offering a full single player experience in the old Arkham style or even fresh multiplayer ideas?

After several hours of dealing with the title, based on my experience in the games industry from the inside (multinational development), I can diagnose here some of the most common ailments of AAA titles. In economics there is a simple yet fundamental concept, opportunity cost. This succinctly states that for any given project we are called upon to complete, we have certain resources at our disposal, many of which are finite. When you spend them somewhere, you cease to have them available.

A classic example of such a resource is man-hours. When you have, for example, 10 employees at your disposal and a 6-month deadline for completion, every day that passes is not made up, whether the employees work or not. But even if they do work, the number of fields of work and the labour they can produce are, in both cases, finite quantities. This basic principle explains why devoting a significant portion of the development team to the multiplayer part inevitably limits the resources that will be allocated to the campaign and vice versa.

What is most disheartening, however, is the process by which the direction of each title is decided. You see, AAA game development very rarely is the result of an idea from passionate, inspired visionaries. In fact, in cases where we are talking about established franchises, this is almost never the case. Such titles cost tens or hundreds of millions to develop, and before they get the green light, they go through various committees, which require commercial viability studies. These committees often have conflicting requirements.

In general, they seek revenues that are appropriate for projects that follow the "Blue Ocean" strategy (i.e. those that pioneer the market) because they have the highest ROI (return on investment), but in order to approve them, they ask for a comparison with other established titles to be used as a benchmark, so that they have an order of magnitude. Obviously, no truly groundbreaking idea has anything comparable as a benchmark, so development teams often end up designing off the beaten track, but having unrealistic financial targets accepted by leadership. This is how so many looter and battle royale games find their way to market these days, and a little earlier so many Call of Duty clones and even further back, so many aspiring WoW-killers, which usually fail to meet their financial goals. This is what we see here, unfortunately.

The title attracted a lot of attention because of the developers' decision to limit the framerate to 30fps on the latest consoles (PS5/XSX), which is not justified based on the visuals. The fact that these have hardware comparable to 2019-20 tech PCs rang a bell for the situation the Windows version would have, and unfortunately, the fears were realized. The game lacks optimization in several places (especially in the fast city transition phase with means such as the motorcycle or grapple), suggesting that there is an issue with asset streaming in the open world and, most likely, shader compilation during gameplay.

Those who played Battlefield V on DX12 will remember the terrible stuttering every time a new map loaded for the first time. Well, the same thing happens here every time the player first visits a new area of the city. The processor also seems to be overloaded by draw calls, at least judging by how much the framerate is burdened by the increase in distance at which graphical details are visible. On the test systems (5900X/6800XT and 5600H/RTX3060), the game is playable, but in the second case especially this comes with significant limitations to enjoyment, to the point where I don't recommend using raytracing regardless of resolution. Definitely make sure you have as modern a processor as possible before you buy the game. Bad grade here.

The main problem with Gotham Knights is not its level of quality. It's that it could have been far superior, comparable to that of past titles in the series. The key ingredients for the success of the, shall we say, franchise are here too, but either in a limited or undermined form. And of course undermined by the commercial direction the title has taken towards the looter territories and indeed, the more mundane ones at that. The flawed planning and lack of optimization (implicitly) that these decisions brought about sealed the final outcome.

It's still worth looking into even if you don't have much experience with either a looter or the Batman franchise, but only after a hefty discount on the retail price. Either way, Gotham Knights goes down as a missed opportunity.

A title with some very strong points that unfortunately the commercial direction condemned it to mediocrity. 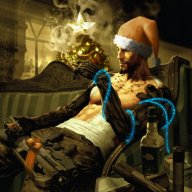 Born in Athens in 1979. Gamer by gentle dreams, my first contact with the sport was with a clone of Pong at pre-school age.  Although a loyal PC user since 1989 and the XT era, I have owned several consoles (Atari 2600, various Sega, Playstation series etc.) and my introduction to gaming journalism was only in January 2012 and PC Master. A veteran of adventure games, I now split my gaming time between MMOs, RPGs (of all kinds) and Shooters. Email:  [email protected] Follow me: Facebook | Twitter | SteamID: Kuivamaa
View thread (3 replies) 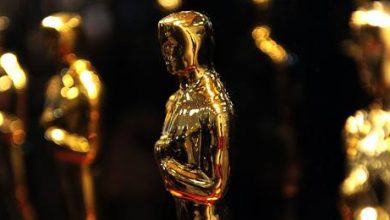 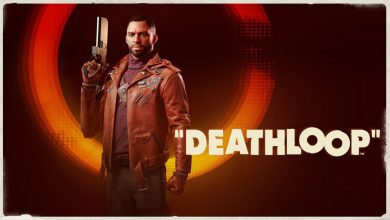