What would a Game of Thrones with an anime aesthetic look like? Game of Thrones in terms of political intrigue and clashes of kingdoms, don't set your mind on more... spicy stuff! ARTDINK and Square Enix's Triangle Strategy is a turn-based tactical and political machinations game where the player must prove their acumen both on the battlefield and in making important decisions in the midst of a turbulent time. The fantasy continent of Norzelia is once again on the brink of war, interests are conflicting and alliances are fragile. Will you manage to emerge victorious in the end?

The protagonist of our story, Serenoa, son of the leader of the Wolffort province, is forced to shoulder great responsibilities despite his young age due to his father's deteriorating health. The three great kingdoms of the continent, Hyzante, Glenbrook, and Aesfrost, have managed to overcome the bloody Saltiron War and establish peace, seemingly leaving behind the disputes over the exploitation of the continent's two valuable resources, salt and iron. However, an unexpected discovery will tip the balance and awaken forgotten ambitions for absolute domination. Serenoa Wolffort will have to prove himself a worthy successor to his father both on the battlefield and in political movements as the stakes are high.

As has become a recent tradition in turn-based tactical/role-playing games, the action unfolds in different maps depending on the activity, although in the case of Triangle Strategy the global map serves for no more than illustrating the strategic moves of the various factions and the selection of the next mission. The meat of the gameplay lies in the basic management of your army (leveling up and equipping with items), the political decisions you'll be asked to make, and of course the turn-based battles. Most of this is done on isometric maps with the familiar "2D-HD" aesthetic that we saw in another Square Enix game, Octopath Traveller.

The gameplay during battles isn't particularly deep by the standards of other tactical games we've seen from time to time but it's definitely more complex than a common jRPG. Proper placement of your units on the battlefield is of great importance because the game rewards both high ground attacks and backstabs with extra damage. Also, units with a penchant for ranged combat and area of effect attacks (mages, archers, etc.) don't have much melee resistance so it's imperative that you shield them from harm, while several spells affect the environment and create synergies. Classic stuff, however the positive thing compared to Octopath Traveller as mentioned above is that Triangle Strategy doesn't require grinding to keep your units sufficiently leveled up. There are no random encounters so the overall experience is more compact and I didn't feel fatigue at any point in the campaign.

More accurately, I didn't feel fatigue during combat but the first few hours of the game have a lot of dialogue, recounting of past events and introduction of new characters, with very little action. That's where I think the developers could have done a better job, with a gradual introduction of all these elements between a few battles that would break the monotony. This initial boredom isn't helped by the wooden speech of the characters as the writing closely follows somewhat tired fantasy tropes, resulting in the initial dialogue being full of "my prince", "my lady", "my king", "my lady", "my brother" and other such things that brought to mind the Lords and Ladies parody from Max Payne. The first 2-3 hours are therefore quite tedious but the plot becomes much more interesting later on, especially when the game introduces the decision-making element.

Making decisions and branching the plot accordingly is, I think, the most interesting element of Triangle Strategy. At various points in the campaign and after major events, the game gives you the opportunity to decide how to proceed between 2-3 available options, with your final decisions leading to one of four different endings. However, the decision is not made by you alone but collectively by your entire team, so you must discuss with your team members and convince them that you are right in order for the final vote to have the desired outcome! I replayed a significant part of the campaign from the beginning to see the effect of these decisions on the plot and there are indeed significant differences. Depending on your choices you will play some different battles, recruit other characters and of course see a different ending. Some key events don't change between playthroughs but the changes are significant enough to warrant at least one additional playthrough after you finish the game.

In closing, my impressions of my experience with Triangle Strategy are undoubtedly positive. If you approach the game with the right expectations, i.e. not expecting a tactical epic but something more light-hearted, I think you will almost certainly be satisfied. The gameplay is well designed, the branching in the plot gives the game an extra layer of interest and increases the replayability, the duration is satisfying without being tedious (for a full playthrough on Normal difficulty level I needed about 30 hours). A quality release and a good purchase.

A fun tactical game with a branching plot, some original ideas and a lot of political intrigue.

A dedicated PC gamer, Alexandros plays everything depending on the mood of the moment, but shows a preference for turn-based strategy, RPGs and considers UFO: Enemy Unknown as the best game of all time. Otherwise, he tries to hide his turtle-like reflexes by avoiding competitive multiplayer because, as he says, "it doesn't suit him" and is looking for ways to get the "Church of Gaben" recognized as an official religion in his country.
View thread (14 replies) 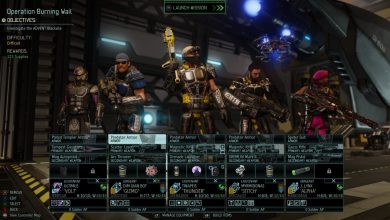 LIFE IS STRANGE, EPISODE 2: OUT OF TIME 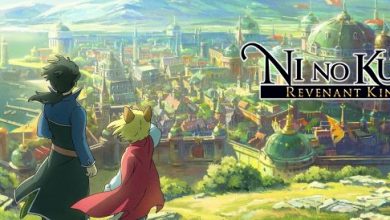 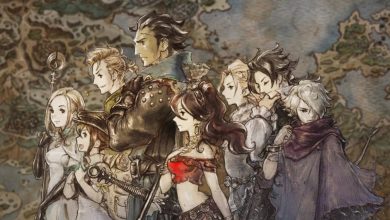