The storm of adventures is well underway. It's only a few days since the review of the very good Crowns and Pawns: Kingdom of Deceit and here's Short Sleeve Studios' Voodoo Detective, in a rather sudden release. Admittedly, the company hadn't quite prepared the ground (we first heard about it last autumn, despite it being in development for quite some time), so the news that the game was ready was a very pleasant surprise. All that remains to be seen is whether Voodoo Detective manages to catch the adventurer's pulse, being obviously influenced by the classic titles of the genre.

The story of Voodoo Detective takes us to the 1930s and the tropical island of Zo Wanga. A tropical paradise we could say, which in recent years has attracted hundreds of tourists, which has resulted in the island's character being altered, as various investors have taken the opportunity to fill the area with shops and hotels, leaving aside the island's traditions, such as the voodoo culture. This situation is not shared by our hero, who introduces himself simply as... Voodoo Detective, a private investigator who, thanks to his deep faith, has managed to solve dozens of cases in the past. But not anymore.

The world has largely changed, loving only money and material goods, so that interest in the spiritual world has reached a nadir. No one now trusts an investigator who uses voodoo to get to the solution of a case, which drives the hero to the brink of bankruptcy. No one but a beautiful girl who, on a quiet morning, knocks on his office door.

The girl in question introduces herself as Mary Fontule, wife of the island's richman Victor Fontule, but she claims to remember nothing of her past. In fact, she is not even sure that she is married to Victor, nor that her name is actually that, and asks the Voodoo Detective to help her find out who she is. It's an admittedly odd case that our investigator initially has a hard time accepting, but once there's not a single coin in his pockets and Mary offers him a very large advance in money, he's convinced to take it on. Only the case turns into something far more complex and dangerous than he could have imagined. So much so that it even endangers the very existence of humanity itself...

Voodoo Detective's premise is undoubtedly one of the strong cards of the game. It unfolds very smoothly, doesn't waffle and keeps the mystery intense until the big reveal, which takes place about halfway through the game. A revelation that may seem far-fetched, but as we progress towards the end of the adventure, we realize that it's not so far-fetched after all, as there are indeed many people who push themselves to extremes to achieve their goals, not considering the consequences to the rest of the world. After all, we experience this every day in our lives and Voodoo Detective highlights this in its own, unique way.

Through the prism of a classic point 'n' click adventure, Voodoo Detective manages to give us a number of memorable characters, who play a greater or lesser role in the story, such as the hero's pianist brother Billy and the grumpy businessman Gordon Crumbsford or typical figures of voodoo culture such as Papa Legba and Baron Samedi. And of course, plenty of puzzles that contain, among other things, a great touch of (what else?) voodoo rituals. After all, early on in the game we are given possession of a book that describes the ingredients we need to collect to perform various recipes, which present interesting results. Such as, for example, a recipe that puts the victim to sleep or that causes two people to fall madly in love.

So depending on the requirements of the situation, apart from chatting with the various characters and combining items (as in any adventure), we may need to apply our knowledge of voodoo. But the truth is that it's obvious when it's necessary to resort to a recipe to move forward, a consequence of the relatively closed structure of the game. The action is fairly linear, and on each screen we visit, there are a few hotspots where we can act in some way. Consequently, it is not particularly difficult to get to the solution of the puzzle that is currently in question. On the contrary, we would say that the level of difficulty is rather low for an experienced adventurer, with only a few puzzles requiring extra thought (like the one with the knob on the yacht) or quick reflexes, while there are also several hints from the detective's side. We just have to click on him and he will remind us what our current assignment is, while throwing in a line that captures the way we have to move on. Mind you, this line may be a pun or metaphor, so it is up to our own temperament whether we "get it" at the time or after the epiphany comes.

We'd say that the absence of a hotspot indicator doesn't bother us at all, since there's no need for pixel-hunting, but if there's one thing we found a bit unusual, it's the controls in general. Not because it deviates from the rules of a typical point 'n' click, but we were surprised that in order to examine an item in the inventory, you have to hold down the left mouse button. Also the use of the verb use is performed after we click once on the desired object, it in turn appears on a special icon on the main screen and then click on the hotspot of interest. It is worth noting that there is no option to save, as the game automatically saves our position, and in some cases it is possible to die (game over), but without any other consequence, as reload returns us just before our incorrect move.

We assume that the implementation of the controls is primarily based on the mobile version, which will appear at the same time as the PC version, hence these strange decisions. However, there are more than a few times when I was confused by the number of clicks I had to make for a single use and continued to be confused until the end of the game, which comes after about five hours. A length that is quite short and it's disappointing that the end credits come so soon in such a beautiful game.

A game that is undoubtedly the product of immense love from its creators and it shows in every aspect. From the thoroughly detail in the artistic backgrounds and the lifelike movements of the bulky characters, to the well-written dialogues that feature subtle and clever humour, far from slapstick situations and tasteless easter eggs, while the amazing soundtrack raises the bar even higher.

These are mostly jazz compositions by Mr. Peter McConnell, recorded by a full orchestra, who has had put his hand in soundtracks such as Grim Fandango and Monkey Island. The sound waves coming out of our speakers are impeccable to say the least and effortlessly transport us to the era in which the game is set. An important ally is the excellent voice-over, of professional standards, where even the most "insignificant" character in the story offers his own stamp on the game.

In short, Voodoo Detective is a remarkable adventure with a unique aesthetic, which could have scored even higher if it had a little more difficult puzzles and a much longer duration. However, it does succeed in introducing a likeable new hero to the adventure genre, who, if all goes well, may star in even more adventures in the future. After all, he has a debt to Baron.

Short in length, but a beautiful adventure for fans of the genre and the 30's aesthetic. 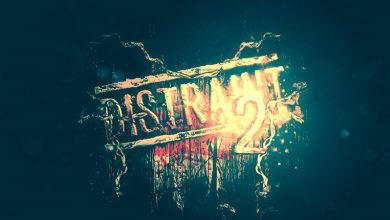 THE JOURNEY DOWN CHAPTER 1

MILKMAID OF THE MILKY WAY