Welcome back Disciples, we missed you! With the last game in the series having been released nine long years ago, Disciples Reincarnation in the now distant 2012, it was time for another attempt. This time the development duties were handled by Frima Studio, a development house with a relatively small portfolio. Time to find out then, was the attempt to revitalize a historic series successful?

The world we will be called upon to liberate, as per the game's subtitle, is Nevendaar, a region that has been plagued for centuries by bloody conflicts between the various factions that aspire to conquer it. Empire, Undead Hordes, Elven Alliance and Legions of the Damned do not hesitate to paint the battlefield red to achieve... perhaps they no longer remember what. In the midst of this chaos stands Avyanna, a mercenary with a mysterious past and otherworldly powers who embarks on an epic quest to free her homeland from the horrors of constant conflict. Along the way she will discover many things about herself, along with some that should probably have stayed buried forever.

On the game's Steam page the campaign is described as "epic" and I endorse that description. We're talking about a long campaign (up to 80 hours to complete all main and side quests) with multiple instances in which the player is given the option to decisively influence the progression of the quests and end up with one of five different endings. The overall style of the game, if you haven't had a chance to dabble in any of the previous games, is similar to Heroes of Might and Magic and King's Bounty: a combination between map exploration in real time from an overhead perspective to collect resources and undertake quests, and tactical turn-based combat when it's time for conflict. Shortly after the campaign starts, Avyanna becomes the owner of a castle which can be upgraded by spending resources to produce units for the heroine's army, useful items, upgrades, spells, etc. Therefore the gameplay includes elements of RPG, strategy, tactics and resource management.

The biggest surprise that awaited me in Disciples: Liberation was the extent and frequency of the choices and consequences, both in the main quest and in the plethora of sidequests. In the majority of quests there is at least one important choice that our heroine is asked to make, with implications both for the particular scenario and the relationship she will develop with the four main factions in the region. Good relations with a faction give better morale (and greater effectiveness) to the respective units, while the exact opposite is true if certain factions hate your guts. Both the main campaign and most of the sidequests are fun and competently written and there are no shortages of...romance options, even with let's say unconventional partners!

After you've finished with making moral choices in quests and with your... naughtier adventures, the time for battle will eventually come. The combat system in Disciples: Liberation is pure turn-based and each unit has two actions available to it that, depending on the type of unit, can be used for move and attack/special ability or a combination of the two (e.g. double attack instead of move). An interesting innovation compared to similar games is found in the addition of the backline, a line in your formation behind the active units in battle that the player can fill with support units. Each unit in the game has a support skill that only activates when placed in the backline, however the downside is that these units are not under the direct control of the player and are automatically activated.

My general impressions of the combat system are good, with one asterisk. The game offers a wide variety of units from all factions and all can be upgraded to maintain their usefulness. Both the common battles and the important scenario and boss fights are cleverly designed, and the AI usually does a good job of targeting the weak, exposed or wounded members of your army. The developers have also added the option to instantly resolve an encounter when you're visibly overleveled, with the exception of fights that are important to the story. The asterisk I mentioned above is placed because of the difficulty of the battles that... Look, I really don't want to say that I am a "pro elite gamer" or anything like that but at least for my playing style which dictates thorough exploration of each map and completion of most sidequests, the result was that I reached the important battles overleveled and consequently didn't face much resistance. Perhaps it wouldn't be fair to count this particular fact as a negative given that other players with different priorities may have a completely opposite experience, but I had to mention it. I would suggest keeping in mind the general level of combat encounters and trying to be at or slightly below it in the important quests to keep the challenge going. Unless you enjoy obliterating everyone of course!

Apart from the campaign the game includes multiplayer which I didn't have the chance to try because of the pre-release version but the essence of the game is clearly in the campaign. Its length is such that it definitely offers good value for money and the game is generally well thought out and of high quality in most important areas. The issue of difficulty is also partly subjective, so the main flaws I found relate to certain details such as the relatively slow and abrupt start to the campaign, the lack of voiceovers in several sidequests and the quality of a few others, as well as some practical issues with interface screens that could have been better designed. Overall though, I thoroughly enjoyed my dozens of hours of playing Disciples: liberation, I liked many of the game's combat and questing systems, I found many of the moral choices fun and clever, and I think I would happily play the campaign again trying a completely different approach and seeing the results. Based on the overall quality of the game and the dozens of hours of gameplay it offers, I think it's a great purchase for fans of the genre.

Disciples is back with a very interesting campaign and addictive turn-based battles. A clear recommendation if you are interested in this genre.

A dedicated PC gamer, Alexandros plays everything depending on the mood of the moment, but shows a preference for turn-based strategy, RPGs and considers UFO: Enemy Unknown as the best game of all time. Otherwise, he tries to hide his turtle-like reflexes by avoiding competitive multiplayer because, as he says, "it doesn't suit him" and is looking for ways to get the "Church of Gaben" recognized as an official religion in his country.
View thread (3 replies) 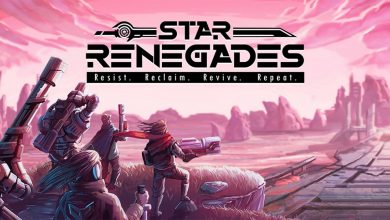 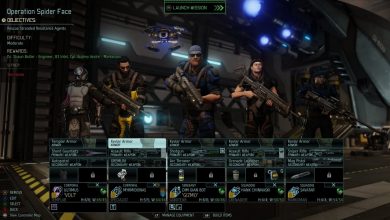 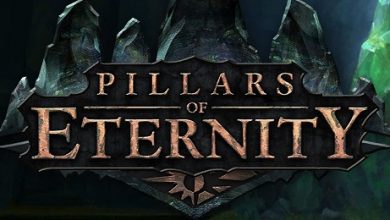