Evil West is a game of another era. If someone were to say that it started development somewhere in 2007, in the meantime development was halted and Flying Wild Hog picked up the pieces and decided to complete it in 2022, I would not be surprised. Okay, maybe this all sounds a bit over the top, but that was the initial feeling I got during my first few minutes of engagement with the game.

Particularly when my hero, Jesse Rentier, accidentally climbed onto a platform I didn't even want to visit and the game stubbornly refused to let me return, I realised that it wasn't going to claim any patent. But is that necessarily a bad thing? I wouldn't say so, when you're dealing with a title that promises nothing different from what it really is: a "brainless" action/shooter where the core element is one thing: ruthless monster slaying.

The plot, which exists as a regular story and is enriched with plenty of cutscenes and actors who actually agreed to do the voice-over, is clearly in the b-movie vein, in the style of "From Dusk Till Dawn", without the Tarantino touch. In an alternate Wild West, the world is much harsher than the one we know about at the time. We learn that it is overrun by hundreds of vampires and various other cute little monsters that are hungry for human blood and flesh, which has the effect of putting human civilization in imminent danger of extinction. The first line of attack is the Rentier Institute, a US government-funded organization whose spearhead is the son of its founder William Rentier, Jesse, a badass guy who could easily have played a starring role in Gears of War instead of here.

We control this guy, where in one of the usual vampire hunts he participates in, he elicits from his prey a very useful piece of information about the location of their leader's nest. So what could be more logical than a nice visit to put an end to sharpteeth once and for all? The whole thing didn't go so well, however, as a powerful entity, who goes by the alias Felicity and takes the form of a ten-year-old girl (how creepy is that?), proves to be a very tough nut to the point of almost completely destroying what was left of the fighting human forces. Jesse's remaining step is to regroup and find a way to ruin whatever plans Felicity has.

Needless to say, the story offers nothing remarkable, instead it is full of clichés, trite lore and third-rate dialogue with vocabulary we would encounter today and certainly not in 1850 - even if it is alternative. Consequently, Evil West doesn't seem to take its plot seriously (as this year's Shadow Warrior 3 did) and you'd better not take it either. Because what "sells" (so to speak) is its combat system and its abundant gore.

Primarily, the game is a combination of melee and shooting features, which work very well together. If we could draw a parallel, it would be the recent God of War, mainly because of the specific camera angle and the sense of "weight" that the hits give to the player.

Jesse's main tool is the gauntlet, which is powerful enough to smash the face of any poor vampire/zombie/abomination (you name it) that comes near him, while leaving room for creating some simple combos, such as those combined with a front kick or an uppercut. Later, electricity is added onto the gauntlet, turning it into some sort of Tesla invention, which is highly effective because it stuns its victim for a few seconds. In the panic of battle, believe me, this is very, very useful.

In addition to the gauntlet, Jesse's equipment is progressively reinforced with more weapons (such as rifle, shotgun, flamethrower), which have infinite ammunition, but after a few shots, they require a certain amount of reloading time before they can be used again. Of course, each weapon has its own utility on the battlefield, something the game takes care to train the player on and remind them of regularly. For example, the rifle is great for those ranged enemies attacking from a distance and displaying a circle/weak point, the shotgun the perfect choice for something huge shield-bearing creatures, and so on. The most positive aspect of the combat system is that it allows the player to experiment comfortably with all combinations, not limiting them to just one particular style, and the fact that skill trees exist with perks and upgrades make it a very well thought out and interesting mechanic.

Perks mainly unlock new moves and abilities, some truly life-saving (such as 5-second invulnerability healing or supercharge), while upgrades can be bought with money found during our wanderings around the game's various levels (or when we level up). Wandering, however, that doesn't stray from the boundaries of an old-fashioned corridor shooter, with few deviations from its linear path, and with a highly predictable pattern. Start level, path with some collectible in plain sight (usually), battle arena, squeeze, spread and repeat. Occasionally there are some rudimentary puzzles (a rather far-fetched term) or a big boss-fight, but they are encountered few and far between compared to the sixteen total levels the game has.

Nevertheless, Evil West doesn't get boring and that's because it regularly takes care of enriching the combat system, Jesse's equipment and the types of monsters we face, cleverly stimulating the player's interest every now and then. On the other hand, towards the end of the game it slightly runs out of ideas and starts the familiar "more-is-more" system, increasing the frequency of battles and the number of enemies we face at the same time, often placing in the same arena two or even three kinds of monsters, previously encountered as simple bosses.

However, at the Normal level of difficulty we would not say that we encountered any particular problems, provided that we applied the basic rules of its combat correctly. Namely, frequent dodge, defense, regular use of electricity, proper targeting of the monsters' weak points, etc. It's simpler than it sounds and even more fun most of the time, except perhaps in its final levels (as we mentioned), when by now Evil West has shown almost all the aces it was hiding up its sleeve and the wrinkles of fatigue are starting to form.

The ten hours that an average playthrough takes is a respectable number, even though the replayability of the game is non-existent. Perhaps the online co-op mode will trigger another playthrough, provided your teammate has it in their library as well - free play has been dead for years. In terms of the technical side of things, Evil West proves to be quite lightweight as a game (the 1060 Ti ran it with all the settings on Epic without any issues), but being an AA title, it doesn't have the best specifications. The textures are rather mediocre for an Unreal Engine 4 title, and each level has infinitesimal interactivity, filled with invisible walls and steel bushes. At least, visually it manages to portray several beautiful images, so the game doesn't fail to present an acceptable result, but it won't push you to buy 4090 for its sake.

In short, Evil West is not the game that will change your life. However, its immediacy and the, often delightful, mindless beating it offers make it a decent proposition, perfectly capable of entertaining you for as many hours as it lasts and then parking it permanently in your library.

We thank warmly AVE Group for providing the review code.

An old-school action game, conspicuously "brainless", but equally entertaining, suitable for fans of the genre. 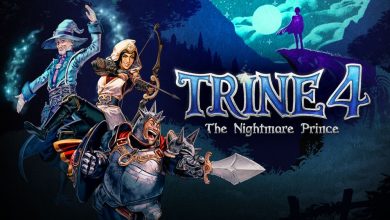