To say that "I quite like Stellaris" would be an understatement. Given the 1100 or so hours I've spent on it on Steam so far, it goes without saying that every time a new DLC is released I see it as another reason to come back to it and increase my hours even more. This was obviously the case with the game's latest expansion, Overlord. I'm sure it comes as an absolute shocker to learn that the name does NOT refer to the Zerg unit in StarCraft, nor to the codename for the Allied invasion of Normandy in 1944, but to the core of this expansion, which is none other than the relationship between the ruler and the ruled, the conquerors and their vassals.

Overlord's release, like all Stellaris DLC/expansions, is accompanied by a free patch that is available to all players. The changes and other additions introduced by this package are many, too many to go into in a review, and I refer you to the official patch notes for more details. For the purposes of this review I will also not separate between the free and paid changes, but will treat them as a single package.

With this new release, the nature of the relationship between overlords and their vassals is greatly enriched. Starting a game as a vassal of a stronger empire (a new Origin is now introduced that defines this start - more on that later), or becoming vassals during the course of the game (or, obviously, enslaving another state ourselves) offers the option to specialise the vassal towards a particular goal: research and technology, military might or economy. This specialization determines the kind of resources the vassals donates to their masters each month, or, in the players' case, the special events they receive over the course of the game.

The fine-tuning of power goes one step further. On one hand, it is now possible to more precisely modify the vassals '"contract", meaning the exact percentage of resources that a vassal will donate each month, or the political and non-political freedoms that the subjugated peoples are allowed to have (e.g. whether or not they are allowed to expand their borders or colonize more worlds). On the other hand, overlord empires gain the ability to construct buildings/holdings on their vassals' planets, which operate in the same logic as the corporate branch offices introduced with the Megacorp expansion back in 2018 and offer various bonuses to all parties involved.

Also introduced is something I really loved right off the bat, the ability for Vassals to engage in "secret diplomacy". Playing as Vassals allows us to approach another power in the galaxy (or, equivalently, if we are an independent state, to be approached by a Vassal of a third power) in order to help us shake off our current yoke of oppression and either become subjects of a more benevolent power or become independent altogether.

Going back to the new origins, in addition to the one offering a vassalized start (called Imperial Fiefdom) the following are also introduced:

This last origin was right up my alley, since the Empire I usually play with is Fanatic Spiritualist with an eventual direction towards Psionics. Early contact with the Shroudwalkers gave my Empire access to several special events that can have positive or negative outcomes depending on our choices, options to gain Intel towards other empires, and the ability to build a Shroud Beacon as an add-on to one of our Starbases, which opens up something like a wormhole that allows direct movement through the Shroud, from our system to a random point in the galaxy. In my case that point was literally the other side of the galaxy, thankfully in the territories of a friendly empire, but someone else might not be so lucky (imagine offering a Fanatic Purifier empire the ability to travel directly to your capital planet). Of course, as with any Shroud medling, building the Beacon can have several other positive or negative side-effects.

It's also worth noting that, right after the Endgame Crisis (the Unbidden in my case) commenced, I received a message from the Shroudwalkers that more or less said "we're leaving the galaxy so we don't get killed, kthnxbye". A fleer's mother never wept, as the saying goes.

The second new Enclave can have potentially crucial implications on each playthrough. With Overlord, all states in the galaxy have the ability to convert some of their war fleets into Mercenary Enclaves. These become fully autonomous (meaning that we permanently lose control of the fleet we convert to Mercenary) and start offering their services to anyone who can hire them. They then pay a percentage of their profits to the empire that founded them. The prospect of a playthrough with a small empire that just sets up mercenary fleets and lives off their profits is rather tempting. Obviously, in addition to setting up Mercenary Enclaves, we can also rent fleets from Enclaves set up by other states.

Another important addition comes in the form of a new type of Megastructures, called the Hyper Relays. When constructed in successive star systems, these create a kind of "fast transport" network that radically reduces the travel time between systems, an important development especially during the early and mid-game when the most advanced ship hyperdrives have not yet been researched. By constructing Hyper Relays in all systems between our capital planet and a distant border system on the other side of our empire, for example, a ship or fleet that wants to make this journey (something that could previously take up to years) can do so in a few months at most. A particularly valuable service, both in peacetime (many times a Science Ship needs to move from one end of the empire to the other for research purposes) and in wartime (the importance of moving fleets in time to meet upcoming threats is obvious).

Hyper Relays can be built simply by researching their Tech, without requiring the specialized expertise to build Megastructures via the corresponding Ascension Perk. This means they can be built and provide their benefits quite early in each playthrough.

Overlord was released last month with several bugs and imbalance issues. However, to their credit, its developers have admitted that the expansion was rushed out in a bad state, and have since released patches that fix most of the issues, though some may still remain. Beyond that, a potential "issue" with Overlord is that its core additions, the aforementioned Vassals gameplay, may not really be of particular importance to those who have no aspirations of ever playing an vassalizing or vassal empire. Personally, I had never started such a playthrough until now, so my exposure to the whole concept was literally for the first time for the purposes of this review. With the above in mind, it becomes rather questionable whether someone would so willingly pay the 20 euros price tag for an expansion whose main additions are not that much of a concern to them.

Be that as it may, it's an undeniable fact that Overlord introduces many quality additions that upgrade one of the few remaining underdeveloped aspects of the base game, plus enticing new origins, megastructures and enclaves that will further enrich the mosaic of our stellar LARPing. After all, as is the case with most Stellaris expansions, it's always all about the LARP.

A bountiful expansion, the core of which may not seem particularly "vital" to all players. 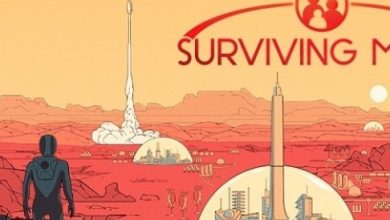 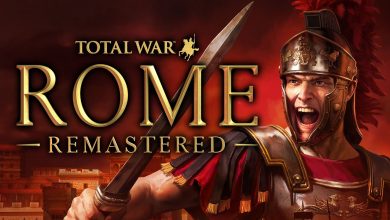