We Were Here Forever (hereafter WWHF) by Total Mayhem Games is the latest - actually the fourth - installment of the We Were Here series. What is We Were Here? It's a series of online co-op adventure games, more specifically what we used to call Myst clones.

The phrase "co-op adventure game" probably comes as a surprise to even the most suspicious gamers. And the fact is, the explosive rise of multiplayer gaming over the past twenty-plus years has never touched traditional adventure games. The attempts to do so have been so limited in number that it might be worth a little historical review.

Way back in the day, so long ago that most people in our country were unaware of the very concept of the internet, there was an online mystery, clue analysis and puzzle solving game set in ancient Rome called SPQR. For its time it was a great success and at some point a pure single-player version was released, called SPQR - The Empire's Darkest Hour.

Some years later, the excellent Zork Grand Inquisitor also had the ability to connect another player online, with limited features to point out hot spots and clues that the main player may not have noticed. I don't have hard data at hand to back up my opinion, but I honestly don't believe it's something anyone outside of the developers ever tried.

There was also the grand experiment of Uru: Ages Beyond Myst, which aspired to be the first MMO adventure, but the full game never realized that vision. Most of the game's content was worthwhile but purely single-player, while the online portion offered little more than sight-seeing and social hub, and plans for expansion were never completed.

From then on, multiplayer gaming and adventure games went their separate ways for many years, until Total Mayhem Games decided to pick up the baton and breathe new life into the genre, initially with We Were Here, which from its release until today is available for free via Steam.

For the needs of WWHF's presentation, the well-known to the forum's regulars Soad667, with whom we have played all three previous games of the series, took over as a companion. The basic idea of We Were Here, is the following: The (strictly two, no more or less) players take on the role of two guys who are lost in inhospitable places and need to escape. To do this, they must solve a series of puzzles. The difference with the well-trodden genre is that each has access to only part of the solution. The most common situations are twofold: either one can manipulate the various objects and mechanisms, and the other has the information necessary to understand the combinations and correct settings, or each has literally half the clue and they must explain to each other what they see in order for the solution to emerge.

Precisely because player communication is absolutely essential, WWHF offers inherently online voice communication, which during gameplay is implemented via the walkie-talkie that each character always carries with them. It works, but it's quite clunky, especially for gamers who are used to much more advanced VoIP systems, such as typically Discord which is probably well established among gamers, and which Soad and I used to play WWHF.

Speaking of the technical side of things, the graphics are considered highly satisfactory, and there is a considerable variety of environments. In terms of bugs, we didn't notice anything beyond intense stuttering for a few seconds every time a new area was loaded, but even this has been significantly reduced with recent patches.

Since WWHF is the fourth game in the series, it's worth noting that in terms of story or lore if you will, it doesn't matter and anyone interested can play WWHF without missing anything relevant. The previous three games in the series had practically no storyline beyond the original premise (you're lost/prisoner, you have to leave), and were also fairly short. WWHF is by far the most ambitious game in the series in that regard as well.

Firstly, it will take you at least 12 to 13 hours to finish, almost three times as long as the previous We Were Here. Second, there's a script, which is given in a fairly fragmented fashion and doesn't claim laurels of originality, but it's there. We're thrust into a region where once upon a time the king somehow gained almost godlike powers and became even more tyrannical than he was (who would have thought), his daughters and a few brave men form the Resistance, and the Royal Jester has a mysterious agenda in which we play a central role and even if we don't understand who it is - we just do what we can to get away from kings, inventors, ghosts, krakens (oops, spoiler! ), jesters and the usual evil stuff.

So-called Myst clones/likes - if a better term has ever been introduced to describe the genre, I don't know it, please enlighten me - have been around since the first Myst and even more so since Riven, intertwined with the concept of high intellectual challenge. Twisty puzzles and intractable puzzles that require the recording of volumes of notes, rapid-fire training by CIA cryptographers, the consumption of tons of grey matter, and sometimes a little luck to solve. But the We Were Here series has taken a different approach, with a much more passable level of difficulty, and WWHF is no exception. Judging, correctly in my opinion, that the factor of two teammates trying to get along provides enough challenge and fun in itself, they have ensured that the puzzles are of moderate difficulty judged on their own.

With Soad during the 13 hours of the Steam counter, we got seriously stuck only twice, once because I had trouble noticing the lever-bridge correlation correctly and once because we knew the solution but there was a relatively tight time limit (the only puzzle in the game that has such a limitation). Otherwise smooth sailing, though it certainly helps that Soad and I are powder-smoking traveling companions and understand each other immediately when clear instructions like "well, hit the switch with the symbol that looks like an alien artichoke with kangaroo ears" are dropped.

On the basis of the above statement, of course, I'll close the review with a caveat, which is surely well-known to those who are used to multiplayer games, but maybe traditional adventure gamers don't know: WWHF is highly successful at what it sets out to do, but the quality of the experience is entirely dependent on your teammates. I highly recommend We Were Here Forever, but only for those who intend to play it with friends. For those who try it with random people via the in-game lobby browser, I salute their bravery, but they will almost certainly not enjoy the game and will wonder what the high rating is for.

Despite a complete lack of competition, Total Mayhem Games delivers a successful and satisfying sequel to the We Were Here series. It's worth a try for all fans of the genre, no matter how alien the idea of an online co-op adventure game may seem to them. 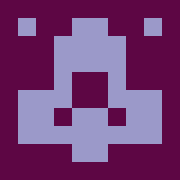 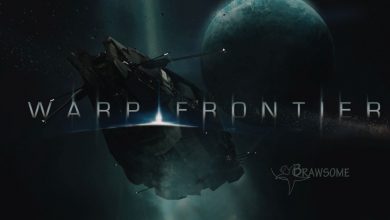