During the climactic showdown at the end of Piranha Byte's ELEX , we experience the battle between Jax, the "Beast of Xacor", and The Hybrid in the latter's Ice Palace. After its eventual defeat, the Hybrid made reference to "those who are coming" and "will change the face of Magalan forever". And, indeed, the last thing we see in ELEX's ending cutscene is a strange wormhole appearing in the planet's sky, foreshadowing what's to come.

Seven years have passed since that moment, and Jax's calls for the major factions of the world to cease their petty quarrels and unite against the coming danger seem to have fallen on deaf ears. Jax has withdrawn from everyone, including Caja, his Berserker companion, and Dex, their seven-year-old son, choosing to live alone in a deserted cabin in the mountains. And then... THEY arrived.

In this Hands-On Preview on ELEX II, which will be officially released next March, we will delve a bit into the world of Magalan and the developments that have taken place there since the events of the first ELEX, but also get into some general gameplay impressions while playing the first chapter of the game's story. A story which starts right at the invasion of the mysterious aliens prophesied by the Hybrid who have been given the name Skyands. During the opening cutscene, one of the Skyands' strange Spires lands directly on Jax's hut, forcing him to abandon his weaponry and retreat strategically.

ELEX II is, of course, a Piranha Bytes RPG, so very early on players are thrown into its beautiful world with the ability to go literally anywhere. As is the case in all Piranha Bytes RPGs, already from our very first steps in the world we will encounter enemies that can kill us literally with one hit, so strategic retreat is often the wisest tactic in the early stages of the game. At least, unlike in the first ELEX, the first enemies we can get viciously beaten up by are not overgrown mutated chickens, so our egos can now retain one slightly higher level of integrity.

In any case, we're also given the option to follow the quests of the main storyline from the start, which take us through slightly safer paths to the first plot-critical locations of the game. For the purposes of my preview playthrough I opted to take the road less-travelled, carving my own path through inhospitable areas (and running for my life quite often), attempting to visit the bases of the world's main factions as soon as possible.

The game world in ELEX II is more or less the same size as the first game. Compared to it, the sequel's map includes roughly the eastern half of its map plus a fairly large area to the east of it. Therefore, the desolate province of Tavar, which was the southeasternmost region of ELEX, is the corresponding southwesternmost region of ELEX II. Similarly, the huge Elex Converter that was located far to the north and in the center of the ELEX map, is the northwesternmost site players can visit in ELEX II .

Of course, just because parts of the 2 maps are the same doesn't mean that things are exactly identical between the 2 games. On one hand, in the south, the Berserkers have been systematically using the form of transmuted Elex known as Mana to do massive terraforming, a process which resulted in the once desert-like lands of Tavar now being lush green forests. On the other hand, to the north, the activity of the great volcano has now ceased, and thus the greater region of Ignadon has been transformed from a lava-filled volcanic wasteland to a snow-covered region, quite reminiscent of the Albs' homeland.

The first faction whose members we meet quite early on during our escapades on Magalan are the well-known Berserkers. As mentioned above, the Berserkers have expanded into the areas of Tavar previously controlled by the Outlaws, and have even taken over the Outlaws' former regional headquarters, the strategic location known as The Fort.

To maintain order after this conquest, and also to convince enough former Outlaws members to switch sides bloodlessly, they placed a former Outlaw named Rat (who we met in ELEX as a Trainer if Jax joined the Outlaws) in charge of the fortress. As also mentioned above, the Berserkers perform extensive terraforming in Tavar through the cultivation and installation of World Hearts, which have the ability to turn the Elex of the ground into Mana and consequently the former desert region into a dense forest.

What wasn't mentioned above is that the Berserkers' path in Tavar is obviously not covered in rose petals. For one thing, they still have to deal with the Outlaws - even former Outlaws who were persuaded to eventually become Berserkers - who didn't take kindly to the loss of the Fort or Tavar's newfound vegetation. On the other hand, the violent and fanatical faction known as Morkons (more on them later) tends to invade Berserker territory more and more often, taking no prisoners. As if all this wasn't enough, we also have the Skyands invasion, which might sooner or later become unmanageable if not dealt with.

As for the Outlaws, they have found a new home in the huge crater to the northeast of the Fort, which also happens to be the impact point of the comet that almost wiped out the civilization on Magalan and brought Elex to the planet 166 years ago. In this crater they have established a junktown, a center for business, trade and all kinds of "pleasures". The Skyands' invasion seems to have left the Outlaws leadership coldly indifferent so far. Instead, their main concern seems to be subtly monitoring the power plays between the other factions, and sneakily "interfering" whenever they feel they can harm any of them.

The other two previously known factions, the Clerics and the Albs, are both attempting to adapt to the new realities created in the region in the wake of the Hybrid's defeat and as a result of the Skyands' arrival. The Albs have managed to drive the Clerics from their old bases in Ignadon, and have themselves settled there permanently. The Hybrid's defeat at the hands of Jax, as well as the radical restriction of the Albs' available supply of Elex, have prompted them to restructure their leadership and social organization, adopting a new Directive and limiting the Elex they consume, seeing benefits in the existence of emotions (which heavy Elex consumption practically eliminated). Ultimately, the former Alb Commander Jax also came into closer contact with his "human" side and his success was unprecedented, so perhaps emotions can indeed contribute in their own way towards achieving the Albs' coveted "Efficiency".

This drastic reduction in Elex consumption has resulted in the rise of a new generation of more "emotional" Albs. However, not all Albs have been able to fully adapt to the new circumstances of Elex deprivation, nor are they all so willing to forgive Jax for the role he played in their defeat during the previous war.

The Clerics are even worse off, being a shadow of their former glory. After losing Ignadon in the war with the Albs, and with their high-tech headquarters in The Hort completely destroyed by the arrival of the Skyands, they have sought refuge in a castle in northern Tavar and are healing their wounds. Their numbers have been rapidly reduced, forcing them to adopt the more extensive use of Combat Droids and seek out new Recruits wherever possible: mercenaries, convicts, ex-Outlaws or dissident Albs. Whatever the case, the Clerics are probably the closest thing to a "righteous" faction one could find in this world.

The same can in no way be said for the Morkons, the mysterious new faction being introduced into the world of ELEX. Their base, known as the Grotto, is located in the Carakis region to the east of Tavar, in the underground tunnels of the subway system that used to lie beneath the now-deserted city of Tomsontown. To call the Morkons bloodthirsty would probably be the understatement of the century, as at the core of this fanatical group is the worship of Raavac, the "god of Oblivion", whose wish is reportedly the literal annihilation of all life on Magalan.

The Morkons believe that the death of everything is the only way to bring "balance" to the planet, and to that end they are prepared to fight literally everyone. Even the coming of the Skyands is considered by the Morkon leadership to be a "God-given" event which will contribute to their genocidal plans. But they too have their internal strife: a heretical "cult" is said to promote the worship of another god, clearly more moderate than Raavac. The doctrine that ultimately prevails among the Morkons, with or without Jax's contribution, might have a decisive influence on developments in this corner of Magalan. 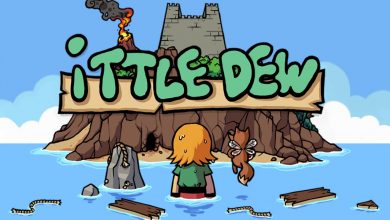 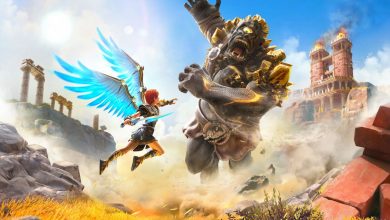