The "sport" of searching for new titles is often quite an enjoyable process. All the more so when it is accompanied by noteworthy finds that have not been heard as much as they should be. One such case is Allods Team Arcade's Blast Brigade VS The Evil Legions of Dr. Cread (this is what I call a long title), which is a completely accidental discovery that, to our delight, has been one of the best Metroidvania we've played recently.

I won't hide from you that the reason for the more in-depth analysis of Blast Brigade was the graphical aspect of the game. Its colorful, cartoony style, combined with the beautiful animation was love at first sight, and the fact that the gameplay seemed to feature quite a few influences from SNK's classic and beloved Metal Slug was the "checkmate" for taking on the review.

A game, which has been in Early Access for quite some time, takes on a nice story, reminiscent of some 80's cartoon movie. Hence the era it's set in, with the blond-haired protagonist Jeff Jefferson being a caricature of Rambo-type heroes. Jeff is a member of the B.L.A.S.T. an American based organization that aims to thwart the plans of the various "bad" guys who are jeopardizing peace on the planet. One of these bad guys is Dr. Cread, who is based on a tropical island and, with the help of his army, is absorbing all of its resources with the ultimate goal of world domination.

The hows and whys are unnecessary: Dr. Cread is just evil, so he can do whatever he wants. B.L.A.S.T.'s job is to stop him, so the team regroups and boards a service plane bound for the island. However, the trip doesn't go well at all, as the plane is shot down by an anti-aircraft gun, with the team members either captured or landing in steep locations, leaving Jeff alone to save the day. Of course, this is only the beginning of the adventure, as Jeff will soon find several allies during the, at least, 20-hour adventure, as well as plenty of items that will both enhance his equipment and increase his ease of movement among the dozens of obstacles that will come his way.

As with any self-respecting Metroidvania, the game starts with the bare essentials, with most passages being inaccessible, with the prospect of visiting them later when you've been empowered or gained the appropriate ability. Initially Jeff only has an assault rifle with 30 bullets that automatically reload after a short time and a simple jump. Later we acquire more weapons of various kinds (note that we can carry up to two at a time, one primary and one secondary), but also a limited special move that, in Jeff's case, fires a shell from a deadly grenade launcher.

Each time, our goal is simple and clear: to reach the next objective that is requested and depicted on the game's quite useful map, eliminating all kinds of threats and trying to avoid any traps that threaten our physical integrity. These objectives can be finding a person, activating a critical switch, eliminating an important target and so on. The usual staff.

Apart from the main objectives, there are also several secondary ones, which are usually of similar logic (there are a couple of fetch quests though) and include rich rewards in coins (to spend in the beach shop, aka the game's hub), but also in more special items worth discovering on your own. After all, the game is literally filled with secrets, so many that you'll really sweat to manage to explore it 100%. Something you definitely won't regret, as valuable permanent buffs like more health or more uses of the special move will only make your task easier down the road.

However, the game doesn't stop there, as it has other aces up its sleeve, especially once you acquire new powers such as dash or wall-climbing. So along with Jeff, there are other agents who share his goal, such as the ex-Soviet assassin Shura, the cyborg Scot Galahad, and the native Vortex, each with their own unique powers. These agents are gradually allied with Jeff, who can be chosen at will by pressing the relevant button, and it's worth mentioning that for various reasons explained by the game's storyline, they share the same health and energy bar.

For example, Shura has a grappling hook that can be applied at predetermined points, Galahad can electrically activate deactivated devices, while Vortex can teleport wherever circumstances require. Soon then the game begins to get more complex, far from simply tapping on the elevated platform and continuing on to the next screen, thus pushing us to think a little more. Admittedly, the resulting challenge is elevated and often we would say unexpectedly high. As much as its presentation may not show it, Blast Brigade is a demanding game, with the level of difficulty often leading to dangerous pulse-raising due to some decisions that may act as a deterrent for some players, perhaps a "challenge accepted" for others.

One of these is definitely the small number of fast travel points (you'll be throwing a lot of foot work), the ability to change our equipment only when we are at a checkpoint, and arguably the main one is the apparent lack of ways to refresh our health. The most basic way is to locate a hammock/checkpoint and drop it off to sleep, but admittedly this is not something we encounter often, or preferably not as often as we would expect. Sure, we carry (up to three) healing potions, but they are of very limited use: they perform slowly, they don't fully replenish our heart count (until they are upgraded at least), and to consume them, we have to stay still - you realize what this means during e.g. a fierce boss fight.

Besides, battles, although generally not terribly difficult and it is enough to observe the pattern of enemy attacks to react accordingly, often create situations where it is almost impossible to escape without casualties. Certainly, the fact that we lose energy at even the slightest touch with an enemy is definitely to blame for this, which further strains the situation.

In general, the game relies a lot on trial and error, especially against the bosses, for each of which it is rather unlikely not to need at least five or six failed attempts before we discover how to defeat them. However, despite the high level of difficulty and the frequent backtracking created by the relatively sparse checkpoints, Blast Brigade proves to be so much fun that it's hard to put it down. This is aided by the flawless and solid handling of the game (either with gamepad or mouse/keyboard), which is, after all, the alpha and omega of an action/platform game. The combat system is well thought out and well-designed, additionally offering the possibility to assign some passive skills to our heroes (after locating the relevant modules first - as we said, exploration is everything), thus creating additional customization possibilities. Combined with the variety of performances in both environments and challenges (you'll rarely see the game repeat the exact same patterns), they make Blast Brigade one of the most polished implementations of the genre.

Really, it's one of the few times when a game makes me lose my patience so much that instead of giving it a good uninstall (with the associated "swearing"), I come back stronger and more determined to get through a difficult boss or a tough platform puzzle - and there are quite a few of them. The saying "git gud" is applied here too, but it would be an exaggeration to say that the game adopts "Souls-like" "grit", although it borrows a couple of elements from it (such as losing a percentage of money until you return to the point you lost). Perhaps sometimes it does become unfair and unnecessarily frustrating, but these moments are the vast minority and undoubtedly, they don't ruin the very good experience one gets from playing.

On the contrary, as Blast Brigade is obviously full of quality and passion. The lovable graphical aspect is accompanied by tons of humour and satire, and a quality voice-over, while the gameplay has an impressive depth and is enriched each time so aptly that it sharply renews interest until the end of the adventure. An adventure that will be unforgettable, especially if you're a fan of Metroidvania games. We can't wait for the sequel, which according to the game's finale, is very likely...

Beautiful but quite difficult Metroidvania, Blast Brigade is one of the best representatives of the genre. 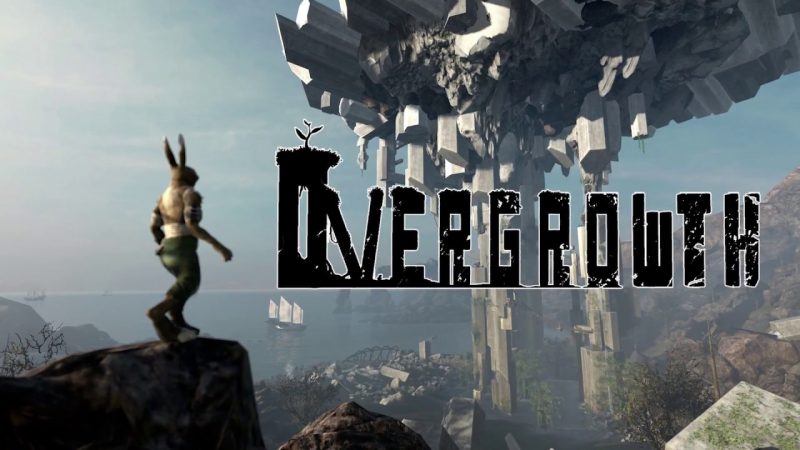