It can only be described as a good thing that Daedalic Entertainment is returning to the adventure game industry. Even if in this way, that is, by keeping only the role of publisher and not that of developer. Because the latter has been taken over by Elf Games, a small development team from Italy, whose Children of Silentown is only their second effort. However, it's clear that there's an abundance of talent among the people from the neighbouring country, and it proves once again that wherever Daedalic shows up, something good is behind it.

This is evident from the very first minutes of the game, with the introduction putting us firmly in the rather dark and, perhaps, pessimistic mood of the game. The story revolves around a little girl, Lucy, who resides in the town of the same name. As beautiful and picturesque as it seems to be, life there is far from happy, as there is a strict ban on any loud sounds (children's voices, songs and dances), and every time darkness falls, all residents are forced to lock themselves in their homes. The reason for this is that for many, many years, monsters have been ravaging the neighbouring forest and kidnapping a resident every now and then, mostly during the night. Or at least, that's what the "adults" believe and tell the children.

However, the truth is that none of those who have gone missing have returned, and because of the fear that has taken over the hearts of adults, no one bothers to look for them. Besides, Lucy, and several other of the town's children, suffer from terrifying nightmares, which arise for unknown reasons and have also played their part in the heavy atmosphere that prevails. However, both the prohibition and the "terror" of the adults does not prevent the children from being very curious about the goings-on in Silentown, which of course incubates great dangers. Soon, Lucy will find herself in a very difficult situation, where she will have to learn the whole truth and, in the end, make a huge decision...

Admittedly, the game's plot doesn't contain anything we haven't seen before, even in various movies and books, however, it is very well written, with an interesting climax and with several allegorical messages, especially after the second half of the game. The characters surrounding the adventure are well integrated into the story, with most of them having a real reason to exist and a distinct personality, especially the children who make up Lucy's group, who will get us into trouble more than once.

As for the main game now, Children of Silentown is, for the most part, a traditional point 'n' click adventure. Commonly, you'll need to communicate with other people, pick up and use items to solve the game's puzzles and so on. No surprises so far, with the puzzles being within reason and rather low level for an experienced adventurer.

The only case of getting stuck somewhere is if we haven't located a hotspot, due to the lack of the relevant indicator, but this is not a major problem, as there are relatively few locations we can visit at a time, so sooner or later we'll get unstuck. And there are occasions when we can give different responses to certain questions, which have an impact on our relationship with the other children. For example, we have the option of lying to a friend about something, which if we do, will affect the way she treats us afterwards. Except for one point towards the end of the adventure, however, we didn't notice anything that drastically changes the story, so it pretty much doesn't matter all that much whether we're a good girl or...a devil.

Where Children of Silentown creates controversial impressions, is its puzzle element, which is quite intense. During the course of the game, Lucy is able to learn certain notes by clicking on the appropriate objects or for the sake of the story. If she collects a certain number of them, she learns a song, which has some special features if the relevant button/shortcut is pressed. As an example, a song allows us to learn the deeper thoughts of our interlocutor, which makes it much easier to solve some puzzles. However, carving thoughts requires solving a puzzle/mini-game, which is unfortunately repeated too often in the game.

And okay, let's say that the sewing mini-game, where you have to go "one-two" through all the button holes is fun and entertaining. But the other mini-game associated with another song, with the spinning tiles and gears, is anything but fun and unfortunately appears more often than any other. Personally I didn't like it at all and wasted a lot of time in order to find the solution to each of them, with nerves often twitching dangerously. Some other players might find them interesting though, so I'll pass here.

Apart from that pimple in the face, there are a few more mini-games included that aren't necessarily related to the songs, but nothing that took more than five minutes of effort. There are four songs in total, with one even being "hidden", with the notes to be discovered being optional to complete the game, however this alone unlocks the "best" finale of the game. It's worth mentioning here that there are four finales, but due to the fact that there is no regular save routine (only autosave that takes place every few seconds), you have to replay the game from the beginning three more times if you want to see them all (and earn the achievement). Judging by the fatigue some mini-games created for me, I'd hardly attempt it again.

Aside from the drawback of clinging so much to mini-games, Children of Silentown is enjoyable. Both to watch it, with its gorgeous, abundantly varied, hand-drawn environments and its adorable and (at the same time) eerie characters (what vacant eyes they are...) and to listen to it, thanks to the amazing tunes coming out of the speakers. Voice-over is minimal (only the narrator can be heard in certain parts of the game), but its absence is not distracting at all and even enhances the illusion that we are indeed in a... silent town.

Summing up, Children of Silentown left us with very good impressions. If its puzzle/mini game element had been tamed and there were more "typical" adventure puzzles or even like those of the last chapter, then it would have scored even higher. However, the darkly beautiful story it tells, its immersive atmosphere and the messages it wants to convey are more than enough to make it stay etched in your memory for a long time.

Technically well-made with a beautiful allegorical story and sufficient adventure mechanics, it would create a better impression if it limited the repetitive mini-games. 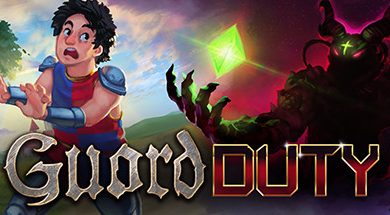 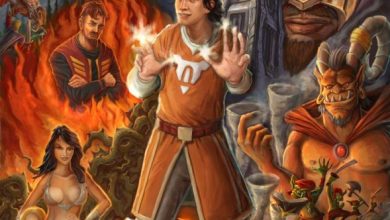 MAGE’S INITIATION: REIGN OF THE ELEMENTS