Eastward is special. It doesn't show anything we haven't seen before, as it looks clearly influenced by classic titles like The Legend of Zelda or Earthbound. Its basic gameplay mechanics are simple, the story it tells is also simple, yet it has something that falls short of many modern games: a soul.

As much as the "childishness" that pervades its technical aspects, whether we refer to its graphics or to the majority of its music themes, may seem repulsive for many people, Eastward is a game that charms you from the first minute and with open arms, challenges you to love it. Whether you heed to its call is entirely up to you and your experiences.

Besides, the story is quite interesting and far from "childish", considering the topics it touches on and their possible implications. Set in a future world, where it is implied that a major catastrophe has preceded it, the protagonists of the story are two: the white-haired little girl Sam and the bearded John, who inhabit a subterrannean city called Potcrock Isle (oh the irony). There are few opportunities for a better life in this city, with the residents' main occupation being digging, which is perhaps the only livelihood one can choose. Remarkably, the mayor does not allow anyone to leave the city, fostering a climate of terror that the surface is a very dangerous place to be and anyone who dared to go there, never came back. His audacity even goes so far as to describe life on Potcrock Isle as... privileged.

John is also a poor digger, with no second pair of socks to wear, but also with a huge talent on cooking, who one day discovers little Sam buried deep in the earth. How she got there remains unclear. The two have been inseparable ever since, with Sam proving to be a bright and lively girl, but she seems to possess some sort of peculiarities beyond what we call "normal". Following a series of unfortunate (or not so unfortunate) events, John and Sam are forced to leave Potcrock Isle for the surface, where they find that all is... fine.

Or so it seems at first, until a mysterious black mass appears, which literally swallows everything in its path. What exactly is going on and what John and Sam's connection to all of this is something you'll have to discover for yourself. After all, the tangle of the story unravels through an adventure of about 30 hours, which stands out for the interest it arouses in the player for its conclusion, but also for a huge cast of memorable characters who play a greater or lesser role in the lives of the protagonists.

Being a game that could be classified as a JRPG, it's no surprise that much of the adventure is devoted to dialogue and... pressing the button for the next line of dialogue. Unlike other similar productions, however, Eastward doesn't ramble aimlessly and rarely becomes tedious, even when it strays from its main path by presenting some considerably more "light-hearted" sequences. This is certainly helped by the fact that the dialogue is well-written, believable, as funny as it should be, and smart enough to make us pay attention to what is being said rather than just boringly skip past it to see what happens next.

The dialogues and the narration are the one side of the coin. The other side is found in the action element, which is activated when in dungeons or hostile areas and without making a huge impression, is perfectly functional. We control both characters simultaneously, both of which move together as one (and take damage as one, to top it off), with the main character switching at will, and when circumstances demand it, it's possible to split them up completely and let each follow their own path. Note that the latter is only allowed for the current screen we're moving around on, so there's no chance of forgetting John at the start of a dungeon, having arrived with Sam at the end of it.

Combat take place in real time and have a remarkable variety, as much as it may not be obvious at first. John uses more mundane weapons, with his trusty frying pan (!) being his primary weapon, as well as bombs that serve to discover hidden treasures per dungeon, among other things. Later on, of course, he'll find more weapons (three in particular) and two new types of bombs that are hand-saving in several situations. Sam relies on her magical powers, which (at least initially) are not lethal, but imprison enemies in huge bubbles, giving John the opportunity to take them out more easily.

Therefore, cooperation between the two protagonists is necessary in order to overcome all the obstacles that are looming ahead of us. Obstacles presented either in the form of a puzzle or in the form of a boss fight. What is striking is that the puzzles have a remarkable variety and inventiveness, which is both rare and surprising for a game of this length. It's a question of finding a puzzle that repeats itself unchanged for a second or third time.

The same goes for the various boss fights, where, as usual, brute force is not enough to take them down, but thought and strategy are required first. In essence, however, they require nothing sophisticated from our end, beyond elementary reflexes and deciphering the patterns they follow. Because of the relatively low level of difficulty that generally pervades the title, prevailing is simply a matter of time.

After all, if we do some basic cooking, everything becomes even easier. Next to almost every save point (in the form of a fridge), there's a kitchen eye, which we can use John's immortal frying pan on. So by gathering ingredients (vegetables, meat, fish, fruit, etc.), either by buying them from shops or collecting them as we wander around, we can set up various kinds of dishes, which instantly replenish some of our energy or give us time-limited buffs. If we even win the "slot machine" that accompanies the preparation of each dish, we considerably boost the performance of the dish. Consequently, we can fill our (upgradable) backpack with enough dishes capable of helping us endure all hardships, as long as we're a bit careful, of course, as our heroes are not made of steel.

More generally though, the game is generous in providing the right materials when you're in a tight spot (e.g. extra hearts if you're out of energy), while the frequent autosave system ensures that you'll almost never hit a dead end. Besides, Eastward makes sure to constantly surprise us, not only with the various punchy mini-games, but by including an entire game-within-the-game, the famous Earth Born, which visually resembles a Game boy title and is a mix of JRPG and... Pokemon. On its own, Earth Born is enough to keep us occupied for many extra hours, on top of the 25-30 needed for the end credits. One thing's for sure, the folks at Pixpil have an excess of gusto and have poured all their heart and soul into Eastward.

Sure, Eastward is not perfect. It could have used a little more sophisticated combat system, maybe a handful more side quests (the experience is pretty linear), and there are "questions" that go unanswered at the curtain call, as well as about the fate of some of the story's characters. However, little of this matters when it comes to a game with a "soul" like Eastward. It's a game that if you're a fan of the genre, you'll love it, while the rest will hardly be left unsatisfied. As long as they give it a chance.

Far to the East

A charming game, with the simplicity and "naivety" of JRPGs, but with its own unique personality. 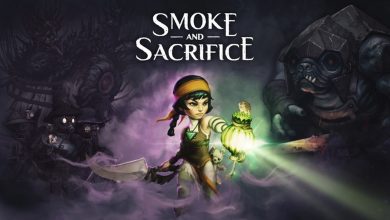 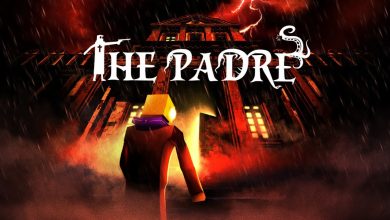 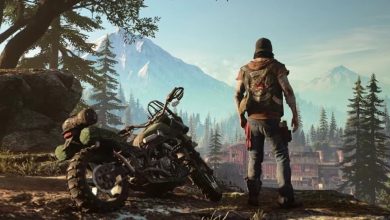 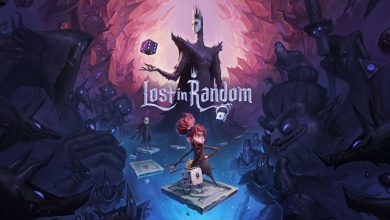