We have gotten to know the Danish developers of Logic Artists through the special RPG/Strategy mix in their first 2 creations, Expeditions: Conquistador and Expeditions: Viking. In their newest release, Expeditions: Rome, the action focuses on an even older historical setting, that of the Roman Republic, and specifically its swan song in the mid 1st century BC. For the most part, anyway - it should be stressed from the outset that Rome is not a game 100% faithful to "historical reality". It touches (quite loosely, perhaps) on an actual era, and in the context of that era we will meet real historical figures in the course of the game who marked equally real historical events. But the arrangement of these events, the time in which they unfold, their protagonists, and the "world state" created as a result of them are little to completely different from "reality". This is stated and made clear by the game itself, as literally within the first half hour of the action we are informed about the "off-screen" death of a... pretty great historical figure (maybe the greatest guy ever, objectively speaking).

The above is given purely as a... trigger warning to any who are looking for 100% historical fidelity from Expeditions: Rome. If you are looking forward to a "historical novel" that contains an almost educational commitment to the depiction of this historical period, the game will disappoint you. Instead of these features, Rome clearly places more emphasis on telling the personal story of the fictional protagonist, which ends up largely "appropriating" the historical exploits of other characters.

The story begins with the death of the protagonist's father in Rome, allegedly by the hands of his political opponents, an act that leads him/us to flee the Eternal City and arrive in beautiful and sunny Greece. There, he joins the service of the Consul and General Lucius Licinius Lucullus, and specifically the corps of Speculatores (a "special forces" unit of sorts, we might say) of his Legion, which is in Mytilene to confront the fleet of King Mithridates of Pontus during the events that have come to be known as the Third Mithridatic War. In the course of the story we end up commanding our own Legions (even when playing as a female protagonist - as already mentioned, historical accuracy is not the ultimate pursuit here), visiting Asia Minor, Egypt and Gaul, ocassionally stopping off in Rome itself, making alliances, showing leniency or hatred towards opponents, punishing our father's murderers and Rome's enemies wherever they stand, inside or outside its walls. It becomes obviously clear that the choices we make during our adventure will affect the final state of the provinces we visit/conquer, as well as the fate of the Roman Republic itself.

Expeditions: Rome's gameplay could be roughly divided into two sections, one concerning the World Map aspect and a second one related to touring the individual locations of the world. Taking on the second section first, we could say it concerns the more "traditional" RPG features: talking to NPCs in each area, undertaking and completing quests, fighting turn-based battles and collecting loot. These turn-based battles are undoubtedly some of the highlights of the title, both compared to previous games in the Expeditions series and to other tactical RPGs out there. This is mostly due to the extensive implementation of an Objective-Based combat system, meaning that each battle has a distinct Objective that must be achieved for its victorious completion, an objective which isn't necessarily a simple "Kill all enemies" (such an objective obviously exists, but it's not the norm). Sometimes we'll have to kill a certain number of enemies, other times we must move our entire party to a certain spot on the map, destroy an item or kill a certain enemy, and more. Combined with the wide range of battle terrains we'll encounter, this system undoubtedly adds great variety to the battles and prevents them from becoming a repetitive chore.

Several times, optional objectives are also presented, which affect the outcome of a battle and potentially the entire Campaign. For example, to complete a battle in the first Chapter we can either simply kill an enemy Leader Unit, or alternatively kill 10 of his soldiers, an action that will lead the leader to give up the battle and surrender. And thus, if we capture him alive, the leader plays an extra role in the Main Quest as he is a bargaining chip in our character's hands.

The World Map gameplay section is... slightly more complicated to analyse, mainly because it's overloaded with features. There's the obvious movement of our party around the map, which costs resources (water, food and medicine) over time. During our movement it is possible to collect scattered resources, visit individual locations of each province, or suffer some (beneficial or hostile) random event. On the other hand we have our Legion, which could literally stand on its own as a separate game. We direct the Legion on the map separately from our party in order to occupy resource buildings (which provide the raw materials to upgrade the camp facilities, i.e. the mandatory base building part), to attack and occupy the enemy locations of each province, or to defend against enemy attacks towards an area already in our possession.

These "grand battles" are fought with a system that is completely separate and different from the turn-based battles our party participates in. In addition to the Skills of our Centurions (which we recruit at the Legion's camp), as well as the Legion's Manpower and Morale, the outcome of these battles is determined by something like a peculiar card game: battles are divided into 3 phases, and at the start of each phase we choose 1 of 3 randomly available cards that correspond to some kind of strategic trick/stratagem, each of which offers a different bonus and/or penalty (we can research new and more powerful stratagems if we build a specific upgrade to our base). If at the end of each battle the combination of all of the above factors results in having higher Manpower than the opponent's army, then the battle is won.

Does the above seem complicated to you? It is, and more so than you might imagine from reading these words! Some familiarity with these mechanics is progressively acquired, but even after successfully completing the game, I would be lying if I stated that I have 100% understood the philosophy behind the combat mechanics. At a certain point you end up making sure you just start battles with a higher manpower than the opponent (we can recruit Legionnaires for money back at the camp, or wait for the wounded to recover over time), and that alone seems to be enough most of the time.

The game's writing has its ups and downs. There are some very well-written quests, dialogue with clever humour, equally well-written NPCs, while the way the storyline unfolds and, combined with the choices offered, the protagonist's character is progressively transformed from a young fugitive to an experienced general and the potential saviour or destroyer of the Roman Republic, is truly masterful. At the same time, however, there is a lingering sense that we are watching what we might call a... "Netflix Adaptation" of the Roman era. Apart from the removal of any fidelity to historical reality, we will also read words or expressions that are purely modern and do not stand up to the ancient setting, while at the same time it is more than obvious that the developers are trying to draw excessive attention to social situations and institutions of the time (slavery, the status of women and the Romans' treatment of barbarians, to name a few) which are treated with a 2022 mentality and certainly not in the mindset that would have prevailed at the time. This may not be a negative thing in itself, and occasionally even offers interesting opportunities for RP, but it still breaks immersion at least a little bit.

The final feeling that Rome leaves is that it is probably the most streamlined and almost AAA-production-level member of the Expeditions series. The graphics are gorgeous, by far the best we've seen in the series so far, the game's dialogue is 100% full-voiced, and technically it's flawless (in the final release version at least - one of the reasons I delayed completing the game and writing the review is that I encountered a gamebreaking bug in the preview version, which was only fixed after the release day patch). Combined with the excellent implementation of Objective-Based battles and the RP options offered, it becomes clear that it's at least a step above Expeditions: Viking in almost every area. There are of course some "yes, but not quite" elements, mainly regarding the game's writing and in the broader Legion management aspect, where there is a prevalent feeling that the developers attempted to implement too many features which still needed a bit more polish, depth and content to be considered complete and truly shine. But these alone are not enough to overturn the general conclusion that this is probably the most complete Expeditions game we've seen so far. It may be "Netflix Rome", but at its core it's still Rome, objectively the noblest idea ever conceived by humanity.

Despite the overstuffed Legion Management aspect and the lingering feeling of watching a Netflix adaptation of ancient Rome, the objective-based combat and RP options available make Rome the most complete Expeditions game yet. 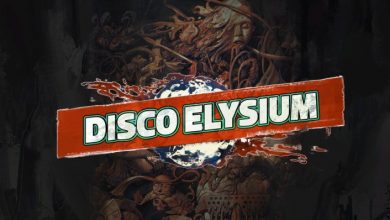