The hardest part of writing a review is getting it started. It is the moment when the white "paper" and the cursor are patiently waiting to be filled with words that faithfully reflect the writer's thoughts. When dealing with a new game, the first words can prove to be challenging, as they have to be written in such a way as to catch the attention of the unsuspecting reader. Conversely, when introducing a sequel to a well-known game, things become much easier, as there is a so-called "past life".

However, the case of Far Cry 6 contains another peculiarity: The entire review can be duplicated almost exactly with those of Far Cry 5 and Far Cry: New Dawn, just by changing the location and names a bit. You see, Ubisoft, true to its rendez-vous, has once again followed its familiar mantra, resulting in a game that will satisfy fans of the series who know exactly what to expect, but will turn the head of those hungry for something new away.

Following the pattern of all previous Far Cry games, from the third one onwards, Far Cry 6 takes us to the island complex of Yara, a Spanish-speaking Caribbean country (don't look on the map, it doesn't exist, of course), which has a lot in common with Cuba. Besides, quite coincidentally, there's a dictator oppressing it, but we won't touch on that further, as the game doesn't want to have any political implications...

So the dictator in question, named Anton Castillo, played by the excellent Giancarlo Esposito (Breaking Bad, Mandalorian), is a...traditional oppressor figure. Tough, relentless, ruthless, where in order to achieve his goals, he uses the most despicable methods, without a trace of empathy, while at the same time trying to carve the same path for his young son, Diego. But that's where things get a little sticky, as Diego may love and respect his father, but he doesn't show much zeal to embrace his barbaric methods.

Leaving aside the Castillo family stories for a moment, the game puts us in control of Dani Rojas, who after a series of random (or not so random) events, decides to team up with the revolutionary organization La Libertad. Libertad's primary goal is to overthrow the dictatorship, which a rather difficult task, as Anton Castillo is a whiz at propaganda. On the one hand, by completely cutting off the population from the rest of the world, and on the other, by inflating patriotic sentiment, claiming that the cultivated plant Viviro, which exists only in Yara, is the medicine that can cure any disease. Which proves that whoever decides to work in these fields is a patriot of the first order. No matter if his health is later irreparably shaken, as the plant is actually carcinogenic...

The fall of the regime is no easy task, as the whole of Yara, which is not a small country, is under the full influence of Castillo and his associates. In particular, there are three big "brains" strategically placed in different parts of the map of Yara, where the relevant rebel group is also present. Therefore, one of Dani's main objectives is to succeed in uniting all the rebel groups, and he will only be able to do this after the leader of the region has been defeated. Strength in unity is what they say, after all, isn't it?

If the story's structure reminds you of Far Cry 5... bingo. As was the case in the previous game, each area is almost self-contained, with its own missions and problems that only Dani can solve, but in the end it all comes down to Castillo. Admittedly, this time around Ubisoft has shown much more emphasis in the plot and character development, both by using an actual protagonist who is actively involved rather than a silent unwilling being with a name, and by the plot progression, full of intrigue, backstabbing and a few murders. However, it won't make us tear our clothes off either, as several of the story's protagonists are "pale" to say the least, and somewhere along the way it gets mixed up with the political correctness that an AAA game of our time "ought" to have and addresses issues that, in a similar war situation, no one would care about. Really no one.

But the same zeal doesn't seem to have been passed on to the gameplay of the game, which is almost the same and unchanging. At least this time most of the hard-earned skills of the previous games are offered almost from the beginning (grapple, wingspan, chain kills, etc.), in the absence of a skill tree (wow! ), on the other hand the gameplay is hopelessly familiar: at the beginning we are weak, so play stealthy to the bone, more shoot-y later when we become "commando" or guerilla, as we are called at least a hundred times during the game by the quaint Juan Cortez.

After all, the whole point of the game lies in the fortresses that we have to conquer in order to both increase our hero's rank and get more help from the rebels in the area. Conquering a fort is no different from what we know so far and the truth is that, after seeing the truly HUGE map (by far the largest in Far Cry so far), we felt very uncomfortable with the idea of having to free all of them. It felt more like a chore than a fun process. Presumably the concept of a sequel for Ubisoft is "bigger is better", even if it means repeating the same pattern ad infinitum.

On the plus side, the shooting element is definitely one of the best, which is well done and at the usual high levels of the series. Particularly in Far Cry 6, there is a great emphasis on the equipment, mainly of the protagonist (with helmets, jackets, boots, etc.) but also with the weapons we find, which can be upgraded in dozens of different ways (assault rifles, rocket launchers, flamethrowers, sniper rifles, etc.). But the big secret lies in the Supremos. These are special backpacks that have the function of a... super power, which annihilates almost everything in its path: from drones to EMP packs to combinations of these, Supremos are lifesavers and game changers if used correctly. Their recharge gets faster as you shoot people, in an attempt to get the game at a faster pace, but at the same time is shot down by the need for stealth in most cases.

So the stealth approach remains the best solution to clean an area without sweating, but the AI approach is still very naive, but also very irritating at the same time. The so-called "naivety" is due to the fact that it takes quite a while for them to notice us, especially if we move crouched, while the irritation arises from the fact that on the not-so-rare occasion that we are noticed, enemies gather by the dozens and are truly eagle-eyed on the mark. The ability that in some areas we can holster our weapon, so as not to attract attention, does not significantly change the way we move. I think beyond two or three times I tried it, I never attempted it again. Supposedly Amigos would offer some alternatives in combat (the equivalent of companions, but with animals like crocodiles, dogs, etc.), however beyond keeping a few dumb enemies busy in moments of panic, we didn't realize much use for them.

If there's one thing we're relieved to see, it's the dozens of fast travel spots, which saves considerable time in commuting. Even with the abundance of vehicles available (cars, ATVs, helicopters, etc.), travel is time-consuming, and the heavy presence and use of horses on the "guerrilla paths" appealed to us, but our eyes didn't agree with the shakiness of the camera.

After all, as with all Far Cry games, the map is full of "marks" waiting to be cleared, which include the usual treasure hunts, environmental puzzles and even more humorous sequences. If it weren't for a serious fast travel system, we doubt we'd bother with most of them. As well as the restoration of the various guerrilla structures, which by finding the right raw materials, qualify quite a few goodies for our protagonist (especially in weapon crafting), but again, the mechanics are so standardized that it's hard to make a big impact.

Moving on to the technical aspect, Far Cry 6 is in a single word gorgeous. The exotic setting helps with that, of course, but the fantastic world that Ubisoft's developers have once more created makes you gawk. Especially some beaches, jungles and some picturesque villages are visual "paradises" and their rendering is, to say the least, stunning. However, this beauty has consequences on the game's performance, being the most system-hungry Far Cry we've played so far, so before you proceed with any purchase, make sure you exceed the minimum requirements.

Sound-wise, the game has the soundtrack that would fit in such an environment, with Latin American melodies dominating, as well as some other more familiar tunes (such as the now infamous Bella Chao). Of course, the actors who have taken on the voices of the main characters have predictably done a great job - it couldn't be otherwise in a production of this standard.

In conclusion, if you have no prior experience with the franchise, Far Cry 6 is a game that can definitely be fun to play. On the other hand, if you're one of the series' devotees, you'll spot stagnation and repetitiveness in its mechanics from a mile away, to the point where finishing it at 100% is a real feat. Therefore, if you know what it's all about and haven't had your fill yet, then Far Cry 6 is for you. If you think you'll get pimples if you see one more fortress, then leave it alone.

Another one "by-the book" Far Cry that doesn't surprise, doesn't innovate, but remains a satisfying experience.

Lover of action, shooter, adventure, RPG's and sometimes racing games, he prefers mainly single-player gaming. Every now and then he breaks out into a multi, but he doesn't overdo it.
View thread (6 replies) 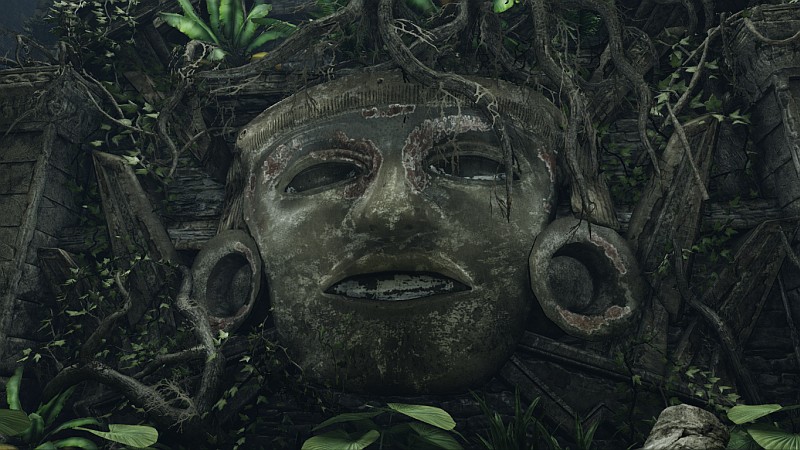