As with any game genre, there are mediocre and poor quality adventures. There are also those that are solid and entertaining for as long as they last, but lack the "x-factor" that would make you remember them the next day. But there are also adventures that can have the potential to stay etched in your mind for days, thinking about what you saw and what you experienced.

One such case is The Excavation of Hob's Barrow (formerly known as Incantamentum) by Cloak & Dagger Games, a game that captivated me to such an extent that I think it's probably the best I've played this year in the genre. I'm not placing Return of Monkey Island in that statement, because that's a separate category where I can't be objective to judge, but based on so many notable productions we've seen this year, the experience of Hob's Barrow (for short) was one click above all others.

What's remarkable is that this is not an adventure with tight or incredibly inventive puzzles that surprised me enough to push me to rate it highly. It is due to the fact that the story it tells, allied to the extremely well-written characters that elaborately "dress it up", and the truly top-notch atmosphere that pervades it, make for a unique experience that is unforgettable.

The game takes us to England in the late Victorian era, where we control Thomasina Bateman. She is a well-known archaeologist, with several excavations on her CV, who has decided to write a book about the barrows of her country. An admittedly lengthy process, as the Island's barrows are really dozens, and not all of them hold any interesting secrets. There are many cases (the majority that is) where the treasure proves to be, literally, ashes.

One day he receives a mysterious letter from one Leonard Shoulder. This man claims that in the small village he lives in, called Bewlay, located somewhere in the countryside of Northern England, there is a barrow that she will surely be very interested in including in her book. Thomasina had never heard of either Bewlay or the sender, yet the contents of the letter intrigued her so much that she decides to pack her bags and visit this remote village.

When we got there, the situation did not look promising. For one thing, the Bewlay train stop was deserted, and for another, Thomasina's first encounters with the locals were rather discouraging for an aspiring visitor. An old woman who spoke in... riddles and seemed to know a lot more than she was letting on and a drunk who tried to... hit on her. But that wasn't the worst of it. When Thomasina arrived at her rendezvous point, The Plough and Furrow Inn, Mr. Shoulder was nowhere to be found.

To the reasonable question that Thomasina asked the innkeeper, but also to the rest of the villagers (those who took the trouble to talk to her), about the whereabouts of the guy, she received completely contradictory answers. The situation began to get even more difficult when her assistant, with whom she had arranged for him to come by train the next day as well, didn't even show up, while Leonard Shoulder still showed no signs of life. What exactly is going on in this foggy village? Why are most of the residents trying to prevent us from digging in Hob's Barrow? Are they really illiterate people, full of superstitions, or is there some truth behind the words?

This is where we stop and we hope we've captured your interest so far, as in Hob's Barrow the less you know about the story the more intense the overall experience will be. But it's worth mentioning that the game does an amazing job of conveying the dark aura of the era, the eerie feeling of being in some remote village near the inhospitable moors of Northern England, while managing, in an inexplicable way, to convince you that something is lurking in the shadows and you're afraid to approach it. Even if you know beforehand that you're playing an adventure game and that you can't possibly lose.

I must admit that I can't remember the last time this happened, however Hob's Barrow gets A+ in the atmosphere aspect. Both the retro pixel-art approach that fits it like a cake that has just come out of its silicone mould and the creepy background music with its impeccable voice-over create a perfectly horrid little gaiety that doesn't even need to depict gore scenes to make the player feel uncomfortable.

But the inventiveness of the game extends to other areas, such as the way it plays with the player's mind. By cleverly dressing the narrative and dialogue with timeless themes such as sexism (a single woman in pants at the time?), xenophobia, religion and bigotry, ancient cults, and the role of science in human life, the player is never quite sure who or what to believe. The down-to-earth monologues and flashbacks of Thomasina, who firmly believes in logic and modern science? The village priest? The perpetually drunk Arthur or the well-dressed local lord, where everyone has a good word to say about him? Writer Shaun Aitcheson's pen is solid and its robustness shows why it took three years to create the game.

In terms of puzzles, the other big part of a good adventure, Hob's Barrow doesn't fall short in quality at all. Except for a couple of tricky instances near the game's finale, the puzzles are generally passable, and for an experienced adventurer, perhaps even easy. However, they are exquisitely integrated into the game's plot, they present a reason to exist and do not exist simply to set up artificial obstacles for the player. This is something we don't often see in adventure games, yet at no point in the game did we feel like we were doing a chore somewhere.

After all, although the game approaches the style of the adventures of the early 90s, with clearly improved animation and unexpectedly "vivid" backgrounds, the quality of life features belong to the modern era. There is a hotspot indicator to avoid pixel-hunting, double-clicking implements a quick transition from one screen to another, while the built-in to-do-list makes sure to remind us what our next step is. Simple controls in other words, everything is in place as it should be and will not trouble any player.

However, despite all the aforementioned conveniences, an average playthrough takes around 6 to 6.5 hours to complete, with some achievements requiring a second to obtain, if you belong to the category of completionists. The reason is that in some cases we are asked to choose between different answers to certain questions, which may not affect the outcome of the story, but we may learn some useful information that under other circumstances, we would have to search for it ourselves.

To cut a long story short, things are very simple: the Excavation of Hob's Barrow is an adventure of a rare "harvest", which, if it had been released in the golden age of adventures, would now be remembered as a top example of the genre. With its brilliantly written plot and a thrilling finale, Cloak & Dagger's creation has already carved out a lofty place among the best indie games of the year.

An immersive adventure that you ought to add to your collection.

Lover of action, shooter, adventure, RPG's and sometimes racing games, he prefers mainly single-player gaming. Every now and then he breaks out into a multi, but he doesn't overdo it.
View thread (7 replies) 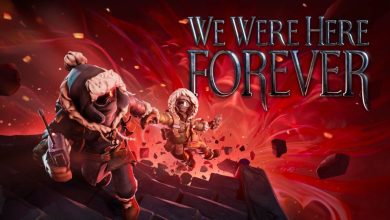 WE WERE HERE FOREVER 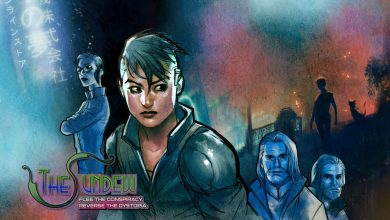 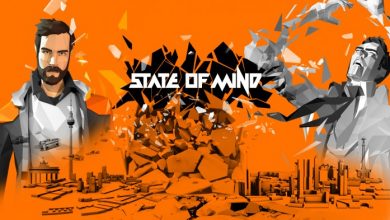