For this year that's slowly waving goodbye, one adventure that has slipped off our radar is Warp Frontier by Australia's Brawsome. It's a game that, admittedly, we'd heard very little about, hence the news of its existence was welcome news. After all, at Ragequit.gr we love classic point 'n' click adventures and Warp Frontier doesn't stray from the genre's beaten path, something that didn't bother us at all. Therefore, whether it's worth dealing with it lies in the hardest part that an adventure creator is called upon to implement, those of the story and puzzles. There our impressions are mixed..

Warp Frontier takes place many years after the present day, where humanity has now evolved to a great extent. Of course, in order for this to happen, it was preceded by a massive cataclysmic event, appropriately named the Reset. The intensity of the event was so huge that humanity was forced to leave Mother Earth and relocate to new planets, creating a Star Trek-like reality - minus the aliens. Besides, in order for humanity to survive the new world order, with planets essentially replacing the existence of the countries of the once mighty Earth, more than a few people are resorting to augmentations. However, some are "deniers" of the situation and one of them is the protagonist of the story Captain Vince Cassini, a police officer of the Orbital Police of the planet Cetus. Vince carries a not-so-flattering alcoholic past, a result of the fact that both his wife and his best friend literally disappeared from the face of... the galaxy after a devastating interplanetary war.

For the past ten years, Vince has spent an inordinate amount of time searching for both his loved ones and the other people who disappeared in the war. However, this obsession has cost his new family's peace of mind significantly, being always distracted by anything related to it. One of these is his stepdaughter's recent birthday, to which he is once again late. While trying to get home, Vince is attacked by two starships, but they fail to shoot him down and are even destroyed shortly afterwards, hitting an invisible... wall(?) of space. Of course, as much as family duty calls, Vince couldn't let such an event go unexplored. The discoveries he uncovers from the remains of the destroyed ships prove to be so important that they are capable of turning the already beleaguered human society upside down.

Overall, the premise of Warp Frontier is interesting, even if it takes a while to grab the player by the throat. However, it does a satisfying job of keeping the mystery going until the end of the roughly seven-hour adventure, and the balance between a serious and more light-hearted tone (thanks largely to the lines of the accompanying flying robot MAC) is largely achieved, making the engagement quite enjoyable.

In the game, one of Warp Frontier's key features is the ability to solve several of its puzzles in more than one way. While there are no world-changing changes to the story's outcome, our choices (optional and otherwise) or even any responses we make can result in a positive or negative outcome to Vince's relationship with one of the characters he interacts with. For example, if we help a character with something we are not obligated to do (such as fixing an air-conditioner), we will gain an "ally" in solving a future puzzle. Whether or not our behavior is the "proper" one that an agent of the law ought to adhere to is something that is evaluated at the end of each chapter by the MAC, with the corresponding long-term consequences.

Puzzles that are primarily inventory-based, with a bit of dialogue (after all, we're working in space, most of the time we're on our own), which are largely within reason and within the length of the game. Certainly, a far cry from moon-logic situations, as we've seen in recent productions. However, a major aid in solving them is the fact that the game doesn't have any look or examine function. Instead, by hovering the mouse cursor over the various hotspots and even inventory items, we are immediately rewarded with a fairly informative description of them (and with a huge font, I might add, great for the ones who are presbyopic).

This feature even extends to the combination of objects that we are often called upon to do, as by selecting an object we can simply hover it over the others without clicking, and Vince will let us know if the combination is possible or not. Admittedly, as much as we were a bit put off by this feature at first, being faithful in the traditional controls, we soon found that it really saves a lot of time and frustration, especially when you're stuck and you hear for the thousandth time the protagonist monologuing that the combination you tried... "does not work".

However, Warp Frontier, although it's fairly accessible as an adventure, is not a walk in the park. There are not a few puzzles that will tantalize our brains and challenge our acumen and combinatorial thinking - just in case, the built-in hint system is one of the best we've ever seen. But the truth is that it would be welcome if some of them didn't "drag" so much (mine facility, I'm looking at you), as they require quite a bit of back-and-forth and, as much as the Brawsome people wisely thought to add the ability for Vince to move faster by double-clicking on exits, there are times when it feels like a slog. And when one feels that way while playing an adventure game, something hasn't been thought through very well in the action design.

Action that has a relatively good pace and with enough things to complete at a time, but in essence, it never really climaxes. Not even in the adventure's finale which, barring a twist that you've already "smelled" several hours before, feels hurried and abrupt. Ultimately, the overall impression one gets from watching the end credits is that Warp Frontier has a good story on one hand, nothing compelling on the other.

The same could be said for the technical aspect. The environments seem to have been well designed, with a fairly realistic style, dark colours and as much variety as a space sci-fi setting allows, while the artwork of the characters is, at least, unique. It may even seem counterintuitive to some, but the placement of eerily realistic faces on painted bodies is certainly an unusual style not often seen in video games. Nevertheless, it's functional, as is the soundtrack that accompanies the title, with an above average voice-over and atmospheric soundtrack.

In short, Warp Frontier is a nice adventure game that is suitable in times of big adventure game drought. It doesn't impress, but it doesn't disappoint either, so understandably a fan of the genre would be hard pressed not to spend a few enjoyable hours with it.

Good effort by Brawsome with some nice ideas, but fails to impress. 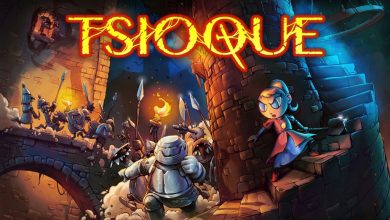