That's what she never said. 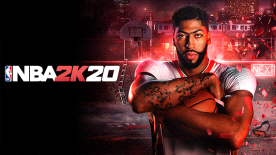 So, with time, Games Farm managed to buy back the publishing and distribution rights to the games.

Then, instead of making Book II, they decided to remake the Book I AND the Book II altogether, and so arrived Shadows: Awakening, which is Book I (Shadows: Heretic Kingdoms) and previously unseen Book II in a single game.

So, to answer your question, no need to play Shadows: Heretic Kingdom, as it is approximately the first half of Shadows: Awakening.
Click to expand...