If there's one genre that we don't often see on our PCs, it's 3D platforms. Apart from some remasters/remakes of older games and Crash Bandicoot 4, which can be found exclusively on Battle.net (in case you're looking for it), the options are limited to indie territory and not always of high quality. This "gap" was seen by Tate Multimedia, creator of the old Kao The Kangaroo trilogy (2000-2005 era), who decided to flesh out the hero that made them famous again by releasing a new game featuring this cute marsupial.

The new Kao The Kangaroo is essentially a reboot of the series, though the way it presents the cast of heroes seems to assume some knowledge of the original games. In my case, I hadn't had the chance to get into any of the earlier games in the series, so the experience was entirely new to me. As much as the gameplay proved to be quite familiar.

We are not only referring to the premise of the game, which is trivial and simplistic anyway. After all, what plot can a 3D platform game have where Kao is searching for his beloved family members (sister and father) who have disappeared, with the help of talking gloves (the famous Eternal Gloves) that give him extra power in his fists? The truth is that the story is told in a fairly "light" and humorous style in order to make light of the sad fact that a mysterious and dark force, simply titled Eternal Warrior, has corrupted the world and only Kao and his boxing skills can save it.

Kao The Kangaroo follows the pattern of most 3D platforms, where we wander between four worlds/hubs, which in turn have a number of levels that we have to complete in order to move on to the next one. The basic requirement to access the next level is to collect a certain number of runes, which fortunately are always located in plain sight, so no further exploration on our part is required.

But those who feel completionists, will find a lot of material to collect in order to reach the 100% of the game. On each level there are several secret passages, some obvious, others requiring observation and good reflexes, which are rewarded with either one of the three letters of the word KAO, collectible diamonds or scrolls containing information about the lore of the enemies or the world of Kao in general. Aside from that, every level is full of coins and chests, which can be used to buy from the main hub's shop, hearts (collecting four will increase Kao's stamina by one hit) and extra lives that ensure that if we lose, we won't have to repeat the entire level all over again. It goes without saying that both hearts and extra lives can be found stashed away in a corner of each level - we just have to try a little harder to find them.

Aiding in the truly enjoyable process of collecting all these items is the platforming mechanism, which has been brilliantly implemented. The controls are as they should be for a game that respects itself and its players: simple, solid, without delays and with an immediate response to our commands, while there are only a few problems with the camera, and only in very specific places. Rare for a game of this genre, and yet, Tate Multimedia has done very well in this respect.

It's worth noting that the game regularly takes care of enriching its mechanics, thus renewing the player's interest. For example, later in the game Kao can hang by his ears (!) on certain types of upside-down reticulated platforms or swing himself via a grapple feature of his gloves. Moreover, Kao The Kangaroo doesn't always maintain the same pattern throughout its levels, as we'll be faced with challenges such as chases (with the camera reminiscent of Crash Bandicoot's related levels), "surfing" on slippery surfaces, and even simple puzzles. As for the latter, most puzzles mainly involve applying one of the three elements that can be stored in our gloves (fire, ice and wind) to a certain point in the environment in order to create the right conditions to move on. Conditions such as dropping large objects to act as platforms, freezing the flow of water and so on.

In any case, the game doesn't bother with any backtracking tactics or extensive exploration, as the necessary element for each puzzle is close to the point where we have to use it. As such, it quickly becomes apparent that it doesn't intend to hassle the player and opts for the low challenge route. The brawling part in particular, as we should not forget that Kao is a boxer, is procedural. By pressing the relevant attack button, the hero pummels the enemy in question, simultaneously filling a special bar (quite quickly, we'd say), which once loaded, we have the option to perform an area of effect attack that really sweeps. It also has the ability to hit airborne enemies with its tail, while the dodge proves highly effective. However, the various animal enemies we face (frogs, monkeys, goats, the usual) don't take much of a beating, they have predictable attacks that are just as easily dodged, while the same goes for bosses.

With the exception of the first boss, which is surprisingly the most difficult of all the bosses we'll encounter in the game (it's also due to the fact that until then we haven't collected enough hearts to have a margin for error), the boss fights are unexpectedly easy. In my playthrough, I beat them all on the first try (even the last boss), as their attacks, despite having two or three phases, are so predictable that we can only lose through recklessness or haste. I appreciate that this is because Kao The Kangaroo is targeted at younger ages too, but to be honest, there are a few parts that a ten year old will have a hard time getting through. As a result, the low challenge is a double-edged sword that "costs" the overall impression the player gets from it, but also the amount of time it takes to complete it.

In particular, it took me about seven hours for the end credits, having discovered all the secrets on most of the levels I played. Therefore, if one wants to skim everything the game has to offer, it will hardly take more than nine or ten hours, and that's mostly by searching for and successfully completing the time challenges that arise from the various Eternal Wells. Besides, it seems that the game wraps-up rather hastily, both with the story that ties up its loose ends very quickly and with the content of the last world, which is overwhelmingly smaller than what we find in e.g. Hoopaloo Island or Hungry Jungle. Maybe they could add in a couple more worlds, after all the game is so much fun we wouldn't say no.

Moving on to the technical aspect, Kao The Kangaroo does a very good job of portraying an attractive image to the eye. Both in the rich environments, with their vibrant colors and simple design lines, and in the well thought out characters (main and villains) that feature beautiful and smooth animation. Excellent work. As for the audio, the voice-over is above average, like those you'd hear in a Saturday-morning cartoon, while the music is mostly relaxing, playful and accompanies our efforts in a pleasant way.

In conclusion, Kao The Kangaroo is an enjoyable and fun platformer, whose low difficulty level combined with its short duration is a hindrance to its potential to be placed alongside top titles like Crash Bandicoot and Ratchet & Clank. However, its overall quality is high enough to make it undoubtedly a worthy recommendation for platformer fans.

A well-made and fun platformer, which is however affected by its low difficulty level and short duration. 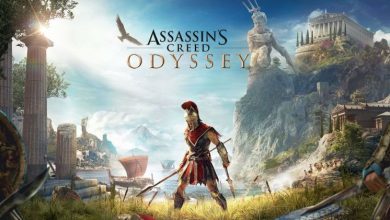 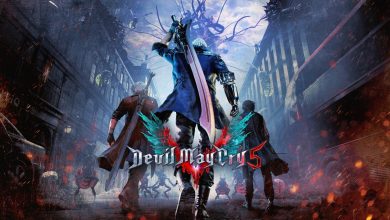