The author of this review has never hidden the fact that he's a big fan of the Marvel Cinematic Universe, even writing some relevant articles on the subject. My love of comics of course has its roots in my childhood, in the wonderful 80s and the magazines that were published back then, but even then I have to admit that I was almost unaware of the existence of Guardians of the Galaxy since the publications were mostly about Marvel's more popular characters. You know, Spider-man, X-Men and the like. Thankfully, the unprecedented success of the MCU brought the Guardians to the forefront and that's why I'm able to review the videogame adaptation of Peter Quill's ragtag crew. However, Square Enix's troubled first attempt at a Marvel game with Crystal Dynamics' Marvel's Avengers understandably creates some hesitancy. So let's see, did Eidos Montreal do better?

Eidos Montreal's Guardians of the Galaxy aren't the same as the movie versions... but they are. Let me explain. As you can see from the screenshots, obviously the look of the characters is different as well as their backgrounds (e.g. the game's Drax has already killed or "killed" Thanos) but their characters and the style of voiceovers are very, very close to the Marvel Studios counterpart. Peter Quill, aka Star Lord, is the familiar old goofball who finds himself stuck in the 80s this time instead of the 70s, Drax is voiced with a familiar and irritating directness, Rocket is constantly whining and ready to explode at any moment, Gamora is the realistic one of the group, and Groot... He is Groot. Fans of the MCU will therefore not need any time to adjust as both the writing and the voice acting are of a high standard, while the very good work done on the facial expressions of all the characters perfectly serves the always desirable immersion. In fact, one of the very pleasant surprises of the game is that in some parts the writers have done an even better job than their cinematic counterparts. For example, Gamora here has a much more balanced personality than in the movies, which sometimes tend to portray her as the strict mom of the group.

The plot unfolds shortly after the Guardians are united into a group and already from their first conversations it is obvious that their chemistry is not yet at the desired level, with mistrust and strife prevailing. A risky and (of course) completely illegal job they take on ends with their arrest by the Nova Corps and the imposition of an unbearable fine, which they try to repay with... another risky and completely illegal job. From there, the plot progression will bring them to the center of a major threat that (it goes without saying) threatens the entire galaxy. So come on Guardians of the Galaxy, time to justify your name!

Going deeper into the gameplay, the game clearly belongs to the third-person shooter/action-RPG genre along the lines of titles such as Mass Effect 2. Although the Guardians team suggests a co-op game, the reality is different as the player controls only Star Lord while the rest of the group is controlled by the AI. Just as was the case with Mass Effect though, with the press of a button a menu appears at any time through which it is possible to activate very powerful special abilities of each character (and those gained by leveling up) that can change the outcome of the battle to a crucial degree. Outside of combat situations, Peter Quill can converse with his fellow guardians, choose responses to crucial dialogue and influence the flow of the plot to some extent, but nowhere near the extent of Mass Effect 2's Suicide Mission. It's also worth pointing out that Guardians of the Galaxy is a mostly linear game so you shouldn't expect open world elements like exploring major hubs or undertaking side quests. As you have probably noticed there are plenty of comparisons to Mass Effect and this is clearly no accident: barring its linearity, Guardians of the Galaxy could easily be described as the Mass Effect of 2021.

The truth is that the game will feel like a breath of fresh air for players who are fed up with the size and bloat of open-world games that have dominated the market, but some elements of the gameplay are less fresh. Between the dialogue and combat the developers have chosen to add variety and change the pace through (very) light elements of puzzles that require extensive use of Peter Quill's scanning visor. Yes, that's right, we're talking about another game that uses the Detective Mode that Arkham Asylum established as a staple of gameplay. The puzzles are short, easy and simple, which limits them to the role of a brief pause from the action and nothing more. Even on the occasions when you'll need to use another team member to solve a puzzle, the solution is so obvious that it doesn't offer any sort of challenge.

The action is perfectly supported by the graphics which are really impressive. Unfortunately I didn't have a PC available that could run the game at its maximum level of detail with ray tracing enabled, but even at moderate resolutions and a generally medium level of detail Guardians of the Galaxy really stands out. The graphics of the various planets you'll visit are almost always superb, both in terms of variety and design as well as technically, and excellent work has also been done on the facial expressions of the characters that convey their emotions in great detail. And the voiceovers and soundtrack, as I already mentioned, combine seamlessly with the graphics to provide an overall presentation of the highest standard. Finally, in the release version I didn't notice any crash or substantial bugs, only some sporadic character glitching in the scenery that was solved after 1-2 seconds by automatically teleporting the character to a nearby location.

So in conclusion, Marvel's Guardians of the Galaxy is for the most part a very enjoyable experience. A pure singleplayer title with a beefy campaign (at least 15-20 hours), smart and quality writing, great presentation and faithfulness to the universe it translates to game form. The only substantial flaws are found in the gameplay and the use of some overused and now slightly outdated elements that ultimately offer little of substance beyond a change of pace. It is recommended without hesitation to fans of linear singleplayer games, Mass Effect nostalgics and those lucky enough to have bought a new generation GPU and want to see what it can do. Undoubtedly one of the pleasant surprises of 2021.

A dedicated PC gamer, Alexandros plays everything depending on the mood of the moment, but shows a preference for turn-based strategy, RPGs and considers UFO: Enemy Unknown as the best game of all time. Otherwise, he tries to hide his turtle-like reflexes by avoiding competitive multiplayer because, as he says, "it doesn't suit him" and is looking for ways to get the "Church of Gaben" recognized as an official religion in his country.
View thread (17 replies) 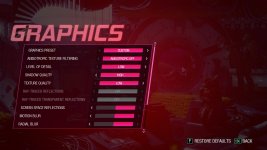 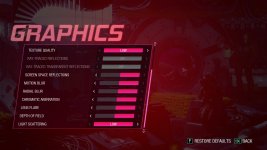 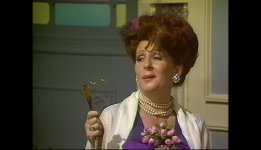 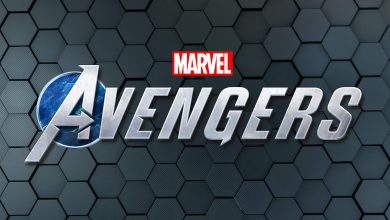