Danish Playdead is an indie development team that made its mark in the industry with its two creations, Limbo and Inside. They are both sensational experiences, each in their own way, that have influenced several other developers to realize their vision in a similar way, such as Tarsier with Little Nightmares I and II. Nevertheless, one of Playdead's founders decided to spread his own wings and introduce his own version of this narrative style to the public with Somerville. A game that, undoubtedly, from the first screenshots and trailers had created high expectations for something equally iconic. Unfortunately, that's nowhere to be found.

To be honest, Somerville's magnificent introduction puts us well and truly in the mood. It's an intro that feels like it's lifted from War of the Worlds, as the earth is being violently invaded by aliens and we watch the events unfold through the microcosm of a typical British countryside family of four (father, mother, child and dog). And the opening, where the family, simply watching their favourite sitcom and falling asleep, while we immediately check on the child running around the house, with unknown destination and purpose, is truly genius and masterfully directed. Of course, it doesn't take long for developments to trigger the inevitable, and the action shifts entirely to the father of the family, whose efforts we accompany to the end of this, roughly, three-hour adventure.

On the face of it, what we are probably trying to do is to locate our lost family, as they emerged after the devastating attack. However, as the story progresses, things begin to take on a different dimension and, in particular, the last hour of play is a complete "trip". The latter characteristic is not mentioned as a merit, but as a normal reaction of all we watch. I don't know if it's some lofty meaning, which I, as a mere mortal, didn't grasp, but at every sequence and every step, I was left wondering "what is trying to tell us here?" And the appearance of some particular creatures is left completely hanging, without any explanation, even audiovisual, while any hints that all this might not even be true, but a product of imagination/dream, complicate things even more.

It is better not to continue, as half the magic in these kinds of games is for the player to experience the events themselves, rather than being informed plainly by someone else. The other half is of course the narrative style, which does not include a trace of text and dialogue (of course), but relies on kinesiology to "talk", and the gameplay mechanics.

In the first part, Somerville succeeds brilliantly. The diminutive figures that make up the protagonists of the stories move perfectly expressively and convincingly, while their visual approach reminded me quite a bit of Delphin Software's classic Another World, something you'll notice in other moments of the game that I'd like to avoid mentioning. It's no surprise then that Somerville, in the "theatrical" realm at least, does so well.

In gameplay, however, things change quite a bit, for the worse. For starters, the game is set in a 3D environment, where we have a lot of freedom to move around in space, a decidedly different approach from Playdead's titles. Control is limited to just three buttons, one with which we interact with the environment where possible, and two others that make up the basic puzzle-solving mechanism. Soon, then, our silent protagonist will have the ability to influence a mysterious, alien-derived matter that has invaded the ground and, in many cases, prevents him from moving forward.

As long as we have a source of light nearby, we have the possibility of liquify (initially) and solidify (later) this matter, in order to be able to open a passage or reach a remote platform. The majority of the puzzles follow this pattern, which are nothing remarkable in terms of ingenuity (it's a matter of seconds to find the solution), but cause quite a few problems in the implementation of their solution. Unfortunately, Somerville has serious issues with hotspots, mainly in where to place the hero to interact with the object in question, and to such an extent that I doubt elementary playtesting was ever done.

Especially, around the beginning of the game, I spent more than half an hour, on the verge of giving up, on the well puzzle. While I knew what I was supposed to do, the game stubbornly refused to cooperate, where only by chance, after ten tries, decided to do me a favor. Let's say that this puzzle is "flawed" and something that is, most likely, fixed with a patch, however the game is full of such points, where the game just doesn't like to obey our commands, or it's just chasing us until it does. And the fact that there isn't enough visual stimuli to understand how we should move on each screen makes it difficult, as you often don't know if what you're doing is actually what the creators had in mind or if the controls just don't work properly. The idea of having some chase sequences is nice (though not original), but they don't create any stress for the player, as they are very easy and short, even if they require a lot of trial and error.

So it becomes clear that the game was not ready and needed a lot of work in the crucial area of controls, but in that notorious last hour, it hardly causes any problems. The reason is not that it somehow magically fixes its flaws, but because it becomes almost a "walking simulator", where the puzzles (at least, any "obstacles" that existed) and gaming interaction are annihilated and we are left in the (unpleasant?) position of just pushing the buttons to see what other mumbo-jumbo philosophy it will present us with.

Perhaps I sound a little mean towards it, however I haven't felt disappointment watching the end credits of a game in a long time. It felt like a complete waste of time, because even if we somehow get past the problematic controls (we're not talking about a precision game, after all), in the aspect of storytelling it is confusing, leaves unanswered questions, is void of emotion (no attachment to the protagonists whatsoever) and most importantly leaves no mark on the player's soul. No matter how hard it tries to do so, either by providing impressive images (it has quite a few, truth be told) or by the melodic soundtrack that accompanies the action.

In short, Somerville is a mediocre game and the only reason it gets this rating is the very interesting first half of the game. But the late slump is so great that it eventually crumbles and falls into the depths of oblivion...

Interesting attempt to create a "new", sci-fi, Inside, but it fails in its implementation and in the abstract idea of its story. 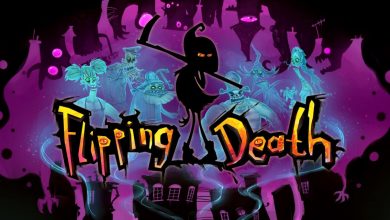