I doubt there are any people over the age of thirty who haven't watched a single episode of the Teenage Mutant Ninja Turtles series. Although its presence on television began in 1987, it became known in our country a little later, specifically in the early 90s, making an unprecedented success among the kids of the time. So much so that the four mutant turtles, with the clever use of names of famous Renaissance artists, literally became part of our everyday life.

A natural consequence of such a success was the release of dozens of products based on the green heroes and the cast of villains that accompanied them, with video games not being left out. However, they came at a time when PC gaming was not at its best in terms of quality, in genres beyond adventures/RPGs of course, and as a result Konami's attempts were (very) mediocre to say the least. On the other hand, things were clearly better in the arcade cabinets, with the game of the same name still being played comfortably to this day, while there was also the equally good TMNT: Turtles in Time for Nintendo's SNES, of which the title we review here is the spiritual successor.

A successor that retains all the elements that made the original game fun, but also takes into account the fact that it's been almost thirty years since then. In short, TMNT: Shredder's Revenge reflects how a retro game should be implemented today, without touting the shortcomings of past games as assets.

Needless to say, TMNT: Shredder's Revenge follows the path of side-scroller brawlers, like the ones we used to play in coin-ops. We start with the bad news though, as there are only two game modes: the Story and Arcade. In the former we are tasked with completing the game's sixteen levels, saving our progress each time, but which include several optional challenges and secrets to discover, so as to keep completionists interested.

Besides, the turtles upgrade their powers as you progress through the game, but not on a extraordinary level, but in upgrades like a small health boost or, more rarely, a super move boost. There are no skill-trees or extra moves to unlock, after all Tribute Games' intention was not to "overload" the game - instead keeping the retro feel within reason. Therefore, in Arcade mode, what you suspect happens: we have to finish the game in one session, with three lives and a few credits in our pocket. Simple and straightforward, just as is the case with the game's gameplay.

Although several buttons are used on the controller/keyboard, the role of each is clear. One button for attack, which if held down becomes charge, one for jump, dodge, taunt and block, while a separate button is dedicated to the lifesaving super move, different for each hero, which can only be executed when the relevant bar is full. This is also where an important tactical element of the game is found, as the bar fills up as we hit or taunt the enemies, but if it's not fully filled by the time we take a hit, then it automatically resets to zero. The consequence of this is that special attention to enemy movement patterns is required, which is no easy feat, as we're often and frequently pelted by attacks from all over the place. All the more so in the advanced levels, where Shredder and Krang's robotic constructs, apart from being lousy, prove to be quite durable.

However, TMNT: Shredder's Revenge obviously avoids being annoying or unfair, offering all the guarantees that a quality beat 'em up ought to have. Impeccable response to our commands, a very good feel for the hits, a variety of environments (each level has its own personality) and balanced differences in powers between the heroes. For example, Raphael is the strongest, but his attacks have less range than Donatello's, while Leonardo, who acts as a jack-of-all-trades persona, has an extremely useful and unique spinning attack in the air, perfect for flying enemies.

It's worth mentioning that there are a few levels where the turtles fight on their favourite hoverboards. There the gameplay changes just enough to break the monotony of typical brawling a bit, but in essence it doesn't differ significantly. It might even be a click more difficult than the others, as there are several environmental obstacles that cost energy (or an optional challenge) and enemies that "spit" their shots and run away. However, as mentioned, there are no noticeable difficulty spikes, even when tackling the bosses of each level. Most of them are familiar faces from related episodes of the TV series, and it's easy to decipher their moves so that you're able to deal with them. How long it takes to defeat a boss depends on the number of simultaneous players.

In an admittedly impressive move, TMNT: Shredder's Revenge allows up to six players to play simultaneously, locally or online, with the four turtles accompanied by Splinter, April O'Neil and another well-known character who is unlocked after finishing the game once. Of course, the three aforementioned heroes are eligible at any time, but a game for the Ninja Turtles without... Ninja Turtles involved sounds a bit out of place. Like saying Shredder wins at the end of every episode.

For as long as we tried the online experience, it proved to be a lot of fun. The online code worked seamlessly without lag (with a few exceptions) and disconnects, and the drop-in/drop-out feature is undoubtedly very convenient, without creating any remorse or misunderstandings for anyone who doesn't want to continue playing to the end. However, we have to admit that when six players are playing together, the situation is often described as chaotic. There are times when you don't know where you're stepping at, especially when all the players start executing their super moves. We can't say the same thing happened when four players and below were playing, at least not to the same degree, so while 6-player co-op may sound very impressive on paper, in fact it doesn't offer anything memorable.

However, we won't do injustice to the work Tribute Games has put into TMNT: Shredder's Revenge, which is exemplary and is probably the best turtle-themed game we've seen to date. It may be lacking in mode variety and in about five hours we've seen the majority of the content it has to offer, but that's pretty much true of all the beat 'em ups out there. Where the game hits the bull's eye is in seamlessly combining the '87 aesthetic with highly entertaining gameplay that will appeal to even people who don't have the slightest connection to the mutant reptiles.

After all, any objections that were raised by the development team's choice to go for pixelated graphics rather than modern techniques like those of Streets of Rage 4 or Mayhem Brawler are refuted by the final result we see on our screens. It's not going to win any awards, but the pixel-art is so beautiful, apt, full of vibrancy and smooth animation that it creates a very pleasing image to the eye. The soundtrack is also very good, with the classic opening credits track immediately introducing us to the mood, and during the game we'll also hear a number of well-played compositions featuring well-known rappers.

In conclusion, TMNT: Shredder's Revenge is a beat 'em up that delivers exactly what it promises. Although its content is a bit poor, it offers great doses of pure fun, especially in multiplayer mode, and is a first-rate title for those who want to throw a few quick punches. Cowabanga dudes!

A game that follows the rules of a good beat 'em up to the letter, being highly entertaining, especially in multiplayer mode. 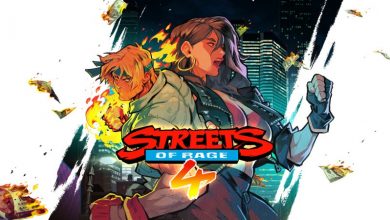