As a sucker for beat' em ups, Mayhem Brawler was one of the games I was looking forward to, as soon as it was announced. After all, Streets of Rage 4 really whetted the appetite for more similar games, with Hero's Concept proposal, featured in this review, being a very pleasant surprise.

After all, the influences from Sega's famous series are obvious, as are the various associations it evokes with Capcom's even more classic Final Fight and Cadillacs & Dinosaurs, to the point where you'd assume its primary concern is to pay homage to them. Of course, bad tongues are wagging that Mayhem Brawler is a "copycat" of the aforementioned games, an opinion that is essentially untrue. The reason is that probably the developers at Hero Concept were worshipping them as totems during the development of the game, but they still managed to incorporate successfully their unique ideas, thus acquiring its own identity. An identity that doesn't blow our minds, but serves its purpose more than adequately.

Mayhem Brawler introduces us to a fantasy universe very reminiscent of similar work we've seen in Marvel and DC comics. After all, both the implementation of the graphics and the approach to storytelling (comic strips instead of cutscenes, levels represented by issues and so on) proudly "shout" that this is a comic coming to life. Of course, the story is nothing special, on the contrary it's cheesy and exaggerated as hell, but apparently this was done on purpose, as another homage to the '90s.

After all, how can you take a group of super mutant "law enforcement agents" calling themselves Dolphin, Trouble and Star seriously? However, as ridiculous as their names sound, these guys are not kidding at all and, if anything, they intend to cleanse the city of all types of criminal threats, mutant or not. When we say "all types of", we mean it: in a vast and moody city, where every corner is dominated by a single species, be it werewolf, vampire or genie, no one should be left standing.

So regardless of the species we face, the goal remains the same: we strike mercilessly at anything that moves. Consequently, our engagement starts by choosing one of the three characters, each of course having their own advantages/disadvantages. The mustachioed Trouble is the typical jack-of-all-trades character, but he turns out to be quite powerful fighter due to his wolflike claws. The social media-addicted Star is muscularly the weakest of the three, but her disadvantage is outweighed by her high speed and telepathic powers that allow her to attack from a longer distance compared to the others. Finally, Dolphin is the tank with muscles that go all the way to... the brain, but he has an enviable array of crushing blows and steel resilience, while lacking in agility and speed. Ordinary stuff, of the sort that tick some imaginary box of creating a good beat 'em up.

However, even if the characters don't stray off the beaten path, the work done on the controls immediacy and the feel of the beating that is "passed" to the player is remarkable. Once we get our hands on the game, it only takes a few seconds to feel familiar with it, especially if we've played even one beat 'em up before. The small number of buttons used (attack, jump, dash - yes, all characters have dash) certainly adds to this, while the abilities that stand out are the block and the special attack.

Unlike what we are used to, blocks are not limited to the role of an extra. In many cases it is a key survival factor against enemy attacks, especially for those who are cowardly enough to carry firearms. Consequently, trying to advance in the game by simply pressing random buttons will not go you far. Not to say that you'll even get annoyed and give up. Besides, various aids exist so that the player can more easily decipher the enemies' respective moods, thanks to the condition system it incorporates.

This system adopts a small icon above characters' heads on a case-by-case basis, which reflect the consequences of our hits or the intentions of enemy mobs. For example, when a clenched fist makes its appearance, that character will immediately perform an attack whose momentum is uninterrupted by conventional punches. So, it is better to block or run away. The blood drop, which often appears when using sharp objects, means that the poor guy in question is bleeding and cannot recover his energy, which is very important to were-something enemies, who have the auto-heal ability. And so on.

On the other hand, special attacks are performed based on a separate power bar rather than by removing a part of our health, which fills up (fairly quickly we'd say) as we give and take punches or by collecting the appropriate power-up. Of course, their main role is still using them when we're in tight situations, but by implementing the separate bar, the game encourages us not to be afraid to use them more often, being another solid arrow in our quiver.

In order to avoid any false impressions caused so far, Mayhem Brawler stays true to the beloved recipe of the "orthodox" beat 'em up. The action is fast and intense, the beating is of a high standard, with the screen often flooded with enemies, let alone if you choose to play on a high difficulty level. The variety of combat is equally enjoyable, with the scattered weapons and items adding a little extra "salt", while each opponent, of the many different species included, has its own fighting pattern, and therefore a corresponding way of dealing with it. There are also twelve bosses, with each one being truly unique in design and animation, while offering a satisfying level of challenge.

An interesting idea is the fact that after the end of each level, we can choose our next step, which has an effect on both the story flow and the game's finale. There are three different finales to watch, and the campaign is completed in seven chapters, so in order to see everything the game has to offer, you'll need to finish it at least three times. Something not annoying at all, as the levels include noteworthy diversity, and combined with the feature of choosing the next step, the experience differs each time.

An experience that is greatly enhanced via the coop mode, which allows three players to simultaneously... beat and be beaten, but currently only in hotseat. It is likely that this shortcoming is a dealbreaker for many people, however it does not mean that it cannot be added in the future. And it's something that will definitely be needed for maintaining interest over time, in conjuction with the addition of more modes, as Mayhem Brawler is very poor there: there is the campaign mode that allows saving after each level, the arcade mode where you have to finish the game with one "coin" and... that's all. And for achievement hunters out there, reaching a 100% score is easy, leaving even less incentive to keep the game installed on your hard drive.

But it would be unfair not to emphasize the very good work that has been done by the developers, who, by the way, show willingness and desire to improve their game (either with DLC or free updates). Mayhem Brawler is addictive and really, very fun. Its cartoonish style is a sight to behold, the rock soundtrack, without setting... the speakers on fire, accompanies the action beautifully, and the diversity that pervades every aspect of it is rarely seen in a game of this genre.

It's just that if it had richer content and online features, then we'd be talking about a game that can hold its own against Streets of Rage 4. It's not out of the question that this could happen sometime, but even in its current status, Mayhem Brawler is a game that beat 'em up devotees ought to add to their collection.

Mayhem on the Streets

A fun and addictive beat 'em up, that aptly combines the simple gameplay of the classic titles of the genre with a modern approach. Shame about the lack of on-line co-op. 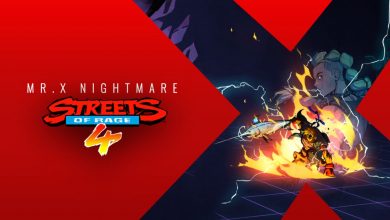