It's particularly pleasing that within a short period of time, two excellent action games have been released from Far Eastern development teams, showing that they have a lot to offer. The first was F.I.S.T. and the second is the game we're featuring in this article, the so-called The Legend of Tianding from Taiwanese Creative Games Computer Graphics Corporation. Probably, the biggest question that arises to someone not familiar with the country's history is who is this Tianding and an entire game based on him.

He was a true Taiwanese figure, Liao Tian-Ding, who acted in a way that could be likened to the 20th century Robin Hood. Tianding was an altruistic "outlaw" who stole from the rich and the local police and gave it to the poor. After all, at the time the game is set, that is 1909, Taiwan was still under the harsh occupation of Japan, following the latter's victory in the First Sino-Japanese War (1894-1895). Consequently, Tianding fought from within against the Japanese occupation forces and wealthy Taiwanese who betrayed their countrymen to gain favor with the Japanese, which made him a true legend.

A legend that was enough to kick-start the building of a masterfully crafted 2D action/platformer game, with strong narrative elements and light Metroidvania touches. Legend of Tianding (LoT for short) is an incredibly thoughtful game that succeeds largely in everything it attempts to do. Whether we're referring to its interesting premise and storytelling (reminiscent of a visual novel) or the main gameplay dish.

A gameplay that, when not engaged in the narrative part, where we simply press the button (and - more rarely - make some decisions) to move on to the next piece of dialogue, surprises with its robustness and tight response. Tianding is delightful to control, with his activities ranging from pure brawling with Japanese police and locals, to sequential platform challenges to conversations with local residents. The latter is by no means a frill, as some side quests (mostly fetch and relatively simple to complete) are unlocked after conversations, which once completed, give valuable badges as rewards that give Tianding permanent buffs.

Besides, by giving alms to the Taiwan's beggars, we are rewarded with even more badges (randomly assigned), while with the money we steal, we have the opportunity to buy upgrades for Tianding from local merchants. The options available to us aren't huge, but are mostly practical like a better basic weapon or more buns meant to replenish the hero's health. It's a process that should be followed at all costs, as the battles are the biggest part of the game.

Battles that are fast-paced, filled with impressive moves, strong combos and lots and lots of weapons. So many, in fact, that it's hard to avoid the temptation to steal them. That's why there's a special "steal" button, where Tianding, with a "fancy" maneuver, grabs whatever weapon the enemy is holding at the time and then uses it at will. Their variety, and the differences in handling, are remarkable: from simple baboo beams and knives to guns and bazookas, there is a weapon for every situation (for crowd control, increased damage, etc.). Of course, each one has a finite number of uses (which can be increased with a badge we've collected), so once the weapon we're holding becomes obsolete, there's nothing stopping us from stealing another and continuing the carnage. Or' alternatively, we can settle for the hero's martial arts skills, which are far from negligible.

After all, those skills are the main thing we will rely on against the various bosses we will face. Following the rather common tactic of games originating from the Far East, boss fights generate large difficulty spikes as the reflex requirements go up sharply. Where the dodge button was a simple matter in conventional battles, in boss fights it becomes the only mean of our survival to the ferocity of their attacks. However, perhaps with the exception of the final battle, which is for the ones with nerves of steel, with attentive observation of their movement patterns (almost every attack has a warning animation), prevailing is not as impossible in the end as it seems at first.

If we're still struggling though, we can go back to the city and do some farming for money and items in missions we've already completed once to strengthen the hero a bit. Something that is highly recommended when Tianding gains a new ability, so we can reach places we previously had no access to (the Metroidvania touches we were talking about earlier). Besides that, there exists a magical amulet in which we place sigils in its special slots, with which we gain more abilities, such as triple jump, greater resistance to certain types of weapons, faster stamina regeneration for special moves, etc.

As you can see, the LoT gives us several options to customize the hero in order to bring him to our own standards. However, although the combat system is not as deep as other games of the genre (like Guacamelee) or 100% accurate (e.g. sometimes the "steal" system refuses to pick the right target), it manages to be highly entertaining, exciting and addictive, to the point where one is eager to get to the next battle.

Something that doesn't take long of course, even when several platform sections are interspersed. But there too, we need the appropriate attention and concentration to avoid the death of the hero, which may not cost us significantly in our progress, but it does take away a percentage of the money we have collected. But thanks to the impeccable handling and excellent level design, the platform element will not cause troubles to the players, especially if they have previous experience in the genre (when you've played Ori, you know).

Speaking of levels, the work of the CGCGS people is for seminar. Though there are essentially only six chapters, each is unique in conception and execution. They're as large as they should be, not blathering so as to tire of repetition, each with its own unique challenges and cleverly hidden passages. However, this is where the biggest complaint we have about the game lies, which is none other than its short length. It will hardly take more than six to seven hours to see the end credits, even to manage to see the "good" ending of the game.

Regarding the latter, it's rather odd that the developers decided that in order to see the true ending, we have to deal with the majority (if not all) of the side quests. Perhaps this is an attempt to artificially lengthen the duration of the game, but considering how fun it is to the point where you don't want it to end, we'd say that this probably works in its favour.

After all, LoT is built in every aspect with such care that you can feel it in your skin. Whether it's with the frequent historical information about Taiwanese culture that is provided in an unsolicited manner, the card game included (!) or the various quality of life features (e.g. how many hidden items are left in a level to complete it at 100%), the game oozes a quality rarely seen even in AAA productions.

A quality maintained in its lovely cel-shaded appearance. Without being the best graphics we've seen in the genre, LoT is just beautiful. The 1909 Taiwan (at least the villages we visit) is stunning, hand-drawn, and the player feels like they're part of the era from the first few minutes of engagement with the game. A lot of good work has been done in the realization of the characters, especially in the animation which is a feast for the eyes. In general, LoT presents an elegant artistic image, which wins the player over without breaking a sweat.

Regarding the soundtrack, LoT's musical choices range in rather traditional forms of the country - if I'm being understood. And there is an entire song written about Tianding's exploits, although it is (literally) an achievement to listen to it all the way through! The colonial aesthetic of 1909 is complemented by the inclusion of Taiwanese/Japanese voice-overs (don't worry, there are regular English subtitles), giving the game an extra touch of authenticity.

To sum up, LoT is a surprise game that we liked more than we expected. The level of production is high, while all its individual elements are harmoniously linked together (brawling, platforming, visual novel), accompanied by a quite interesting story and a likeable protagonist. For fans of the genre (and not only to them) it is highly recommended.

An unexpectedly fun and well-made action/platformer, with strong story-based and a few Metroidvania elements, that impresses with its quality.

DISHONORED: THE KNIFE OF DUNWALL DLC 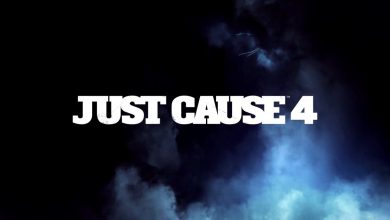 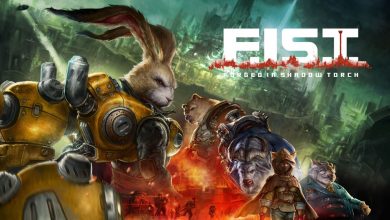