Fun fact, that 11,640 damage is before counting the blood loss, which will vary wildly depending on your HP, since it's percentage based. The exact reason why the game clears the attack array when the small dog does that one specific attack is owed to some complicated interactions with the behavior data for the various dog enemies, which would've taken quite a bit longer to explain. Simply put, it's caused by the small dog's behavior data being unable to account for the large attack correctly, so the game mistakenly thinks there's no valid attack in the array and clears it. If the small dog data were moved to a new index, it would see the invalid attack data in index 0, but notice the still valid attack data in index 1 and not clear the array.

This, That, and t’Other Things | Not a Blog


"Oh, and as long as I am setting stuff straight, there’s a weird story all over the internet about how I “hid” my initials in ELDEN RING because… ah.. some of the characters have names beginning with R, or G, or M. To which I say, “Eh? What? Really?” This was news to me. I have been writing and publishing stories since 1971, and I suspect that I have been giving characters names beginning with R and G and M since the start. Along with the other twenty-three letters of the alphabet as well Coming up with names is hard, especially since A SONG OF ICE & FIRE uses so many of them, and I am fond of giving family members and close kin names that have something in common… but really, why would I have to hide my name inside the game? My name is right there ON the game, as one of the creators. Hey, ELDEN RING is exciting enough, no need to make up stuff." 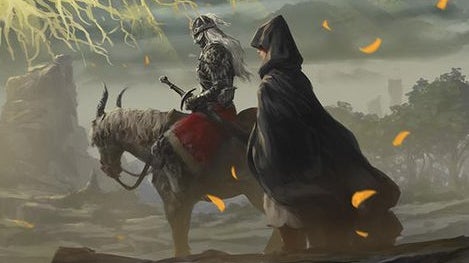 Last week, there was a faint flutter in Elden Ring circles after fans spotted a cute little detail: that George R. R. M…