Looking back on the two playthroughs I completed as part of this review endeavor, I can’t help but feel that the essence of Disco Elysium is too unique for me to analyze like I probably would in any other, more “typical” game review (“plot, gameplay, graphics/sound, final thoughts, score, the end”). This raises the predicament of how to address it in a way that does credit to its virtues without spoiling it for future players, since the experience of progressively lifting the layers of the fog that has clouded our protagonist’s mind is undoubtedly a major part of the joy one could extract from this game. In cases like this, the safest route is probably to just start at the beginning.

Our first contact with this game was in a forum thread back in June 2016, that referenced a peculiar new RPG project with the intriguing name “No Truce With The Furies” marketed as “a story-driven isometric role playing game about being a total failure. An almost irreversible, unmitigated failure. Both as a human being and an officer of the law“. In the 3+ years that have passed since then, the game’s title might have changed into the much more market-friendly Disco Elysium, but the core description still stands 100% true.

In the beginning of the game, our not-so-heroic protagonist, a police officer called upon to investigate a murder but got *slightly* derailed in the process, finds himself in the situation you see above: waking up in a seedy, completely trashed hostel room. The immense amount of drugs and alcohol he’s consumed has rendered him unable to recollect any detail of who he is or what he has to do. This hostel is situated in the Martinaise district of the city of Revachol, a general area that can be accurately described as a “battlefield” – both literally, since it’s been in the past the field of bloody combat, the results of which can still be felt in the game’s “present” in more ways than one, as well as figuratively, since within its confines a constant struggle takes place between people, groups and factions of different political-socioeconomic backgrounds and interests. The world-building and general Lore stand out as the first impressive elements of Disco Elysium; the narrations regarding the history of Revachol and its cocaine-addicted hedonistic king, his deposition by the great Communist uprising and the eventual intervention by the “democratic” forces of the Coalition that sought to impose a semblance of capitalist normality, could easily be the subject of a separate fiction novel.

However, the most interesting conflict of all, and one of the main pillars that form this game’s unique essence, is the one taking place within the mind and soul of our insane, alcoholic druggie of a protagonist. Gameplay-wise, this conflict is implemented by the splitting of his Self into 4 general categories that represent our 4 main character stats: Intellect, Psyche, Physique and Motorics. Each stat is connected to 6 unique Skills, that essentially comprise different manifestations of our hero’s inner monologue.

This inner monologue and the interplay between our skills and “reality” essentially form DE’s entire gameplay. We can wander around the world and interact with NPCs and points-of-interest like in any other typical RPG, although these interactions usually just open up a dialogue window in which the protagonist converses with NPCs or with his inner voices – or, in most cases, with both at the same time.

This results in his inner voices constantly interjecting and giving input, as if they were living conversation partners that actively take part in every interaction, or companion NPCs that accompany the player and comment on everything that is happening. It’s noteworthy that the skills connected with our highest stats essentially form our “main” inner monologue during each playthrough, the one that makes the most frequent appearances during dialogue. What’s great is that this also actively affects how certain dialogues play out, since, for example, an Intellect-based character will receive different text input (and, sometimes, dialogue options) compared to a Motorics-based character.

Apart from their interjections during dialogues, Skills also occasionally appear as separate dialogue options tied to Skill Checks, whenever we want to perform some particular action – for example, if we want to kick some character’s ass, we select the dialogue option connected to our Endurance skill and see how this plays out according to the success or failure of our roll. This particular example leads me to the next point, that DE does not contain any sort of “combat gameplay” in the traditional sense that one would expect in any other RPG. All instances of “physical confrontation” are handled precisely like in the above example, with dialogue options and skill checks. It’s also worth mentioning that failed skill checks are never a “dead-end” in this game – apart from having at least 2 in-game ways of resetting some of these White checks (in contrast to Red checks, which are one-time only), there is always a different path one could take towards his objective (usually involving different skills), and even failed rolls sometimes have their uses, either by producing some unexpected beneficial incidence that we normally would miss, or simply by producing hilarious results.

In the context formed by all of the above, it becomes clear that the amount of text in DE is INSANE, with the developers having casually mentioned a number around “1 million words”. This could possibly have been detrimental to the game’s enjoyment, if not for two crucial factors.

First, the vast majority of text in the game is pure dialogue, with a rather simple and “everyday” flow to it. You won’t meet any of NuTorment‘s instances of purple prose in which we read 40 lines of text regarding “how the sun gleefully bounces off the sensually chiseled curves of a pink marble table during a melancholic spring afternoon” or something tiring and cringe-worthy like that.

Second, the game’s writing is simply BRILLIANT. I can’t stress that enough – whether it’s our or the NPCs’ lines of dialogue, the incredibly smart humor, or simply the item descriptions in our inventory screen, Disco Elysium features BY FAR the most cleverly-written texts we’ve seen in an RPG of the genre’s “renaissance” during our current decade. These two factors result in the huge amounts of text flowing completely naturally and without boring our tiring the player at all. This is a major feat on its own, especially when taking into account the inane Walls-of-Text that we’ve come to expect from a typical isometric RPG of the “kickstarter era”.

Apart from how clever it is, the game’s writing is also impressive due to how “political” it is, though probably not in the way one would expect. The historical in-game facts, I briefly mentioned before, have had a tremendous impact on the game world. Their main result is that Martinaise is a pluralistic mosaic of political beliefs and ideologies. During our escapades we’ll come across xenophobic and anti-communist royalists, defenders of the short-lived Commune of Revachol, capitalist worshipers of the Free Market, as well as Moralists who see themselves as being above petty political ideologies.

These political views can’t help but affect our protagonist as well, whose choices during such “political” conversations result in points being accumulated towards each of the above ideologies (Communist, Fascist, Ultraliberal, Moralist), until he has openly declared in favor of one or more of them (it’s entirely possible to become a… Fascist-Communist, for example). The final adoption of an ideology entails the internalization of a Thought and results in stat bonuses (and sometimes penalties), as well as in extra dialogue options, but also affects the way some inhabitants of the world react to us during dialogues, according to their own beliefs. The same system applies for the dialogue options that give points towards each of the Cop Archetypes: Superstar Cop, Apocalypse Cop, Sorry Cop, Boring Cop – I believe you can imagine more or less what types of responses correspond to each of these archetypes.

All of the above considered, there’s also the more “typical” gameplay aspects one would expect to see in an RPG. Quests/Tasks to be accepted and completed or botched (the order in which you complete – or botch – certain tasks sometimes affects how future Tasks unfold), XP and Skill Points to be gained, Health and Morale to be damaged or replenished depending on the proper triggers in dialogues or due to substance (ab)use, night/day cycle and rotating weather phenomena (that actually even affect gameplay in a few instances), time passing by (mainly by participating in conversations)… To be quite honest, it almost seems unbefitting to focus any more on such mundane aspects when reviewing a game of such idiosyncrasy.

It might seem equally mundane to extensively focus on the game’s few negatives, like the “mild” bugs encountered during the preview build (nothing game-breaking, fortunately), or the fact that meta-gamers can theoretically exploit the game’s dice system and resort to save-scumming in order to pass certain skill checks (despite, as mentioned above, failure being more often than not a treat of its own)… Or the fact that the developers claim it would take “60 to 90 hours for a completionist playthrough” when I’m pretty certain a fairly fast reader could easily discover everything there is to see and do in as few as 40-45 hours. This being said, the huge replayability factor has to be taken into account as well, so perhaps the total hours one would put into the game for all playthroughs could even surpass 90 hours.

The fact remains that Disco Elysium is a unique game, something the likes of which we’ve never seen before. Some have attempted to draw a comparison between it and the mighty Planescape: Torment, and, admittedly, there are a few similarities – after all, both are isometric RPGs with huge amounts of text, with a protagonist suffering from amnesia and with the theme of conflict with his past and his inner demons being prominent. In retrospect, however, we’re talking about two games that are the products of different eras and that aim to accomplish completely different things.

Unlike PS:T, Disco Elysium is not an “avant-garde fantasy adventure” that takes the player through different planes of existence and makes him combat gods and demons or tackle philosophical values like Mortality, Duty, Justice and Regret, all culminating with a final showdown of epic proportions inside a bright fortress in a different plane.

Disco Elysium is indeed “a story-driven isometric role playing game about being a total, irreversible and unmitigated failure“. It is the deeply personal story of our drunkard speed-freak protagonist and the struggle with his inner demons, always within the context of the political-social circumstances of his times. It is one of the best-written RPGs in recent memory. It is a glimpse inside the mind of Hunter S. Thompson, combined with the best script that David Lynch never wrote. It is True Detective’s Rust Cohle, drinking beer and smoking opium with Sherlock Holmes while Twin Peaks’ Dale Cooper is in the next room brewing damn good coffee. Despite being the first title to be produced by the independent developers of ZA/UM Studio, Disco Elysium is undoubtedly an indie masterpiece that will be regarded as one of the benchmarks with which we compare all future endeavours in the isometric RPG genre.

I AM BECOME DANCE, THE DESTROYER OF WORLDS

Disco Elysium is undoubtedly a Detective RPG masterpiece that will be regarded as one of the benchmarks with which we compare all future endeavours in the isometric RPG genre. 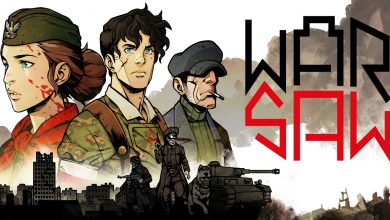