Sometimes, innovation does not have to be an end in itself. There are times when you want to play something tried and tested, but at the same time of high quality and thoughtfulness. Particularly in the Metroidvania sub-genre, the supply is heavily heightened based on the familiar formula, with several games in the genre standing out as top notch, such as Hollow Knight, the recent Ori or Bloodstained . Ender Lilies: Quietus of the Knights is one of the games that hasn't become particularly well known, but has gained a strong status through word of mouth from the highly successful (and rarely correct) implementation of the Early Access model. After all, this is the debut title of the development team Live Wire and considering the end result, we can't wait to get our hands on their next effort.

Ender Lilies takes us to a gothic setting, where we witness a white female presence awakening in a cellar after a deep slumber. The girl, who obviously seems young and resembles more of a spirit than a flesh and blood creature, is the only ray of light in an utterly bleak and ruined world. She presents no knowledge of past events, yet a sword-bearing aerie soon appears before her, named Umbral Knight, which swears to protect Lily (as she is eventually called) against all kinds of hostile presence. Which makes perfect sense, since Lily has no ability to fight and defend herself.

Being stingy in the narration of the past events, during the adventure we learn that the land was turned into ruins due to a mysterious rain that swept everything in its wake, and not just that, it also turned all the inhabitants (servants, soldiers and kings) into hideous undead creatures. For reasons currently unknown, Lily is the only being with the power to cure the world from the curse, so both she and the Umbral Knight begin their long journey to complete the purification. A far from easy mission, even with the collaboration of an immortal aerie, as its powers are not enough to overcome all the dangers that lurk in the dark.

Therefore, what Lily must do is to lift the curse on a plethora of tormented souls (aka bosses), which if she neutralizes first in battle, she can absorb them as guardian spirit (like our Knight) and borrow their powers. These extra powers are paramount both to gain access to previously inaccessible areas and to strengthen Lily herself. The alpha and the omega of a good Metroidvania, in other words. These powers range from the standard ones, such as the addition of a double jump and a proper dash (rather than the funny kind-of-somersault we have at the beginning) to wall grabs, grappling hooks and powerful guardian spirits that destroy certain types of sealed gates and passages.

There are about nine big bosses, with each one awaiting us at the end of their lair, and it is absolutely necessary to defeat them in order to move on further. But the game is not limited to this, as there are many optional mini–bosses, which are usually larger versions of conventional enemies, where by purifying them, in turn they join our pantheon of guardian spirits, with some extra (but not insignificant) powers of limited use.

We can have at the same time two sets from three different guardian spirits, with the variety being indeed impressive and offering many different options in combat. Combat, without being hopelessly difficult, is well above the average of modern games, something that has granted the game the "souls-like" classification. But we don't entirely agree with it. Indeed, the game is tough and often requires good reflexes and quick decoding of visual stimuli from enemy attacks, while bosses, especially after the second half of the game, are big trouble and it may take more than fifteen tries to get it right (sorry for the interruption, but Ulv, please die).

On the other hand, the game imposes no penalty when we die (we just return to the last checkpoint and enemies are regenerated) and combined with a free fast travel mechanic, death is an alternative tactic to get to the desired location faster, as our progress so far does not reset (e.g. if we activate an important lever, it will always remain active). After all, the game not only recommends, but also enforces exploration, being full of secrets and with a map that can be a bit confusing at first, but is quite enlightening in regards to both where the exits are and whether or not we have collected all the available items (blights for upgrades, relics, notes, etc.) on the current room. If we want to squeeze every last bit of power out of our guardian spirits (not all of them though, as there aren't enough blights for that), we'll have to "yellow" almost the entire map.

Besides, if we want to have a chance to watch the "good" ending of the game (there are three in total), we have to thoroughly search every inch of its huge map, as apart from the guardian spirits, great assistance is provided by the abilities of the relics. Each relic takes up a certain number of slots in our inventory (we can increase them, but, guess what, we'll have to work a bit harder to find them) and offers permanent buffs to Lily, such as higher attack damage, increased resistance to hits, healing after each kill or hit and so on. It's worth mentioning that relics with common advantages (like increased damage) become stacked, so depending on the challenge we face next, we can adjust relics accordingly to make our life easier.

If there's one thing that's a little unusual it's the levelling system. While not straying from the familiar path of collecting xp points from killing enemies and bosses, increasing Lily's stats (attack, hit points, etc) after each level up doesn't benefit her as dramatically as one would assume. Lily, even after reaching the 100th level, remains very fragile and it only takes a few blows from even the weakest enemies to break like glass.

Consequently, our survival depends primarily on dodging hits (melee or ranged), although a not very practical parry mechanism does exist, and secondly by our choices in guardian spirits and relics for each occassion. In this way, the challenge remains high throughout the entire game and Ender Lilies does not forgive any stalling and rushing.

Of course, no game is perfect and Ender Lilies has a few mechanics that probably work against the overall impression. For starters, we found it quite limiting that we can only change our guardian spirits when we are using a checkpoint. If we've made a mistake in our pick, things can become much more difficult than they really are, with the last resort being to go back, while also "resurrecting" all the enemies we've killed up to that point.

Also the combat system, while generally well thought out and enjoyable, can lead to quite a few tedious and repetitive battles, especially towards the latter stages of the game. Enemies rarely have a reaction to the power of our strikes, their momentum of movement is not interrupted, resulting in having to constantly spam the dash to avoid strikes that deal overwhelming damage. In conjuction with contact damage we receive against any kind of enemy, there are many times where we will lose because the coveted dash ended up on them.

Adding up to the difficulty is the replenishment mechanic of our health, which is only possible through prayers (we start with three). However, they take one to two seconds to complete, thus leaving us at the mercy of our enemies' claws. Sure, this was deliberately done to further ramp up the challenge, but at times, especially in the Ruined Castle and the nightmarish Verboten Domain area, it exudes a sense of "unfairly difficult" rather than "challenging".

Nevertheless, with continuous effort, perseverance and persistence, all obstacles can be overcome, and this is one of the trump cards of Ender Lilies. Despite all the issues it faces, the game is really fun and very addictive. Even if you have to go through the same area for the umpteenth time or fight the boss all over again even if it only needed one more hit to kiss this world goodbye (been there twice), it has an undefinable magic that makes you want to try again and again. It's the typical Metroidvania element that's hard to let go off, and Ender Lilies did its homework and delivers it very well.

The game's art style is also great, with dark colours, environments that are well-designed, rich in moods and architecture, and imaginative enemies that easily make a good impression. The soundtrack is a masterpiece, with each area and boss having their own theme, which are very melodic, often melancholic, and some of them will surely stuck in your mind for hours after the game is over. Voice-over is completely absent, which shows that the game's budget probably wasn't as big as one would assume, but that doesn't take any points away from the sad atmosphere it tries to succeed. On the contrary, perhaps it reinforces it even further.

In short, Ender Lilies: Quietus of the Knights is a complete Metroidvania game that dominates the top shelf, along with the best of the genre. It doesn't reinvent the wheel, but it is a high quality production, well-crafted and executed with care that is sure to satisfy fans of the genre (actually, not just them) for more than fifteen hours.

An excellent Metroidvania title, that aptly combines the best elements of the genre with quite increased difficulty. 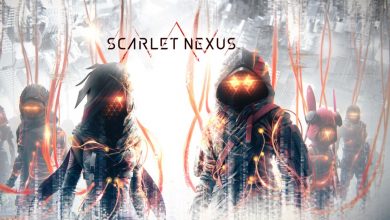