It's nice to see that in a few months we've had the chance to play some really high quality Metroidvania, coming from Eastern development teams. The first was of course the wonderful Ender Lilies, and the second is the game we're featuring here with the long title F.I.S.T.: Forged in Shadow Torch from China's TiGames. A game where, as often seen in Chinese productions, the protagonists are animals with anthropomorphic characteristics. But with an artistic approach that is far from being dubbed as "cute".

On the contrary, F.I.S.T. takes itself quite seriously, to the extent that it allows someone to take seriously a talking rabbit wearing a huge mechanical fist. Sure, the first impression is (at least) strange, but soon thanks to the sad story it tells and its dark, steampunk, presentation, the mood is reversed.

The aforementioned rabbit is Rayton, one of the heroes of the resistance against the invasion of the Machine Legion, which is what its name implies. A mighty army of cold machines, most of them in the form of dogs for some reason, which swept away every attempt at defense by the furry inhabitants of Torch City. The city has been under Legion occupation for six years now, with Rayton being a shadow of his former self, fully accepting of the situation and "stiff" on any talk of overthrowing the regime.

But one event will force him to change his mind. After his friend Urso is arrested, it begins to sink in that things are never going to get better. Instead, they're going to get worse day by day, unless he takes the situation in his own hands. In fact, the appearance of a mysterious and charming cat (yes, what?) with unusual fighting abilities gives him the impetus to put his trusty fist (F.I.S.T.) back on and save his friend. And not just that...

In general, the story is nothing special and is mainly an excuse to justify what happens on screen. Admittedly, it's touching to try to create an interesting plot, with several cutscenes, flashbacks and conversations with various characters, but the result isn't what you'd expect. Small harm though, because where the game ought to impress with its performance, it more than succeeds.

Metroidvania is the genre it belongs to and the truth is that F.I.S.T. doesn't innovate or even make any attempt to bring new features. Instead, it downloaded the handbook of the good Metroidvania from the internet, studied it thoroughly, made it its own and offered a very thoughtful, entertaining and at the same time quite challenging game that includes exactly what you would expect when you hear the term.

Action and exploration is the diptych that characterizes the genre and F.I.S.T. has plenty of material for both. In terms of action, the game features a fairly dynamic combat system that evolves very well as we progress through the game. For starters, Rayton wears his mechanical fist, which serves to annihilate his opponents, as well as carry heavy objects if circumstances warrant. He later acquires a drill and a whip, both with their own unique abilities, which in turn unlock access to places Rayton was previously unable to reach.

These three weapons have their own skill-tree, which proves to be quite satisfying in terms of variety and length of "branches". By collecting coins, either from defeated enemies or simply by locating them in the relevant "chests", we can buy more skills at the various save points visited, and the most powerful of these require finding special data disks. Said special skills require an amount of the SP bar to function, which accompanies our well-known HP and fills up whenever we perform successful combos. Combos that, while by no means going to make it difficult for anyone to perform (it's a matter of switching two buttons), leave the door open to experimentation, allowing for on-the-fly switching of Rayton's weapons.

As such, if we put enough effort into opening up skills, and some permanent upgrades on the hero himself (double jump, dash, etc) that we acquire when the game decides to, Rayton soon becomes a killing machine. Especially some crushing drill and whip combos can bail us out in not a few of the game's demanding battles. It's worth mentioning that there is an ability for parry, but it's part of the EP bar, which also corresponds to the... carrot juice we use to replenish Rayton's health, so parry is practically useless or barely used.

While in general, the game's action isn't particularly challenging, there are notable difficulty spikes in some of the dozens of boss fights you'll be asked to deal with. Of course, how much we struggle depends on how much time we've spent exploring the game's map. A huge map that is filled with secret passages that usually result in a significant increase in our income (hence more skills), finding data disks (which turn into powerful special skills), collector items, and items that increase Rayton's three bars (HP, SP, and EP).

The fact that the map is so legible, clearly illustrating all the points of interest, which parts of it are still covered by fog, even the percentage of the map that is left to discover the 100% of the area we are in, is a great help in exploring the map. Amazing work that helps us immensely to not lose our way (not difficult at all) and of course to more easily re-visit the places that were not possible before, after we have acquired the ability to do so.

If there's one thing we'd like to be featured more often it is the fast travel points. Without being a serious annoyance, they are sometimes quite far from points of interest (boss, collectibles, etc), which can lead to unnecessary backtracking. Aside from this drawback, exploring the world of F.I.S.T. is an enjoyable process. There's a wide variety of environments (in-town, sewers, environs, underwater facilities, and so on), and each area is balanced in scope, so the player doesn't get tired of spending too much time in the same area, but at the same time doesn't get bored, straining their eyes with similar types of scenery.

Besides, the gameplay also makes sure to change regularly. Whether by creating platform challenges or placing environmental puzzles, F.I.S.T. artfully avoids sticking to the same pattern for the 15 hours or so that a typical playthrough takes (double that for 100%). Even the battles don't get boring easily, thanks to the robust combat system and the variety of enemies, which, depending on their type, require a different approach - and possibly the right weapon. Of course, the patterns of the bosses are the ones we ought to "read" the best in order to have a chance of winning, which can test our patience to the limit. Especially towards the end of the game, the boss fights are extremely demanding in terms of reflexes and speed, with the final battle being a very nerve-wracking one indeed. Don't say I didn't warn you.

Moving on to the inevitable technical part of the presentation, F.I.S.T. uses the Unreal Engine 4 and the result is predictably excellent. The design of Torch City, as well as the other areas we visit, is beautiful, varied in moods, colours and details, and where the area allows it, vibrant. And the implementation of the steampunk aesthetic is apt and well thought out, truly impeccable work on the part of the developers. The soundtrack also leaves a good impression, with plenty of musical themes, some of them very catchy (like the theme in Old Town), while the voice-over is just passable: neither bad nor impressive.

The conclusion that comes out of our experience with F.I.S.T.: Forged in Shadow Torch is that it is a high quality and entertaining Metroidvania game that is highly recommended to fans of the genre and not just to them. The increased difficulty level towards the end of the adventure might be a deterrent for some players, but the game proves to be so enjoyable to play that we won't hold any... grudges.

Fist of the Rabbit Star

A solid Metroidvania title that fans of the genre will love. 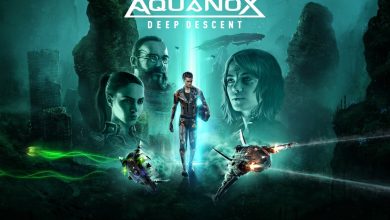