Half-Life's DNA is everywhere in gaming. And how could it not, when Valve Software's epics have made history and influenced thousands of developers around the globe. Bleakmill's small team goes one step further and attempts to recreate the unique, imposing and spooky atmosphere of Half-Life 2 with its setting and style of gameplay in its own story-driven FPS and in a different, original story that will take our protagonist from 80s Germany to an alternate reality that will bring humanity to the brink of destruction. I won't say more about the plot because the mystery surrounding what exactly happened is an important part of the game.

Industria's strongest point is undoubtedly the atmosphere it seeks to create. The main setting, a german city in the 80s time period, immediately gives the game its own identity and, despite the obvious similarities to Half-Life 2 in the environment design, the developers managed to put their own touch on it. Above all, their attempt to create an atmosphere of mystery, solitude and creeping menace was largely successful as the exploration of the levels brings out in the player a feeling of melancholy for the decline that has hit a once thriving and vibrant city.

Industria's gameplay combines combat against enemies scattered throughout the levels and light puzzle solving. The level design is mostly linear with small branches here and there for variety, while the investigation into what really happened in the game world is done by discovering documents and diaries in the vein of Bioshock and by communicating via radio with a mysterious figure who plays the role of a guide for a significant part of the campaign. At this point I should mention that the overall duration is relatively short and doesn't exceed 5-7 hours depending on the difficulty level, although this is reasonable given the low starting price (20€).

In general, Industria has enough of the necessary elements to offer a unique experience to the player, but unfortunately it stumbles in two important areas: the design of combat encounters and technical issues. Regarding the former, while the weapons have a pretty good feel and the enemies have a sufficiently menacing appearance, most of the battles lack rhythm and intensity and ultimately fail to satisfy on an pure action level. Having completed the game I can't recall more than one really strong and interesting combat set piece, most battles were of short duration against few enemies and this is an important issue for a first person shooter. The developers didn't quite manage to set up enough exciting combat encounters to get the player's adrenaline pumping, resulting in the action being generally tepid and low paced.

Even in battles that are well-designed, however, technical problems are a hindrance to the player's ability to concentrate on the action. I encountered several technical issues during my time with Industria, from annoying glitches (e.g. textures were stuck at very low for days until a patch was released) to crashes and generally poor performance in the more open areas of the game. I obviously understand that my computer is getting on in years (Core i5 6500, 1050 Ti) but the inability of the game to deliver a stable framerate even at 720p with all details on low shows that the game needs more optimization. It's worth noting that a few days ago the developers announced that they are working on a major patch that will address the aforementioned issues and move the game to a newer version of the Unreal Engine. There's no specific release date for the patch yet but it's worth keeping in mind if you want to buy Industria in the future.

Therefore, in its current state I find it difficult to recommend Industria for immediate purchase given that some of the issues I encountered may have been resolved in the future when the game will be cheaper. I also wouldn't recommend it to fans of fast and intense FPS as the action is rather sluggish for most of the campaign. However, I must also mention the fact that the strong elements of Industria, i.e. the successful atmosphere, beautiful environments and interesting plot, were enough to get me to the end without getting tired and despite the various technical problems. There is something good here, the potential and the promise of a memorable experience are there. The implementation didn't succeed 100% but the game isn't bad and I'd love to see an improved sequel. So if the technical problems are indeed solved and you find it at a low price, you too might find something interesting in Industria.

Not exactly a flawed gem but definitely an interesting attempt at an atmospheric FPS. Technical problems and sluggish combat don't let it stand out. 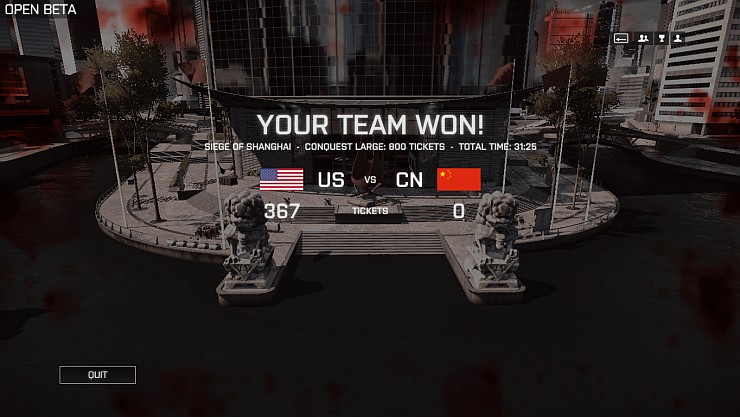