About a month ago we published a preview of King's Bounty II in which we described the main features of the game and its innovations compared to its predecessors. The feeling I got from the preview code at the time was of a title that was moving forward with changes on a superficial level without losing the connection to what came before. I had ended the preview in a decidedly positive mood, but I reserved my final conclusion for when I would have a chance to deal with the final code. So now, after dozens of hours of gameplay with all available characters and plenty of experimentation, I can definitively say that yes, King's Bounty II deserves to carry that glorious name, even if the new style it has adopted needs some tweaking to make it work 100%.

Since the preview with all the gameplay details is quite recent, I won't go into the individual gameplay details again and I will refer you to that article if you want to delve in. Instead, in this review I will focus on analyzing the developers' choices, critiquing them, and pointing out where I think there is room for improvement. As a quick summary, King's Bounty II belongs to the RPG/strategy hybrid genre, with real-time character movement on an open map and turn-based combat between armies whenever faced with a situation that must be resolved by force of arms. The main character does not directly participate in the battle but can have a decisive influence on its progression, either through stats that greatly enhance the units' abilities or through spell casting. One of the most interesting elements of the gameplay is the possibility of solving many quests in alternative ways that fit into four fundamental moral directives: order, power, finesse and anarchy. In fact, these options are directly linked to the levelling system, encouraging role-playing and specialisation.

I think the most important question that all King's Bounty fans will reasonably ask is the obvious one: Does the change in visual perspective from overhead to third person offer anything? Does it improve the game, does it make it more immersive, does it cause any unexpected problems? So on this topic I have to say that yes, in the end I think the change in perspective was generally successful. The world the developers have created is beautiful, keeping the vibrant colours and charming design of the previous game and adding an even greater level of detail. After an initial period of adjusting to the new standards, as I had logged hundreds of hours in the previous games in the series, I can say that I enjoyed exploring the landscapes of Nostria's world, and I didn't miss the overhead visuals in the real-time exploration phase.

If there's one thing I'd like to see improved in this section, it's the character's movement speed and the relatively frequent occurrence of getting stuck on certain pieces of terrain. My opinion is that the developers should have added a sprint button because the speed at which the character moves is somewhat slow and many of the quests require moving from one point to another and back to the original quest giver. There are of course scattered spots for fast travel and the ability to use a horse (which appears in a flash with a whistle like in Witcher 3) but I think the horse should also be somewhat faster, and anyway its speed is drastically limited in cities to the extent that its use in them lacks meaning. As for glitching on various obstacles on the ground (rocks, tight corners, other objects), it's a minor annoyance but it somewhat spoils the joy of exploration combined with the character's inability to jump over various obvious low obstacles (e.g. fences). I think that in a 3D game with an open world, the player should be given freedom of movement that obeys the rules of logic.

In the combat phase, the change in visuals (from the side view in the Heroes of Might and Magic style to overhead Civilization style) is more controversial. I wouldn't say it creates a practical problem since the camera can move freely and zoom in/out, but I think the old style was more pleasing to the eye because it allowed the player to enjoy the detail in unit design. With the new style the units are small and the animations when two groups collide are not as detailed as they should be so that it would make sense to zoom in and enjoy the battle. After a few tries at first you will most likely stop zooming in and play from the normal remote view. Also, I'll touch on the speed issue here too because I couldn't find an option in the settings menu to speed up the animations.

As for the gameplay, quests, writing and other gameplay elements, my positive impression from the preview was confirmed in the final version. The writing has retained the semi-serious and quirky style of the previous games, without missing the darker moments that create the typical King's Bounty contrast between humor and drama. The quests are generally set up in the classic style and style of the series, some can undoubtedly be described as fetch quests but in most of them there is some kind of twist (and of course the possibility of choosing the method of resolution as mentioned earlier) that gives the player extra motivation beyond the acquisition of quest rewards and the corresponding experience. But I'll reiterate my complaint here about the various chests, boxes, caches, etc. scattered around the world: the loot they offer is almost entirely a modest amount of gold and some junk items that can be sold to vendors for an equally modest amount. This greatly limits the allure of exploring every corner of the world.

Apart from the above issues, however, I have nothing else substantial to criticize King's Bounty II for. I adapted to the new style without any particular problems and quickly began to feel the familiar addiction that kept me hooked for dozens of hours with King's Bounty The Legend and Armored Princess. One of the game's strengths in my opinion is the lack of level scaling and the player really feels a great sense of satisfaction when he or she manages to prevail in a very difficult battle with overleveled opponents through proper and clever tactics. Having played a significant number of hours with all three available characters, I can confirm that leveling choices and tactics at the time of battle are very important and drastically alter the outcome of any given encounter. Victory is occasionally possible even against opponents that the game labels as undefeatable. Not always though, so if you find out that you can't succeed, deal with another quest and come back when you're stronger. In general though, you should be prepared for a relatively high degree of challenge because King's Bounty is traditionally a tough game.

In conclusion, I have no hesitation in recommending King's Bounty II to both fans of the series and newcomers who are interested after the change of the visuals. The beautiful world, the resolution options in the quests, the classically charming combat system and the addictive gameplay are enough in my opinion to prevail over the issues I pointed out and I'm keen to see how the series evolves next if the game succeeds commercially. My initial reservations were thankfully proven to be unfounded.

Different look but familiar and beloved gameplay with some successful innovations. Any issues are relatively minor and do not significantly detract from the enjoyment.

A dedicated PC gamer, Alexandros plays everything depending on the mood of the moment, but shows a preference for turn-based strategy, RPGs and considers UFO: Enemy Unknown as the best game of all time. Otherwise, he tries to hide his turtle-like reflexes by avoiding competitive multiplayer because, as he says, "it doesn't suit him" and is looking for ways to get the "Church of Gaben" recognized as an official religion in his country.
View thread (15 replies)

"Greetings, Hunters for King's Bounty! Over the past week, we have received many reports and messages from you on improving the game. First of all, we would like to say once again: thanks for your help, responsiveness, and patience!

Our team has carefully checked everything, and now it is time to reveal some of our plans for updating the game. Soon, we will release the first hotfix, which will bring the following changes:

STARCRAFT II: LEGACY OF THE VOID 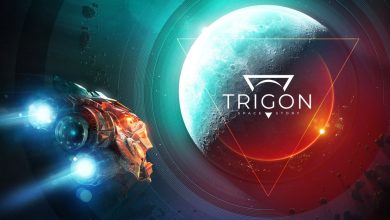 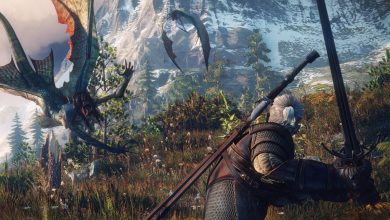 Witcher 3 and a big mistake that most RPGs make