Do you want to know how much I love King's Bounty? What? You don't? I don't care, I'll tell you anyway. Since the historical series (the classic King's Bounty was released in 1990!) returned to the forefront with King's Bounty: The Legend I've logged a total of 208 hours of gameplay in Legend, Armored Princess, and Warriors of the North. The Heroes of Might and Magic-style combat, colourful worlds and humorous writing turned me into a huge fan of the series and of course I was looking forward to a sequel with great anticipation. However, I'd be lying if I didn't admit that the first images from King's Bounty II left me puzzled. You see, the developers decided to abandon the isometric presentation of the previous games and adopt a third-person camera in the style of The Witcher and Dragon Age. The early trailers also seemed to follow a more serious tone in terms of plot and writing, so the truth is that I loaded up the game with quite a few reservations. Thankfully those largely subsided once I started playing.

For those who haven't had the chance to play a game in the series, King's Bounty II belongs to the genre of RPG/strategy hybrids with free real-time movement in the game world and turn-based battles when you encounter an enemy. Just as was the case with the Heroes of Might and Magic games (with the exception of IV), the hero does not participate in the battles himself but has the role of leading an army consisting of several groups of units. However, not being directly involved in the battle does not mean that our hero's role is not decisive since he has the ability to intervene with spell casting, and his attributes greatly enhance the strength of his army.

Since this article is a preview of the final version, I won't go into the details of the plot and will just outline in general what you should expect. After the initial character selection from the three available (a male warrior, a female mage and a female paladin) you will enter the fantasy world of Nostria. The action unfolds across multiple open maps and you have the option to follow the main quest or take on one of the many side quests available. As was the case in previous King's Bounty games, completing several of the side quests is essential to boost your character and army since enemies do not have level scaling and can crush you if you are underleveled. Dialogue is presented in third person, the dialogue I saw was fully voiced and it's obvious that the developers' aim was to give the game a more cinematic feel. In general they succeeded, although the quality of the character models and the editing in the cutscenes could have been better.

As I mentioned in the introduction, I initially had reservations about whether King's Bounty II would be faithful to the previous games in the series. I was worried that the new direction of the presentation might completely change the DNA I was used to. So I'm happy to say that, based on what I saw in the preview version, those concerns were unfounded. The gameplay may look different, both in free roaming and combat, but the core gameplay remains very much the same as in previous games and the writing retains in many places the humorous tone that was pervasive in all previous titles. King's Bounty veterans and fans of turn-based strategy/RPGs will therefore need very little time to adjust, but it will be interesting to see if the new way of presentation will manage to attract the interest of the mainstream audience.

The positive attributes of King's Bounty II include the turn-based combat system, the clearly improved graphics compared to the previous games in the series, the design and visual variety of the world and the fully voiced dialogues. Also of interest is the morality system closely linked to leveling. Many quests offer a choice of how to resolve them based on four main moral imperatives: Order, Power, Finesse and Anarchy, with the choice you make assigning you the relevant points of the respective axis. To access the most powerful abilities of each axis you'll need to decide relatively early on what kind of morality your character will follow, as unlocking them requires you to have accumulated a certain number of points.

As for the things that need improvement, I would say that the cutscenes need a little tweaking and the open maps of the game don't have enough interesting loot to reward exploring every corner as I very rarely discovered quality equipment in the various chests and caches. Finally, the maps have some invisible walls in some places (e.g. you can't drop from a small mound to the ground that is a meter below) that may prove to be annoying as they will force you to search for alternative routes.

In conclusion, the preview managed to restore my anticipation for King's Bounty II. Its presentation is different but the heart of it remains largely the same and that made me happy as a big fan of the series. Of course the final conclusion will be drawn with the review of the full version so I can judge the complete product but for now I will allow myself the optimism that the developers will give us a worthy successor. The official release of King's Bounty II is set for August 24.

A dedicated PC gamer, Alexandros plays everything depending on the mood of the moment, but shows a preference for turn-based strategy, RPGs and considers UFO: Enemy Unknown as the best game of all time. Otherwise, he tries to hide his turtle-like reflexes by avoiding competitive multiplayer because, as he says, "it doesn't suit him" and is looking for ways to get the "Church of Gaben" recognized as an official religion in his country.
View thread (12 replies)

PENNY ARCADE’S ON THE RAIN SLICK PRECIPICE OF DARKNESS, EPISODE 4

The Demos we tried on Steam Next Fest 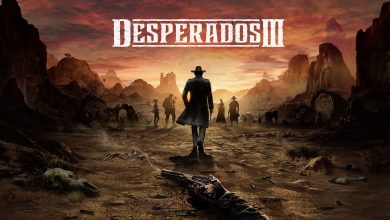