The Sockventure review came our way somewhat... by accident, because the review code that was sent to us was supposed to be for the game Hand Of Merlin that recently entered the Early Access stage (and for which we will have a presentation soon). However, once I put the code in on Steam I found that we had been sent a code in error for a cartoonish precision platformer called Sockventure! So since I had activated the code I decided to give it a look, even though my relationship with platform games has never been particularly warm. Not because the genre isn't interesting (quite the opposite) but because my skills in it are... shall we say limited. My last test was with the infamous Super Meat Boy which, after the first relatively accessible levels, crushed me in short order. So you can see why I started playing Sockventure with a knot in my stomach.

The plot of course doesn't really matter in a game that focuses almost entirely on gameplay, but let's mention it for the sake of formality. A kid loses his favorite socks in the house laundry and, unable to locate them, sings "I need a hero" like Bonnie Tyler. His plea is heeded by our protagonist who, like a tiny Superman, must traverse the perilous confines of a washing machine's interior and collect all of the kid's socks. Plot over! Now let's move on to the gameplay where we find the classic formula that most successful titles in the genre follow: Levels with increasingly escalating platforming challenge as the protagonist gradually acquires more moves and abilities and is obviously asked to combine them with speed, precision and sometimes imagination.

Two things immediately made a (positive) impression on me in Sockventure. The first, the well thought out presentation. Several popular platformers use pixelated aesthetics that definitely look nice, but Sockventure stands out with clean and detailed graphics that combine several modern effects into a very pleasing visual set. The second is the precision of the character's movements and the speed at which they move. In some games like Super Meat Boy and Spelunky the feeling I got was that the character moves a little faster than he should, resulting in several deaths not resulting from player error but from the inability to react to the character's movement in a flash. Sockventure's protagonist moves at a speed that exactly matches my personal preference, so I was able to play without being constantly frustrated by the inadequacy of my (objectively inadequate indeed) reflexes. Perhaps the hardcore of the genre would enjoy the extra challenge but I think there is no shortage of difficulty factor anyway for those with the courage to chase a 100% playthrough by collecting all the coins and all the socks.

The only substantial flaw I noticed has to do with the camera speed in some of the more demanding sequences of Sockventure. The camera is usually quite zoomed in on the action, and at some points when the player is asked to complete repeated quick (and often aerial) movements it's hard to clearly follow the action and what comes next as the camera stumbles along following the character. The relatively small window through which we view the level means that in the longer levels we have no idea what's coming next and have to learn the hard way. Finally, I'd like 1-2 more chapters because the total length is around 5.5-6 hours for a single (not 100%) playthrough, but Sockventure costs just 12.5 euros (with a 10% discount for launch) so it doesn't make sense to have demands for endless content.

So overall I was very happy with Sockventure and I would recommend it without hesitation to fans of the genre. It's clearly well produced and the gameplay offers the precision of movement and challenge that you would expect from the top names in platforming. Its few flaws aren't enough to spoil the overall very good picture.

Very good platformer with nice handling and plenty of challenge.

A dedicated PC gamer, Alexandros plays everything depending on the mood of the moment, but shows a preference for turn-based strategy, RPGs and considers UFO: Enemy Unknown as the best game of all time. Otherwise, he tries to hide his turtle-like reflexes by avoiding competitive multiplayer because, as he says, "it doesn't suit him" and is looking for ways to get the "Church of Gaben" recognized as an official religion in his country.
View thread (1 reply)

KELVIN AND THE INFAMOUS MACHINE 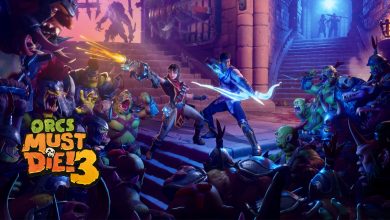