"I never would have proposed making Pentiment without Game Pass. Like, I literally just wouldn't have done it. I just don't think it would have been possible," said Sawyer.

"The old mentality of publishers and developers is generally focussed on larger investments with higher ROI, and that's not the point in this environment, in this ecosystem."

"[Game Pass] is the only way in which I conceive of [Pentiment] being viable.

"For my own sake, making a game so different, I've completely shifted my thinking for [Pentiment]. It is so unusual, so niche, it's for a small audience, and as long as that audience is into it, that's fine."
Click to expand... 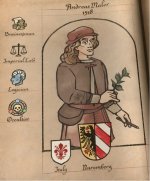