Ray Tracing, improved Screen Space Reflections, improved foliage, better textures and more visual improvements are coming to the game. Enjoy them to the fullest thanks to FSR 2.1 and DLSS 3 support!

Rediscover the Continent from a new perspective — we've added an alternative camera option that'll bring you closer to the action. Combined with the alternative Quick Sign Casting option, map filtering and the option to dynamically hide the minimap, it will make exploration even more exciting than before!

Capture the moment with the added photo mode! Does that mean there will be a The Witcher 3: Wild Hunt photo mode contest in the near future? Maybe.

We've included some community-made favourites in addition to our own modifications.

You've been asking for them — and we couldn't say no! The next-gen update has also been an opportunity to revisit some of the issues in the quests. The free next-gen update brings fixes to From Ofier's Distant Shores, Scavenger Hunt: Wolf School Gear and more!

We have a very special treat for all of the fans of the Netflix show! Enjoy alternative looks for Dandelion and Nilfgaardian soldiers, as well as a new quest, inspired by the show, where you'll be able to get diagrams for new equipment for Geralt. What's the quest? Shhh! No spoilers!

A feature you know from Cyberpunk 2077 — play the game how you like, wherever you like and carry over your latest save between platforms. 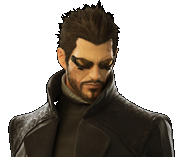