The original Aragami was a pretty interesting stealth game, managing to stand out in a genre that hasn't really thrived in recent years. With the exception of IO Interactive's Hitman series and Arkane's Dishonored, we're hard pressed to recall any notable recent output. Which has meant that the announcement of a sequel has only served to heighten interest in its release, let alone when developer Lince Works has spread the word that the ambitions and size of the team have increased greatly from when the first game was just a student project. But does the result do them justice?

The answer is not so easy to give, because it mainly depends on what you would expect from a modern stealth game. If you primarily believe that AI quality is the alpha and omega for the experience you get, then Aragami 2 is at least twenty years behind. Conversely, if you think that the unrealistic and "gamey" approach is what you're looking for, the game is capable of delivering some thrills. Even if several of its design choices don't hit the bullseye there either.

Remarkably, it is not necessary to have played the first game to get the hang of the scenario. After all, the story is set in the fictional land of Rashomon, during feudal Japan, and begins with the death of the hero. But death is not the end, and his mysterious transformation into an undead ninja leads him to the village of Kakurega, where only "homeopaths" ninjas reside. Therefore the goal is to save clan Kurotsuba from the demonic invasion of the hostile clan Akatsuchi, which for reasons as yet unclear, does not want any other clans around. A challenge that cannot be left unanswered. Of course, whether you will care about the story's conclusion is something the creators themselves probably didn't seek to do either. The way the plot unfolds is nothing more than an excuse to bash unsuspecting poor guards.

Even the structure of the game has more the logic of an online game with dozens of standalone missions instead of a story-based game with a distinct beginning and end. The village clearly has the role of a hub, and the logic followed is of the type "I choose the next mission and, alone or with two other players, complete the objective". After all, the co-op mode is one of Aragami 2's strengths, and as with almost any game with a human teammate, the fun is definitely upped, especially if you're playing with a familiar face rather than random players making their heads.

Continuing with the positive features of the game, Aragami 2 departs from the slow and methodical style of its predecessor and opts for a much faster and more direct approach. It goes without saying that our movements have to be careful, with shadows remaining our best friends, and every map we visit is filled with dense plants, very conveniently placed to hide from prying eyes.

However, it is particularly encouraging that there are a number of alternative methods of approaching a situation. We can avoid the conflict altogether by slipping out like genuine ninjas, knocking out or killing the guards, and the way we do this is purely up to us. Whether hiding in the flora, hanging from a window, or falling from rooftops, there is nowhere but one "right" way to reach our objective. Combined with our hero's developed senses, which resemble X-rays when we press the appropriate button, and the basic leap and dash movements, where he literally teleports, moving through space is an "airy" and often enjoyable process.

Later on, as we gain new abilities through the XP (and money, of course) we earn from completing missions, our options are multiplied. Skills like Wraith, which renders us completely invisible for a certain amount of time, or Blood Smoke, which fills our victim with clouds of smoke so that after the kill we are given the necessary time to hide, are particularly useful additions to our quiver. However, disappointingly the equipment we wear is only cosmetic in nature, so there is no real benefit to spending money on new armour and swords. At least we can put some runes on them, so that we get some permanent buff, but usually accompanied by some de-buff (e.g. more stamina in stealth, less armor).

The problems start when the game is asked to show us its class in artificial intelligence. That's where things are low-tier level. The guards move strictly along predetermined paths and never deviate from them, and too often they prove to be blind and deaf at the same time. It's hilariously easy to decipher their pattern and take out all the guards one by one without anyone getting a whiff. Their stupidity is so great that even if we take out a certain type of guard, where his role is absolutely clear that he should never move from his post, his patrolling friend will pay ABSOLUTELY no attention to why he's missing. It's the "gamey" approach we were talking about at the beginning of the article, which has its part of fun, but the calendar says 2021 now, not 2001.

In the event that we are noticed, which happens usually due to our own carelessness or haste and not because the AI was enlightened, Aragami 2 goes into combat mode. A mode that has unfortunately been implemented very clumsily. In a way, it attempts to be reminiscent of Sekiro, having parry as a key requirement to defeat your opponent, but any comparison to From Software's masterpiece is funny to say the least. Especially when the camera does incredible mistakes and twists as it pleases, and several times the parry doesn't work properly at all (two or three hits are enough to be dead), with the the ideal solution is to run away. Besides, after a while, the guards will return to their posts as if nothing happened, with the consequences limited to a lower rating at the end of the mission (thus less XP).

Missions that are surprising in number, as there are nine chapters with 51 missions in total, which means that as a length the game is very fulfilling, right? Not really. Each mission is relatively short in duration (ten to twenty minutes or so), there is no save option during the mission, and if you get killed twice, you have to repeat it. However, they are repeated over and over again to a extensive degree, as the same area will need to be visited five or six times! Of course the objectives and guard placement vary, but when you see the same little houses, the same forts and the same caves for the umpteenth time, boredom proudly looms on the ledge. This is not helped by the mission's objectives, which are banal, uninteresting and of similar, fetch quest, logic. Pick up three parchments, kill three guys and go. And poof, back to square one.

Probably the reason for this design is to provide plenty of "material" for extensive use of the co-op mode, where the game seems to put more emphasis. Even so, though, how long can one tolerate its unbridled repeatibilty? The answer is probably not a flattering one for Aragami 2.

Nor are the comments on the audiovisual aspect of the game particularly flattering. Although the graphics are not repulsive to the eye and feature nice colour schemes, the implementation of the characters and the environment do look like a production from a decade ago - especially in close-ups. There are also some glitches in the graphics engine, mainly clipping and momentary lost textures that unfortunately resemble an amateur effort. The soundtrack is definitely on the plus side, which is aptly atmospheric and melodic (the village theme is very nice), but the music itself doesn't make the game. The gameplay is what sticks at the end of the day.

Aragami 2 has its good moments, its old-fashioned take on stealth games occasionally is fun, but ultimately, the taste it leaves is that it's a mediocre game. To its credit, Lince Works decided not to take the easy route of simply improving on cons of the first Aragami and promote it as a sequel, but the result doesn't fully justify that decision. Maybe next time.

A different approach from the original, but mediocre in execution, Aragami 2 is unlikely to leave its mark on history.

RISE OF THE TOMB RAIDER 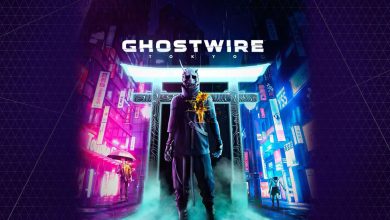