In February 2021 we first took a look at King Arthur: Knight's Tale, then still in Early Access mode. The Dark Fantasy strategy/RPG game by Neocore Games, a studio experienced in the genre (and in Arthurian mythology), already looked promising due to its addictive mix of a subversive story based on the well-known King Arthur legend with quality turn-based strategic gameplay. Of course, the version at the time was still lacking in content so we were logically reserved for the final conclusion when we would have the chance to tackle the full game. That moment has finally arrived!

Since we published a detailed preview before, in this article we will not expand on topics we have already covered. If you want details about the gameplay you can refer to the link we provided earlier. In summary, we'll just say that King Arthur: Knight's Tale belongs to the turn-based strategy/RPG games genre and has two distinct phases in which the action takes place: the strategic phase in which you upgrade your characters, develop your base (which is of course the famous Camelot), equip new equipment and choose your next mission from the available main quest missions or side missions. The combat/tactical phase starts when the mission begins and progresses in real time until you are confronted by enemy forces, at which point turn-based combat begins. Your units' moves and skills cost you action points so you have to decide carefully on the appropriate actions each turn.

The extra spice to the RPG elements of the game is added by the system of morality and religion. As the leader of Camelot you are able to follow different paths through your actions: Will you be a kind-hearted and righteous leader or will you drown dissenters in blood? Will you uphold the Old Faith doctrine or will you turn to Christianity? Your decisions move your mark on the morality chart and unlock new abilities and units, while affecting the loyalty of your knights. For example, a knight with tyrant morality won't particularly appreciate any displays of magnanimity on your part, while an Old Faith knight will not be happy if you start tearing down pagan temples to build churches. The level of loyalty directly affects unit performance in battle so the psychological management of your knights is quite important.

After about 40 hours of play and after completing the campaign and the vast majority of the side missions on Normal difficulty level, my general impression as it was already formed from Early Access hasn't changed: King Arthur: Knight's Tale is certainly a quality strategy/RPG game with many interesting elements, addictive gameplay and a nice dark fantasy atmosphere. The plot is relatively simple but the individual stories that unfold in the missions are usually very interesting, and the fact that we don't see games with British myths as a theme very often gives the game a freshness that helps it stand out from similar titles. I would even say that the morality system and the abundance of available knights gives sufficient replayability, but I would suggest experienced strategy gamers to start directly on the Hard difficulty level because on Normal many of the battles were rather easy, even the majority of the boss battles.

The only feature of the game that bothered me, and I even mentioned it in our forum, is the developers' choice to confront the player with a large number of enemies very often in most combat encounters. The general rule of thumb in turn-based games is to design relatively "tidy" encounters so that they don't run out of time at the risk of tiring the player. Of course it makes sense for some encounters to have a larger scale for the sake of epicness, however in King Arthur: Knight's Tale my personal feeling is that the developers somewhat overdid it. Clearing hordes of generic grunts is fun now and then but here it's done with such frequency that I personally got tired of it at some points. I think it would be more interesting to deal with mostly unique units with special abilities rather than 15+ simple soldiers and archers and 1-2 special units.

Other than that, however, I have no other major complaints about King Arthur: Knight's Tale. The campaign kept my interest until the end, the combat system and strategic map offer addictive gameplay, and I liked both the plot based on Arthur's legend and the "dark" aesthetic of the graphics. I should also point out that I didn't encounter any particular problems with bugs or crashes while playing the final version, with the exception of a possible memory leak that occasionally dropped the framerate sharply and couldn't be fixed except by shutting down and restarting the game. If you're a fan of the genre then King Arthur: Knight's Tale is certainly worth playing as it has several interesting elements that make it stand out from other similar titles, while everything it borrows from successful games has been executed to a high degree of quality. A clear purchase recommendation then and I await Neocore's future projects with increased interest.

Quality work by Neocore Games and a title that offers dozens of hours of addictive gameplay. Clearly recommended for fans of the genre.

A dedicated PC gamer, Alexandros plays everything depending on the mood of the moment, but shows a preference for turn-based strategy, RPGs and considers UFO: Enemy Unknown as the best game of all time. Otherwise, he tries to hide his turtle-like reflexes by avoiding competitive multiplayer because, as he says, "it doesn't suit him" and is looking for ways to get the "Church of Gaben" recognized as an official religion in his country.
View thread (10 replies)

Ωραίο review και to the point. 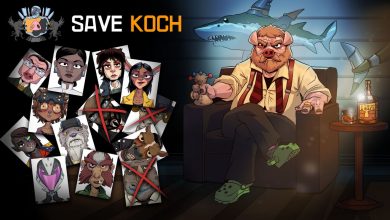 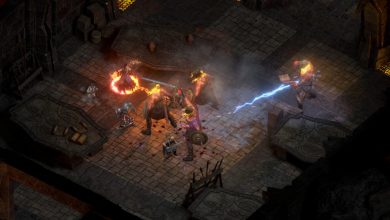