Sometimes, demos are not the best advertisement for a game. Lone McLonegan: A Western Adventure from Spain's Sonomio Games is one of the cases where the demo made available to the public at the recent Steam Next Fest was rather misleading about the game's value. Without being a masterpiece, Lone McLonegan turns out to be a decent representative of point 'n' click adventures, completely faithful to its traditional rules (i.e. unlike the recent Saint Kotar), but with a few problems in its design that, if they had been taken care of, would have made for a truly surprising title.

The story of the game takes us to the Wild West, approaching it in a purely humorous/satirical mood. The hero of the adventure is the homonymous desperado, Lone McLonegan, who enjoys the title of the most wanted outlaw in the West. But his joy doesn't last long, as one dull afternoon on an even duller Tuesday, he hears on the radio that Bragg Badass, his implacable enemy, has moved a hefty "bunch" to the safest bank in the West, that of Oldewell City, resulting in him taking the... primacy of the outlaw world. Unthinkable! Without wasting any time, Lone packs up his belongings, calls the first wagon he finds in front of him and sets off for Oldewell, with the intention of robbing the bank and thus restoring order. However, things do not go as planned, as during the journey, the wagon is ambushed by bandits, which resulted in the wagon being destroyed in the middle of the desert, as well as losing all his belongings.

As a result, he is forced to walk to town, where he must now devise another way to get his hands on the bank's safe. However, once again, his plans will be thwarted when he finds himself in the unfortunate position of facing Bragg Badass himself, who proves to be the master of this town. And then a big adventure begins.

In short, that is our ultimate goal in the game: simple, clear and understandable. Of course, to get to the showdown with the Bragg Badass, we'll have to cross a myriad of obstacles, meet and help every "representative" of the Wild West we can imagine (Indians, undertakers, gold diggers, etc.) and squeeze our brains by tackling a series of tricky puzzles.

As much as his demo didn't foreshadow it, we're not kidding about the latter. Lone McLonegan's difficulty level is well above average, or preferably above what we've become accustomed to in recent years. Especially after the events of the first act (if we can call it that), suddenly the game opens up and the available locations are multiplied. At the same time, the player starts to be bombarded with tasks to be completed (not necessarily in any particular order), with dozens of items clogging up the inventory and puzzles that, if we are not careful enough, can really test our patience.

The lack of guidance in the puzzles is obvious and sometimes a bit annoying. The hints for our next step are scarcely provided and many times they can appear in a completely irrelevant conversation with a character, which we have to connect in our minds in order to do the right thing and move on. For example, at the beginning of the game, the saloon bartender informs us that his origins are Serbian. Much, much later in the game, we will find an item related to this information, so if we hadn't paid attention to, we would probably be stuck for a long time.

The fact that there is no hotspot indicator further complicates things, and along the way other obstacles present themselves, which we're not sure if they are artificial or the negligence of the developers. Controls are simple and understandable, but they certainly could have been better. Changing the verb with the right mouse button (Sierra's adventure-style) is an often tedious process, even with the use of shortcuts, and the display of inventory items in a straight line becomes disorienting, considering that we often carry more than 15 items at once. Besides, it's quite confusing that dialogues we've done before usually do not disappear or even change color and no journal or to-do list is included. When five or six tasks are open at the same time, surely something like this would help a lot in getting things in order.

However, Lone McLonegan is an old-school challenge that is generally well received. Personally it took me about eight hours to complete the game, with some puzzles containing high levels of inspiration, but also several "walls", finding the solution with the traditional trial and error. Unfortunately, this is where the bad news begin, as there are more "moon logic" puzzles than we can handle. Usually these lack some elementary logic and/or are exaggerated to the core, other times they require a bit of an out-of-the-box approach (like that tragic one in Chaos on Deponia, but in a more...normal context), but even more often there is a noticeable lack of hints that would direct the player to move accordingly.

I'll mention one puzzle that really annoyed me and I wasted an incredible amount of time with it: the town handyman asks us to find a spring to fix a music box. No matter how hard I searched, I couldn't find such an item anywhere, even looking for it in objects that might contain such a mechanism (e.g. the cuckoo clock on the wall clock). The solution was to tear the cover of the saloon stool with a scalpel, right in front of the bartender's eyes, who until recently had been scolding us every time we did something he didn't like. Where's the logic in that?

Besides, there is an absence of continuity in the dialogues. Some actions may have already been completed and we may have e.g. collected the object of interest or the answer we were looking for, but if we accidentally bring up the topic again in a dialogue, our interlocutor will respond as if he/she does not know what has gone before. At the very least, most dialogues are spirited and have a good deal of humor, not always on the spot (perhaps this is due to possible poor translation from Spanish), but they are certainly entertaining.

Admittedly, the aforementioned issues, as well as some other minor oversights (why do we have to look at the map every time for fast-travel and there isn't a shortcut? Or after we've already unlocked a door, why should we use the key again to open it?) leave mixed impressions on the player, thereby limiting its strengths such as its likeable characters, its cleverly placed references to other games/movies, and its packed content. On top of that, they also point to the lack of experience of its developers and perhaps the low budget. A budget that, for the most part, seems to have been devoted to the graphics.

With a quirky approach reminiscent of a three-dimensional book, there is no doubt that Lone McLonegan has its own unique personality. A personality that encapsulates an appealing package to the player's eye, with distinctive 'puppet-like' animation, vibrant colours and simple design lines. The soundtrack, on the other hand, includes the music tracks one would expect from a game of this genre, with the banjo playing a leading role, but without being anything special. The voice-over shines through its absence, which perhaps works in its favour. We certainly wouldn't mind any addition of it in a future patch though, as long as it's decent of course.

In conclusion, Lone McLonegan is not a bad adventure. It's an above average game that obviously had a lot of room for improvement that would take it up at least one notch in quality. However, combined with the low retail price and the amount of effort will take for someone to finish it, they represent a game that won't waste the time of adventure fans. 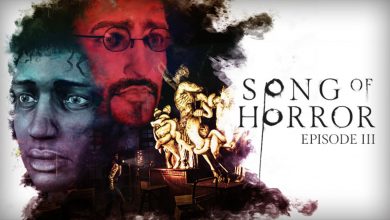 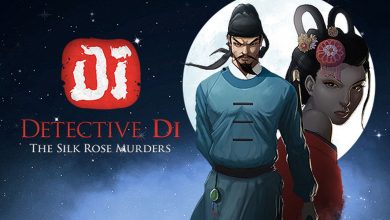