He who seeks finds, says a proverb, and in the case of this article, it is perfectly fitting. The reason is that for most of the games you will read below, there has been only a very little mention in the gaming press and that only in more specialized web-pages. So we had to dig a bit more into the upcoming releases in every dark corner of the Internet in order to gather them all together on one page.

However, even without a lot of advertising, there seems to be quite a good flow of new adventures, at least for the next two years, which is very pleasing. So let's take a look at some of the most interesting ones that our radar caught. The adventure, whose title paraphrases the classic Iron Maiden song, is at the top of what is probably the most anticipated point 'n' click adventure of recent years. Being in development for some time now and after a marginally successful Kickstarter campaign, Spanish Scarecrow Studio is preparing an interesting and very ambitious title.

Set in a quite interesting period, filled with conspiracy theories (late 1940s), 3 Minutes to Midnight promises the biggest storyline ever written for an adventure game, with different plot developments and separate endings depending on your choices during the game. In addition, there will be two playable characters, with many puzzles having more than one solution, creating further incentive for the player not to quit the game after completing it, but to start again trying another path.

Combined with its beautiful artwork, all this sounds great and we hope that the promises will be fulfilled to the maximum. When this will happen is unknown, as there is currently no specific release date. The original Kickstarter campaign estimate of a June 2020 release was obviously not met, contemplating the complexity of the project, and based on the sparse frequency of updates from the developers, perhaps the 2021 date that appears wide open on the Steam page might not be all that realistic. Lately, in the way it supports classic adventures, the Application System Heidelberg publishing company reminds a bit of good old Daedalic Entertainment, being of German origin as well. There are many quality adventures that bear its signature as a publisher, such as Unforeseen Incidents, Nelly Cootalot, Lamplight City and Mutropolis, and then some.

The some can be found in the western Rosewater, which comes from the hands of Lamplight City creator Grunidslav Games. In a 19th century version of Lamplight City, journalist Harley Leger arrives in Rosewater City in pursuit of the new of the century, which arises after a routine story she's assigned to cover. A news story that involves prominent figures of the day, but also plenty of scoundrels...

Also in this game, our choices will have an impact on the plot, but also on our relationship with our partners. Notably, Rosewater will feature an inventory system (something that was missing in Lamplight City), and there will be random encounters (!), the frequency and type of which will depend on our previous decisions.

Up until a few weeks ago, the game was scheduled to be released by the end of the year, but it looks like it's going to end up in early 2022. However, you can still try out the demo available on the Steam page, though in all likelihood, it'll be far from the finished product. This is a one-man project, by Mr. Martyn Norman, which has suffered a few delays so far, with the latest one calling for a final release on September 20, 2021.

According to the game, it's 2035, in a dystopian society (as usual) ruled by an authoritarian regime, with protagonist John Smith working as a licensing clerk. During a routine audit, he finds that something rotten is creeping into the inner workings of the regime, as he discovers that all sorts of strange/illegal experiments are being conducted. His ally in trying to solve the case is the Loophole device, which allows him to teleport to different locations and even alternate universes.

The Universe 25 looks to be quite a grandiose project, being an one-man work, as it will feature over a thousand lines of dialogue and more than thirty locations. It remains to be seen if they will come to fruition less than a month from now. We move on to another "western" game, only unlike Rosewater, Lone McLonegar by Sonomio Games chooses the fully humorous approach of the era.

The hero is a bearded outlaw, who has been out of shape lately and is very low on the list of the most wanted outlaws. On the contrary, his arch enemy, the Bragg Badass, touts himself as the first and best (or worst, however you take it) and that's something he's unable to tolerate.

So he makes his life's goal to rob the safest bank in the Wild West, which is guaranteed to put him at the top of the list. The highest honor for an outlaw!

Lone McLonegar seems to tick all the right boxes, being a pure point 'n' click adventure, full of humour, a unique graphic style and lots of surprises. November isn't far away, so expect another quality adventure from the Iberian Peninsula. Another interesting adventure that's going to show up in the coming months, from Copenhagen this time. Tideshell Keeper tells the story of young Noon, who has been listening to her elderly grandmother talk incessantly for some years about the coming of a huge tidal wave that will destroy everything in its path.

In an attempt to avoid her "whining", Noon takes her personal submarine (!) and sets sail offshore to go fishing, but is unfortunately it gets stuck underneath a drifting city. There she tries to return home and after contacting with the townspeople, she slowly realizes that Grandma's words were not exactly delirium as she thought.

Visually, Tideshell Keeper looks great, with the distinctive design style of the characters easily winning the day. According to information that has been made public, the game does not spoil the tried and tested materials of the classic point 'n' click recipe, which will however include puzzles based on how to learn a language in real life. After all, Tideshell Keeper incorporates a dialect of its own, called Drift, which we have to learn - exactly how it will be integrated into the core of the game is something we'll learn upon release.

This is expected in the first quarter of 2022, with no final date set, so the chances of a delay are very real.

Lover of action, shooter, adventure, RPG's and sometimes racing games, he prefers mainly single-player gaming. Every now and then he breaks out into a multi, but he doesn't overdo it.
View thread (16 replies)

First Person; No thanks. 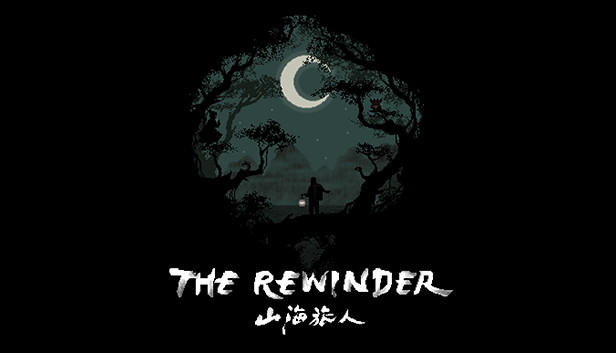 The Rewinder on Steam

The Rewinder is an adventure puzzle game based on Chinese mythology. You play as Yun, the last known Rewinder, who can communicate with spirits and explore other people's memories to alter the past.