We already presented a small portion of Desperados III in our preview a couple of months ago, which left us wanting for more while also quite optimistic about the final product of Mimimi Games. Desperados III had the potential to be a quite comprehensive game ideal for the tactical-RTS audience, which has enjoyed few games in comparison to other strategy sub-genres, since the release of Commandos: Behind Enemy Lines back in 1998. We are glad to say that it manages to strike bullseye and provide a reference for the games to come!

As expected, quite a few things have evolved during the past 22 years, since the first Commandos came out. The industry has moved on, the hardware capabilities are almost like out of a sci-fi novel when compared to the “top-end rigs” of the time. Game design and software could not be any exception to that rule. However, there are a few recipes which remain timelessly unaltered, a testament, if you will, to the economy of design that those (hardware) restrictions imposed in the past. If one would completely deconstruct the Commandos design, they would see that its levels were nothing more than different “boards” of cleverly intertwined puzzles. Solve the first one, the rest would fall like a domino effect. The boards themselves had an overall theme (i.e. WWII – bless you Pyro Studios for spiking my interest in history as a young teenager), but were only loosely connected together. Desperados: Wanted Dead or Alive (2001) changed this approach by taking the recipe one step further and encapsulating the gameplay mechanics in a cohesive narrative taking place in the Far West.

The fourth installment of the series under discussion (officially numbered as the third, as many friends would like to forget… Helldorado) is a prequel of Desperados: WDA main characters (John Cooper, Kate O’Hara, Arthur ‘Doc’ McCoy). Right from the start, one can understand that the developers did their homework. Thoroughly. The tutorial serves less an introduction to the basic gameplay mechanics, emphasizing more on the narrative, which is quite improved than Shadow Tactics: Blades of the Shogun (Mimimi’s last game). It is during the tutorial where we learn that Cooper’s target (ours) is a man named Frank. The why and how are slowly unraveled during the course of the game.

The decision to make Desperados III a prequel is well justified and works. The player would not feel like “missing out” on key references and story; the game and narration feels fresh for both new and veteran players to the series. Narration balances between the characters’ aim(s) which lie(s) ahead and their origin stories. And, oh my, you’re in for a treat. The whole story radiates the feeling of the best/funniest/most iconic scenes of Sergio Leone’s films, be it the exaggerations of characters’ reactions, the funny moments, the clash between the actors. I do not wish to spoil anything and shall remain cryptic, yet there are moments where I felt I was listening at the Man with the Harmonica, wondering who he was.

The Wild West was a harsh, inhospitable, vast region where any buccaneer was looking to make it or break it. The scene of the cowboy riding slowly against the sunset; victorious for living yet another day, more experienced, despite the hardships of nature, comes to mind. This is the setting which defines the game. While Shadow Tactics was almost whimsical and fairy-talesque, depicting a romanticized version of feudal Japan, Desperados III takes on most, if not all, Wild West cliches and presents them in a realistic fashion. There is of course the occasional banter between the player characters (PCs) and NPCs alike, and there is a whole level which starts on the premise that everyone is hangover after drinking themselves under the table the previous night! However, it fits so damn well that it does not break the narrative at all!

There are two major factors that contribute to the game’s atmosphere: the art depiction and its soundtrack. As it would be expected, the game adopts a faux-isometric perspective; “faux” as it is a truly 3D-game with full camera orientation (written on Unity engine). The latter helps massively in the careful planning and execution of the team’s actions. And while Shadow Tactics adopted a cel-shaded art direction, Desperados is more photorealistic in that aspect portraying many of Wild West’s landscapes. The player is alternated through many different topographical spots in the US during the game’s story, so do not expect to be seeing only dry dirt and tumbleweeds. In contrast, expect to enjoy the scenes with dense forests, move to the dense foliage of Louisiana bayous, bask at deep gorges, visit railway workshops where people pave the way, pushing the frontier.

You’ll have the game’s discrete yet distinct soundtrack as a companion on that journey. So familiar and fitting to the setting, yet so fresh at the same time. You’ll swear you’re about to hear some trumpet notes of an Ennio Morricone composition. It may as well be my subjective association of western films with the Italian composer or the aim of Filippo Beck Peccoz to grasp this essence. What is certain is that the end result fits in perfectly.

None of this would matter, of course, if the gameplay was not well executed. We have discussed in the past that Mimimi has tried to introduce its own innovations in the tactical-RTS genre without them being redundant. Shadow Tactics had dynamic and responsive to light viewcones, a gameplay element which introduced yet another degree of freedom in tactical planning by turning light sources off and on again (we shall not discuss the fact that I did not take advantage of that not even once during the review playthrough – Roy would have been unimpressed). Additionally, the different enemies composition from the lowly thugs to the hard-boiled Long Coats (who are not distracted by diversions) is something you’ll be taking into account all the time during your situation problem solving.

In the sixteen (16) different levels needed to complete before the credits roll, you’ll encounter a lot of diverse and different situations which can be solved with at least 3-5 different approaches. To be completely frank, an average player for a simple playthrough on normal difficulty would need around 25 hours to finish the game (considerable amount of reloads included). This duration is expanded when we take into account the different approach in each level, as some can be finished in mutually excluding ways, which award some nifty badges!

One of the game’s true successes is that the player never ends up in dead-end forcing them to restart the level, despite the number of “advanced skills” they may have used up to that point. Even the all-guns-blazing approach is not brutally punishing, although it would make someone’s life considerably harder. During our preview, we were concerned that of all the five character archetypes (gunslinger, brute, sniper, spy, crowd-controller) the latter would potentially be the most imbalanced, as materialised in Isabelle, the voodoo-aficionado lady. It’s an element which slightly contradicts the realistic aspect (and my writings above) yet it is integrated and functions quite well within the game’s fiction. Additionally, her skills seem to have been balanced out quite well either by limiting their permitted uses per level or by changing their timings.

The most important tool in our arsenal for all our characters, is the slowdown mode. Although introduced early one, it’s adoption and familiarity settles slowly with time and practice (as everything). By the end of your play-through, you’ll find it indispensable (but not necessary) if you want to make your lives easier. This form of time-stop allows the player to input different actions/commands per character and execute them at the same time with the press of a button. Quite nifty a tool for both stealth but also “loud” play-styles. I found myself planning out quite a lot alternative versions using slowdown mode to maximize havoc.

As we already mentioned, you’d be looking at around 25 hours for your first play-through. It’s worth mentioning, though, that this game time does not include the Baron’s Challenges, a mode unlocked after the eight level, where you are called to revisit previous levels, face new targets with limited or twisted skillsets! This game feature is planned to be supported in future for free by Mimimi, as part of their games as a service philosophy, introducing at least one Baron’s Challenge per level. Put it simply: expect more free content.

I loved every single moment of Desperados III, even the times when I miserably failed because I had overlooked that damn thug hiding in the corner overlooking and, consequently, spoiling all my meticulously planned actions. John Cooper and his gang will take you for a ride during the period of conquering the Wild West, just after the American Civil War when every survivor was trying to make a name for themselves under brutally harsh conditions. If Shadow Tactics provided evidence of what Mimimi could do, they have gone all in with Desperados and are ready to pick all the chips off the table. Ladies and gentlemen, we have a serious candidate for RTS of the year. We are quite anxious to see what they have next in store for us. The quality of their work speaks for itself through Desperados III.

Mimimi Games delivers a stellar benchmark for the titles to come both in terms of gameplay cohesion and storytelling. Brilliant map design, character synergies and a long-term support plan promise to keep you engaged for more than the initial 25 hours to completion. Make sure to check it out. Probably the RTS of 2020! 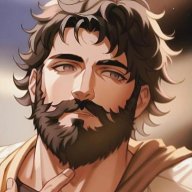 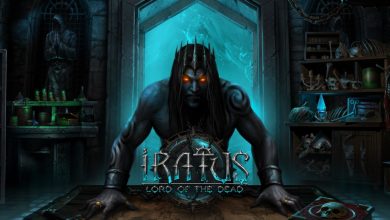 IRATUS: LORD OF THE DEAD

Recent Posts
Back to top button
Close
Τελευταία Reviews
We use cookies on our website to give you the most relevant experience by remembering your preferences and repeat visits. By clicking “Accept All”, you consent to the use of all cookies. However, you may visit "Cookie Settings" to provide a controlled consent.
Cookie SettingsAccept All
Manage consent