ATOM RPG was undoubtedly one of the most enjoyable RPG surprises of recent years. It may have been given the overly simplistic description of "Fallout in Russia", and perhaps not unfairly so, as the game seemed to directly copy a lot of the gameplay aspects of the first two Fallouts. However, beyond this superficial identification, the game managed to be an excellent old-school RPG in its own right, with its Falloutian mechanics masterfully combined with a highly interesting, well-written and... extremely Soviet world. Given the above, it's no surprise that the announcement 2 years ago of a stand-alone ATOM expansion called Trudograd filled fans of the original game with excitement and anticipation. The expansion was originally released on Steam in May 2020 in Early Access status and in full release last month.

The events in this expansion take place two years after the events of the main ATOM RPG plot. After the game's atmospheric live-action intro, we receive a briefing which informs us that our character must travel to the city called Trudograd in order to locate a scientist whose research may prevent a disaster, the exact nature of which I will refrain from mentioning to avoid spoilers, as it concerns the plot and finale of the original ATOM.

Trudograd, located to the east of the wider ATOM RPG area, is an old industrial-research centre that managed to survive the Great War of 1986 largely intact. This city is essentially the area where all of the expansion's action takes place, with its various districts being the available destinations on our World Map. Beyond the city itself, of course, we'll be asked to explore several locations outside its walls over the course of the game.

Focusing the action solely on a city and its immediate surroundings, as opposed to the much more expansive world of ATOM RPG, offers the benefit of delving much deeper into the Lore that characterizes the city itself and its individual sub-areas. Thus, each district of Trudograd and its suburbs has its own distinct character and inhabitants, elements that both underpin the broader guidelines of the game's narrative: on one hand, the struggle between Trudograd's corrupt ruling class and a budding "revolution" that threatens to drown the bourgeoisie in its own blood, and on the other, a vague threat from "the Peoples of the North" who are rumored to be about to attack the city at any moment.

Into this mix of class struggle and an invisible, impending threat (which in turn produces other side-effects inside the game's world, such as racism against the inhabitants of northern descent for "acting as spies for the rumored invading army"), we add our character's mission. The result is a highly interesting RPG cocktail of choices and consequences, within the particular post-Soviet and post-apocalyptic world we encountered in the original ATOM.

Trudograd's status as a stand-alone expansion means that one can buy it and jump right into it without owning (or even having played) ATOM RPG. Completing the previous game does of course offer some benefits, such as the ability to directly import our ATOM character into Trudograd (a process which passes on our character's stats and perks, plus the world state of the imported save, but not the inventory and weapons we had in ATOM). However, even if one enters the expansion completely unaware of what happened in the previous game, one can still create a new character and then answer a series of in-game questions about the main ATOM locations, with those answers forming the main pillars of the World State.

From the very first moments of playing Trudograd, its virtues and the additions/improvements it introduces to ATOM's basic formula become abundantly clear. These additions are both of technical nature, such as the noticeably improved graphics (which greatly enhance the atmosphere in Trudograd's snowy environments), and of purely gameplay nature. Chief among the latter are the revamped Ability Tree (with Perks being collected in a new Perk Wheel), the improvement to the Inventory (which finally breaks away from Fallout standards and "expands" to resemble more of a Grid and less of a list), and the introduction of the ability to Mod/Upgrade our weapons.

The above, of course, only add to the foundation of the game, which is none other than the consistently excellent writing. Apart from the extremely well-written implementation of the central pillars of the narrative, the game's quests are quite original in their conception and can be progressed and solved in a multitude of ways (and with the use of various possible skill checks), while the dialogues with the numerous NPCs are just as clever and well-written (and, in parts, simply hilarious). It's also worth noting the differentiation/optimization of the way the dialogues are conducted, so that someone who wants to avoid lore dumps and not read 100% of the texts can simply focus on the plot-critical questions that advance their quests.

Regarding the obligatory listing of any "negatives"... The flaws I can identify in the game are purely minor elements, which may of course annoy some people. Minor bugs that are progressively fixed with the release of patches, various "inconveniences" resulting from the old-school UI design that we don't tend to see in more modern titles (such as having to go into the Inventory and place a Lockpick into one of the character's active item slots if you want to use it in an occasion), but also the rather unfortunate choice to have the title's limited voice-overs performed by a single person, who changes his voice tone at will.

The total game length of Trudograd is almost half that of the original ATOM, i.e. around 30-40 hours for a full playthrough, with the need for at least 1 more playthrough in order to explore all the different options in the main and secondary quests being a given. This, I guess, justifies the decision of the game's creators to turn it from a "simple" expansion of ATOM into a fully standalone game. Absolutely to their credit of course, the price of the game, 860 rubles 11 euros on Steam, remains extremely low consistently from its EA status to its full release, as if it's just a DLC instead of a full game. It can also be purchased as a bundle with the original ATOM for just over 20 euros, in case someone didn't buy the original game.

In conclusion, anyone who played and loved ATOM has literally no reason not to play and love Trudograd, which could be briefly described as a "slightly improved part of the ATOM experience". As for "the others", the conclusions drawn at the end of the corresponding review for ATOM still apply in full: those who appreciate the essence of the first Fallout and inXile's Wasteland games, and the gameplay that characterizes them , will certainly not regret giving Trudograd (and ATOM) a try.

An improved, stand-alone piece of the ATOMic experience that will fully satisfy both fans of the original game and fans of turn-based RPGs. 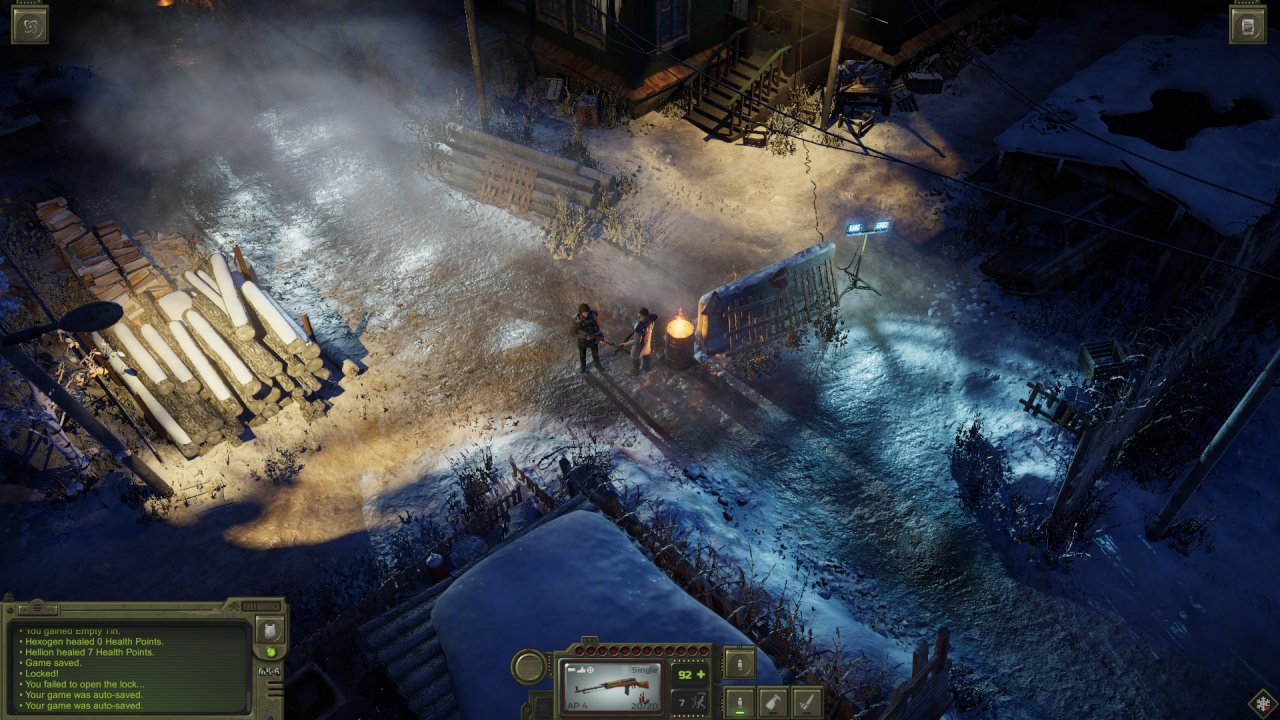 A stand-alone expansion to ATOM RPG that replicates and enhances its post-apocalyptic, post-Soviet experience.

THIS IS THE POLICE 2