For a unique and eccentric developer like Japan's Yoko Taro, it's perhaps fitting that his games were released on PC in reverse order. First to arrive chronologically was NieR Automata, the sequel to the game we're featuring today and a title that managed to get a high score in George Dempegiotis' review of it. Nier Replicant was first released for the 360 and PS3 consoles in 2010 and premieres on PC screens with a remastered version. But does this re-release make sense in 2021, or has the time that has passed since the original release left indelible marks? The answer, as you'll see in the paragraphs that follow, is far from easy.

Refining Nier Replicant to its most basic elements, the game clearly belongs to the action-RPG genre. After a prologue that leaves big questions about what's really going on, our story begins in an idyllic fantasy village and focuses on two brothers, Nier and Yonah. Little Yonah suffers from the disease Black Scrawl and her brother, desperately searching for any possible cure, wanders the ends of the earth under the guidance of the village librarian to discover how he can help his ailing sister. In the course of the main quest, the player will be confronted with significant information that calls into question many of the seemingly clear and obvious elements of the world. However, even the completion of the main quest will not bring definitive answers because, just as with Nier Automata, the unfolding of the full story requires more than one playthrough.

The difficulty in evaluating Nier Replicant is mainly due to the strong contrasts found throughout the game. For every element that is still fresh, clever, interesting, maybe even innovative, there is correspondingly something else that seems to be taken not from 2010 of the original release but from the mid-90s. For example, the story Yoko Taro wants to tell has a lot of interest, unpredictable developments and a depth not common in most games, with existential questions and influences from psychology, philosophy and metaphysics. However, the obligation to complete the game (or at least a large part of it) five full times to reveal everything is excessive to say the least and, due to some gameplay issues we'll discuss below, potentially unbearable for many players.

Similarly, the main characters of the game that form the main character's party, their personal stories, the chemistry they develop between them and the voice acting all contribute to the player wanting to know more about them and being affected by the scenario developments concerning them. At the same time, however, the way these developments are presented and many of the individual character elements are reminiscent of outdated anime and RPG clichés that were already starting to get tiring by the 90s as mentioned earlier. One step forward, one step back.

The same pattern is observed in the gameplay, where the generally pleasant and entertaining combat system (real-time action with some basic combos and sufficient variety in weapons and "Spells") helps a lot to make the dozens of tedious fetch quests that constitute the vast majority of the sidequests offered (and the grinding that is sometimes required to obtain valuable materials for weapon upgrades) go by faster. The design of the various individual maps and dungeons is at basic but adequate levels, but there is a relative lack of variety in enemies and the highlights of the battles are clearly the impressive bosses that provide the necessary dynamism and spectacle at regular intervals. The main quest, after an admittedly slow start which is however observed as a phenomenon in many RPGs, progresses at a good pace and doesn't get tiring except in some of its moments. To complete a playthrough took me about 20 hours on the Normal difficulty level which I would say will seem easy enough for more experienced players since even a below average action gamer like me didn't find it particularly difficult nor did I get "stuck" at a boss.

After all of the above, I think you understand my dilemma. For me, Nier Replicant is a game that excited me as often as it disappointed or annoyed me, so I'm basically being asked to decide and convey to you whether the positive or negative elements prevailed in the end. In order to reach a conclusion that would not be limited to the classic 'yes but' I forced myself to answer some key questions with yes or no so that in the end I could see which way the scales would tip. Shall we go through it together?

So putting all the above together, my position on Nier Replicant is as follows: It clearly has enough good elements to justify a purchase proposal and at least one playthrough, but only die-hard fans of the Nier universe and players with an extremely high tolerance for repetition and monotonous quests will find enough value in the game to justify a full-price purchase and the multiple playthroughs required to fully unfold the plot. I hope I've managed to make my point!

A historic console action-RPG comes to PC for the first time, but it's not unaffected by the passage of time.

A dedicated PC gamer, Alexandros plays everything depending on the mood of the moment, but shows a preference for turn-based strategy, RPGs and considers UFO: Enemy Unknown as the best game of all time. Otherwise, he tries to hide his turtle-like reflexes by avoiding competitive multiplayer because, as he says, "it doesn't suit him" and is looking for ways to get the "Church of Gaben" recognized as an official religion in his country.
View thread (9 replies) 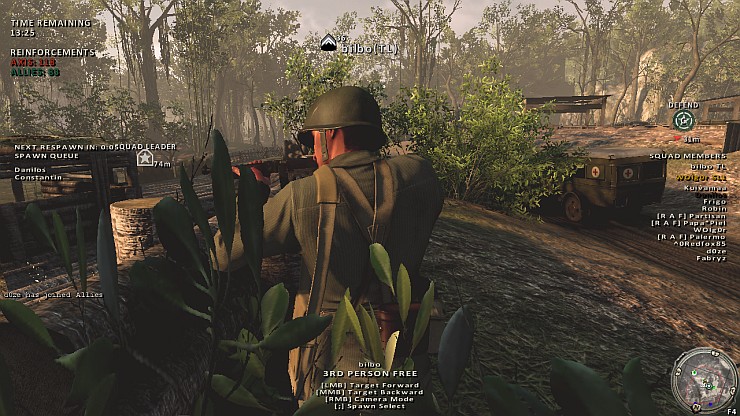