There are quite a few cases where specific developers have established their name with specific game genres, such as Obdisidian Entertainment with Role Playing Games, id Software with First Person Shooters, or in this case, Supermassive Games with Interactive Storytelling. Since their breakthrough in 2015 with Until Dawn, they have been diligently delivering interactive horror films, the main element of which is the choices we make and their consequences. Although with The Dark Pictures anthology they moved away from the campy 80's style of horror that Until Dawn had, with their newest effort The Quarry, they' re back to that. So much so, that regardless of the British developers' confirmation, you could argue that this is its spiritual successor.

All the hallmarks, clichés and basic premise of the horror films of that decade are here, even though The Quarry is set in 2021. Two young people, Laura and Max are on their way to Hackett's Quarry camp, where they will spend their summer as camp counselors. Something will jump out in the path of their car and to avoid it, they will drive off the road. By the time they recover and continue their journey, they will be spotted by a police officer, who will urge them quite imperatively to go to the nearest hotel to spend the night, and in the morning to continue their journey to camp. Since they are youthful and rebellious, they dismiss his request and make their way to the camp. This, as you would suspect, did not go all that well. Subsequently, the narrative jumps to the last day of camp, where the rest of the counselors are packing things up in order to leave. I'll stop here so as to avoid spoilers.

The story is quite intriguing from the beginning to the end, with frequent twists and shocking scenes in between, although you'll probably suspect the revelation of the danger that threatens our characters relatively early on. The archetypical 80's horror characters are here (the jock, the good guy, the cheerleader etc.) - even though their behavior deviates at times, making them more interesting - the script is adequately well-written by the standards of the genre and the actors are flawless in their roles, from the younger ones to the old-timers like Ted Raimi (as the aforementioned cop), David Arquette, Lin Shaye, etc.

For anyone unfamiliar with Supermassive Games' titles, these are games - in the broadest sense of the term - where we're faced with several decisions at key points that can have small or large repercussions on how the story plays out, the fate of the protagonists, or even how the other characters treat us. Essentially, we are taking part in interactive movies, in which scenes where we simply watch and choose an action/response are followed by sections that we are in full control of a character and can freely explore. In The Quarry I would say that the scenes compared to "traditional" gameplay are at a ratio of about 65%-35%.

In these sections we can find various clues that give us a better perspective on events, and in some cases influence future developments. Most of these are also the collectibles of The Quarry, with tarot cards being the most prominent. These open a small window into a possible future, but without it being clear what to do (or avoid) to make what we saw happen (or not). It is worth noting that during some options we have limited time to choose, and there are also those so-called "interrupt" actions, where we can intervene in a scene, with probably a different outcome. The consequences of our choices can be seen in the long run, in most cases. Occasionally, Quick Time Events occur, which contrary to what you might expect, are easy, mostly expected and failure to execute them doesn't always mean bad news for the protagonists.

For the visual aspect of the game, there's little to be said. The images accompanying this review highlight the excellent work done on the graphics, especially the character models. In particular, their expressions, facial movements, etc. are seminal. Likewise the lighting in the environments is very good, setting the mood of the title. The Quarry may not be "next gen" per se, as it utilizes Unreal Engine 4, but the end result is definitely among the 2-3 most impressive we've seen in recent times. Perhaps the only misstep is that there is no option to remove the horizontal bars (letterboxing).

The only real shrotcoming of The Quarry, is the lack of skip/fast forward in the dialogue. It wouldn't be an exaggeration to say that the game shoots itself in the foot. We're talking about a game that's around 9-10 hours long and branching paths are supposed to favor multiple playthroughs. Therefore, since we're mostly watching and less playing, not being able to skip over dialogue we've seen before makes our subsequent attempts quite a tedious process and doesn't quite cut down on the time needed to get to the parts we haven't seen yet. Also it's quite annoying that the game doesn't always notify us at which points the story will progress, resulting in us missing out on collectibles because we... went in the direction we shouldn't have.

Obviously, the fact that The Quarry is not a traditional survival horror game cannot be considered as a negative. The folks at Supermassive Games offer us a choose your own adventure experience, with an 80's horror VHS backdrop. And they do it rather well. This is the gist they where going for, so if this doesn't strike your fancy, you can look somewhere else. In conclusion, I would recommend The Quarry to both fans of interactive storytelling and people who are not well versed in survival horror games or are easily stressed by them. Get a friend, a relative, your significant other, etc. grab some snacks or junk food and enjoy irresponsibly!

Your favourite thriller from the 80's, now in interactive movie format. Put down the remote and grab the controller! 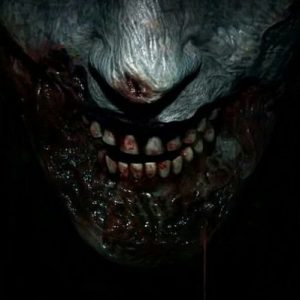 THE WALKING DEAD: MICHONNE- EPISODE ONE: IN TOO DEEP

EVERYBODY’S GONE TO THE RAPTURE