During a period in which the RPG genre is characterized by the release of, among others, the "old-fashioned" fantasy RPG Pathfinder: Wrath of the Righteous, today marks the official release of Gamedec as a representative of the "modernization wing", meaning sci-fi/cyberpunk titles. Gamedec also represents a subgenre that seems to be gaining ground in recent years, that of "non-combat RPGs", since, as we saw in last year's preview of the title, at the core of the gameplay is case-solving solely through dialogue, evidence gathering, deduction formation... and choices. Lots of choices.

The world of Gamedec is based on a series of novels of the same name by Polish author Marcin Przybyłek, who, it's worth noting, was also actively involved in the creative process of the game. We are set in 22nd century Warsaw, in a world that could be described quite simply as "Deus Ex but without the moral inhibitions". Meaning that, whereas in Deus Ex one of the central threads of the entire narrative deals with where "man" stops and "machine" begins, and the extent to which advances in technology end up modifying human existence itself to an unnatural degree, in the world of Gamedec these concerns seem to have been summarily thrown out the window.

Thus, the concept of cyberspace has developed to such an extent that it is no longer distinguishable from reality, with people living/working/playing for days in the digital world (often even taking legal or illegal supplements in order to be able to keep themselves online for more hours), with dead people who have lost their physical existence and continue to live as autonomous and fully intelligent "digital spirits" or NPCs in cyberspace... but also, inevitably, with the problems and transgressions of reality appearing in "digitality" as well.

To combat digital crime, players, employees and businesses involved in cyberspace enlist the services of gamedecs ("Game Detectives"), private investigators specialising in cyberspace. If a competitive gamer suspects that his opposition is cheating, if a rich/famous person requires discreet help with his digital affairs, if a company suspects that its digital presence is being sabotaged by its corporate rivals, they may all rely on a gamedec to save the day. Our character in the game is one such investigator, and it is with such a seemingly simple case that our adventure begins - needless to say, however, that, as in reality, and even more so in "digitality", appearances are deceiving.

The particular aspects of Gamedec's gameplay, Aspects, Professions, Deductions, have already been covered in last year's preview, so you can read more details about the purely practical side of the game there. Here I'll be more concerned with... the sum of it all, now that I have the knowledge that access to the full game provides.

"The game world could be simply described as "Deus Ex but without the moral inhibitions".”

First of all, I have to point out/add something about the plethora of options during the cases: the fact that there is basically... no "failure" in the game. Even if we actively seek to resolve our cases in a completely idiotic way by going against any notion of logic, not collecting all the necessary clues and forming the most erratic Deductions, this will have short term (in the same case) or long term (in the next case or up to the finale) consequences, but in no way does it lead to failure or Game Over. The motto that the game's creators repeated in the promo trailers before release is that "you are the sum of your choices", and this is 100% true. The choices in solving a case end up affecting our character primarily and the world around us secondarily, and the result is that we can literally do whatever we want in the game without affecting our progress towards the finale, which will happen... no matter what we do on the way towards it.

The game's non-combat RPG nature will inevitably draw comparisons to Disco Elysium, and these will have a basis to some extent, but not entirely. As a matter of fact, perhaps the only common points of contact between the two games are the isometric viewpoint, the fact that there are no battles (the "violence" scenes in Gamedec are, like in Disco Elysium, resolved purely in the context of dialogue and skill checks), and that the skill system essentially consists of 4 "stats" that correspond to aspects of the hero's psyche.

But there are also striking differences. First of all, Gamedec's writing is more straightforward, down-to-earth and to the point, compared to the psychological-political-philosophical treatise that are the texts of Disco Elysium. Also, Gamedec has no "dice rolls" - once you unlock a Skill, you can use it immediately and without the option to fail.

“The motto repeated by the game's creators is that "you are the sum of your choices", and this is 100% true..”

The main difference though is that, despite the absence of dice rolls, Gamedec gives me the feeling that, in terms of mechanics and broader presentation, it is more of a "traditional Role-Playing Game" than Disco Elysium. Its developers have stated that their main inspiration for Gamedec was the pen-and-paper RPGs they used to play, and this is made clear throughout the game. After all, the very plethora of options provided is 100% reminiscent of a PnP session in which the DM asks the players "okay, what do you do" and they come up with different solutions and tactics to solve a problem.

It's also worth noting as an unrelated piece of trivia that Gamedec started being developed several years before the release of Disco Elysium. Many people are under the impression that the game came about precisely because its devs were inspired by the success of Disco and wanted to make a similar non-combat RPG, but this is categorically not the case. Just putting that info out there.

The fact mentioned above, that "whatever is to happen at the end of the game will happen no matter what", may seem to some as taking away from the urgency of our actions and the importance of being thorough in order to resolve a case properly. And the truth is that I was left with mixed feelings about the game's "Deus Ex: Human Revolution-type" finale, meaning that no matter what we've done along the way, a fixed number of different options are always consistently shown in the game's final scene, and we just pick one to end the game. To be fair of course, and to avoid causing unjust comparisons, unlike what was happening in Deus Ex, in Gamedec all but one of these options are locked behind some parameters regarding what we've done (or not done) during our playthrough.

“"It gives the feeling that it is more of a "traditional Role-Playing Game" than Disco Elysium".”

In general, it's clear that the developers focused more on the importance of "the journey" rather than the destination, and that it's a conscious design choice that the players' actions and decisions sculpt themselves primarily rather than the world around them. "You are the sum of your choices", after all, as was already mentioned several times. In any other RPG the implications of our actions in the grand scheme of things would be more apparent, but it is true that Gamedec is not "just any other RPG". And beyond that, the above concerns are probably blown away simply by how incredibly fun it is to navigate the virtualia of the world.

During the game (and its quite short duration of 10-15 hours, compared to what we are used to in other RPGs, but definitely with high replayability) we explore 3 different Virtualia in the context of some case, and 2 others are accessible during the endgame events. Of course, the developers have already mentioned that they plan to release extra Virtualia as free DLC (one of them is a crossover with the world of Se7en, and another one is... Lovecraftian!)

Now that I think about it, this might be my biggest "complaint" about the title: I really wish I could play more as a gamedec navigating these wonderful Virtualia and interacting with the NPCs, the players, and their particular metagame, instead of having to deal so quickly with the overarching plot of the game that pulls the player towards its inevitable climax.

There are several other flaws that could be pointed out. Bugs (some of which are quite serious) or nasty typos that appeared in the Preview Build and which JUST MIGHT have been fixed now in the release version, the less than optimal organization of information in the Codex, or the, ultimately, quite unclear way in which points are gained in the 4 stats. But... at this stage, I literally just wanted more. And I suppose that's some of the highest praise one can give any entertainment medium. The conclusion of last year's Preview ultimately still largely holds true: despite its flaws, Anshar Studios' first RPG attempt wtih the cyberpunk world of Gamedec manages to hold its own against even AAA ventures in the genre.

Despite being a little rough around the edges, Anshar Studios' first RPG attempt in the cyberpunk world of Gamedec manages to hold its own against even AAA ventures in the genre. 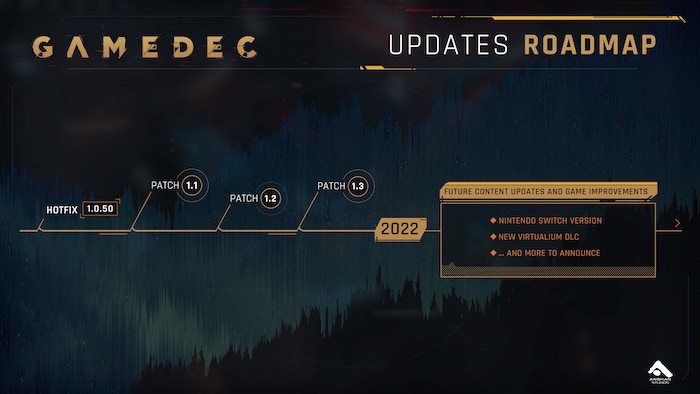 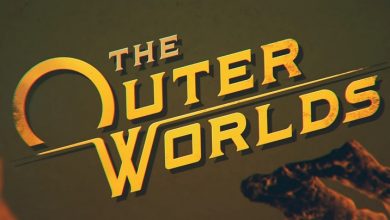