The release of Cyberpunk 2077 may be perpetually delayed, but that doesn't negate the fact that cyberpunk as a gaming genre is sort of experiencing a golden age. Among the multitude of titles of similar themes and settings that have emerged in recent years is Gamedec, an "isometric cyberpunk RPG" according to its successful kickstarter campaign this past spring. Just a few months after successfully securing its funding, Gamedec's creators have already released a preview version of the title for backers and members of the press. This version also reached us a few days ago, allowing me to get a little taste of Gamedec's cyberpunk aesthetic.

The game's title is an abbreviation/slang word of the protagonist's status as a Game Detective - an investigator who takes on the task of solving cases within the various digital environments of games that can be played in the 22nd century cyberspace. Within the preview demo we get to solve one of these cases, perfectly indicative of the title's atmosphere: the son of a wealthy businessman has logged into Cyberspace and seems to have been trapped in there, far exceeding the suggested usage time, unable to log out, and worrying his father enough to call us into his office and hire us to investigate the case.

When starting the Demo, and after the in-game visit from... one of the game's creators (!) who reminds us that the demo is a work-in-progress, we can choose our character's background. Namely, his origins from either the "good" or the "bad" neighborhoods of the city of Warsaw, and 1 of the 4 available professional specializations he can pursue: Infotainer (social media figure who knows how to use his charisma skills to convince or deceive others), Scalpel (a doctor/nurse, simply put), Sleeves (a bully, both in real life and in the games he chooses to play) or Glazier (a gadgeteer, well-versed in the workings of both real-life mechanisms and the workings of cyberspace). The above choices largely determine the options presented to us in the dialogues and in our broader interaction with the world's points of interest, thus influencing the path we can take towards solving the case and adding dramatically to the replayability of the demo (and thus, logically, the final game).

Character navigation in Gamedec's world is done in a "traditional" isometric display, with the quality of the Unreal Engine 4 graphics being quite good and 100% matching the style and atmosphere of the world. In general, it reminded me quite a bit of the corresponding environments in recent ShadowrunRPGs, both in terms of the atmosphere it exudes and the way it interacts with the world's hotspots. At the same time, the character development system, the specialization towards 1 of the 4 professions and the complete absence of "traditional" combat from the game couldn't help but remind me a bit of Disco Elysium. Overall, the shortest description I could give to what I saw in the demo is "Shadowrun + Disco Elysium", with strong vibes also coming from Ripper, the legendary FMV adventure game from 1996, mainly due to the cyberspace atmosphere and the very nature of the case we're called upon to solve in the demo.

Cases are solved by collecting clues, through simple interaction with points of interest that we find in the environment and through dialogue with the NPCs. This process also updates the Codex of the game (essentially an in-game game encyclopedia where explanations for in-game terms related to cyberspace, "real life", corporations and factions of the world, etc. are collected) but also allows us to proceed to the formation of Deductions, similar to the corresponding function in Sherlock Holmes games or The Sinking City by Frogwares. The progressive formation of Deductions leads steadily towards the eventual resolution of the "mystery"... for better or worse.

Pay attention to that last part: it is absolutely possible to "fai"l in our efforts, or at least that our case's resolution will not be 100% successful, due to incomplete actions or unfortunate handling of the case on our behalf. In general, the way Gamedec's mechanics are structured, the character development system, and the non-linear nature of case investigation entail a wide range and depth of choices in interacting with the world, interactions that always have distinct and perhaps unexpected consequences. Completing the demo for the first time with an Infotainer character brought me to an outcome that I personally considered almost 100% successful, but in the end I received a notice that my Gamedec "rated 3 and a half out of 5 stars and had a sense that he didn't flesh out the story as much as he should or could".

This fascinated me, I have to say - it's quite interesting that "appearances can be deceiving" and that a seemingly perfectly successful run can ultimately turn out to be lacking. And it obviously prompted me to restart the demo with a different character orientation and following different options. I was also fascinated by the fact that almost everything in the game, even if it's the most trivial act or observation, offers some kind of choice that has small or large implications. For example, we spot a graffiti at some point, and we can choose how our character judges it - as a work of art, as vandalism, as a social message, and several others. Each of these choices also provides a point to one of our character's Aspects: parts of his temperament, we could say, which are divided into 4 groups/categories, which in turn I could roughly describe as "Logic", "Empathy", "Expression" and "Vigour". These Aspect points are necessary in order to unlock new skills in the profession tree. If the above reminds you even slightly of Disco Elysium... I completely agree.

In general, the way its creators manage to implement the oft-sung "Choices and Consequences" motif we mention in every RPG-like review is so deep and extensive that it surpasses even AAA attempts in the genre. I found it completely unexpected to reach this conclusion by simply playing a short demo (completing the case will take 1 1/2 to 2 hours, plus another 3-4 hours to explore the remaining paths with new playthroughs), but the creators at Anshar Studios managed to win me over 100%. It's true that Gamedec had only fleetingly passed my attention, and as such I hadn't backed it in its Kickstarter campaign, but what I saw in the demo filled me with hope and optimism for the potential the final game can offer. With a vaguely stated release date of "2020", the least I can do is wishlist the game on Steam and watch its further development until its final release with great interest. 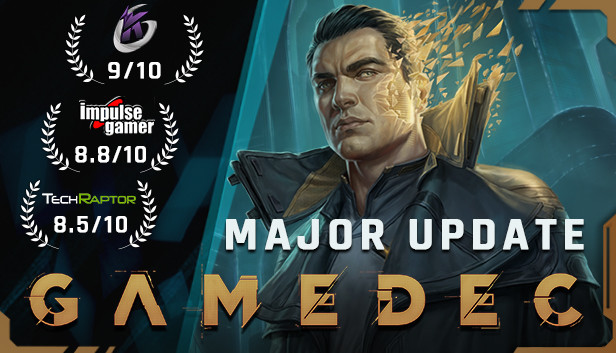 Gamedec is a single-player cyberpunk isometric RPG. You are a game detective, who solves crimes inside virtual worlds. Use your wits to gather info from your witnesses and suspects, getting to the bottom of deceptive schemes. The game continually adapts to your decisions and never judges. 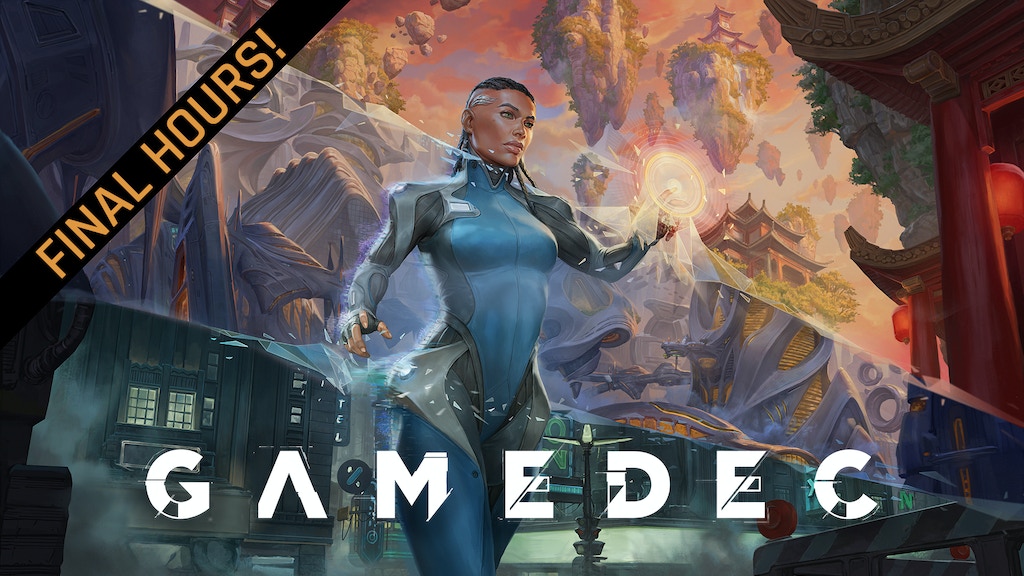 Hi there! Grab a cup of coffee and dive deep into the mind of Marcin Sergiusz Przybyłek, the author of the Gamedec saga. Marcin will explain his view on creating the gamedecverse and determine the genre in which Gamedec books fit in. Enjoy! A word from the author: I’m no literary...

Welcome to one of the many articles about Gamedecverse - they're not entirely related to the game, but with the lore of the books, so you can understand more while playing the actual game later in 2021. Without further ado: The story of prolonged life In Gamedecverse, you're not limited by the...

Welcome to the second episode of our gamedecverse-related articles. This time, we’re looking closer to the aspect of defying gravity and suspending buildings, pneumobils, and other things in the air. A real 22nd-century innovation we’re looking forward to inventing someday. Take a closer look at...

Welcome to the third episode of our gamedecverse-related articles. This time, we’re looking closer to the aspect of emulating senses and pain in the virtualia. How does the system deal with such a complex physical factor? Is it possible to inflict real-life pain while gaming? Is it legal? Listen...

What does the life of a statistical citizen of the Gamedecverse look like? It depends on the cultural circle, the specific job, and continent, but let's focus here mainly on Warsaw City. Social Media In the GamedecVerse, social media exists, and it's so obvious that it's overall ubiquitous. To... 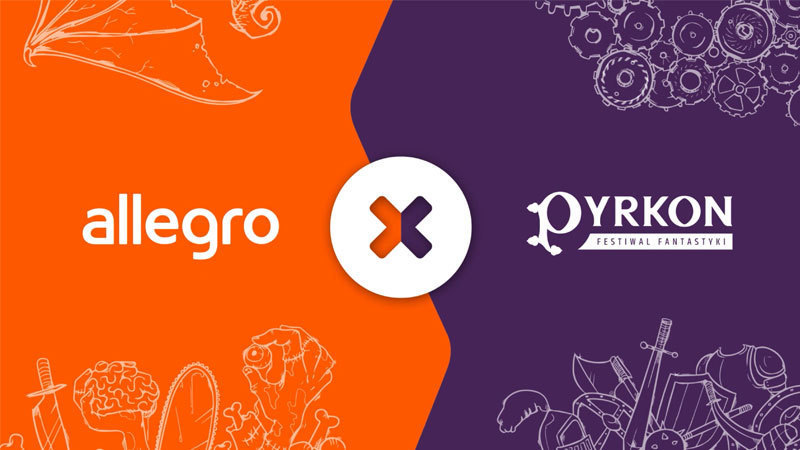 Our creative director Marcin Rybiński and writer Marcin Sergiusz Przybyłek talked about the beginning of the game's production. They spoke about how to transfer ideas from books to a virtual environment. This time, we dig deeper into the story branching, interactions, and possibilities that... 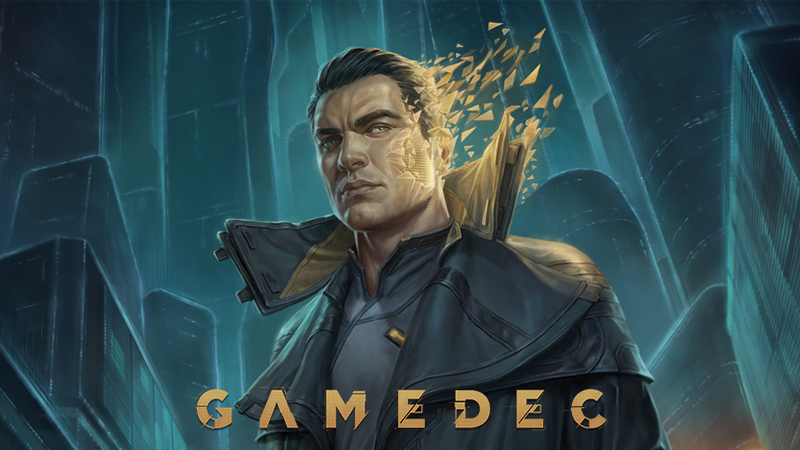 Hi guys! We've decided to share a new, public demo. This build is the newest, and it won't be taken down until the full game will debut in September. Enjoy it when you feel most convenient. What's new? New locations and a new case NPC avatars Female gamedec model Improved VFX, and SFX Better... 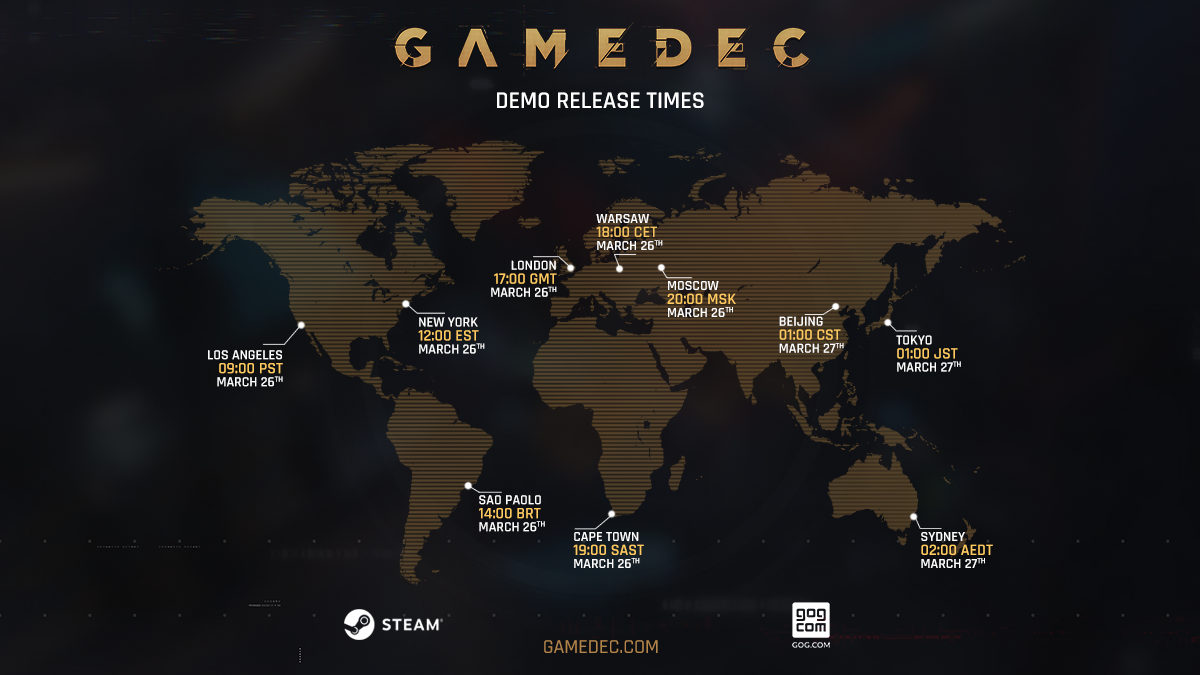 Last time we presented an article about everyday life that covered Social Media, Privacy, and what a typical day of 22nd century Warsaw City looks like, and now, it's time for some fun stuff - weddings! We know that the cities are closed, and nature is dangerous, but modern problems come with...

Is Gamedecverse a postapocalyptic universe? From a certain point of view – yes. How come? How about not knowing what is the exact date since everything you knew fell apart? This part of the story takes place around 80 years before the game’s storyline, It was (probably) 2120 when TRID – a Time... 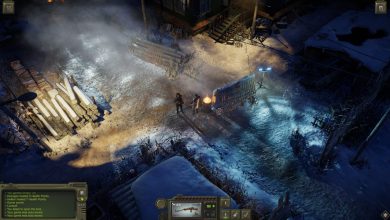 THE FALL OF THE DUNGEON GUARDIANS