For fans of RPGs of Japanese origin, the "Tales of..." series by Bandai Namco is among the most well-known and remarkable proposals. While it hasn't been many years since it has made an appearance on our PCs, there are already several episodes of the series available, with Tales of Zestiria and Tales of Berseria having been previously featured on this site.

A common feature of the "Tales of..." games is that they are standalone stories, which include quite a few quality scenarios, but they don't stray from the clichés of Japanese fiction. Those of you who have played even one similar game understand what we're talking about. Therefore, even though it's been five years since the release of the last Tales, Tales of Arise doesn't change the formula. It remains a traditional representative of the JRPG school, and the main questions awaiting answer are whether the story is interesting enough to hold us through to the end of the nearly 40-hour adventure, and whether the battle system is capable of delivering thrills.

Starting with the storyline, Tales of Arise takes us to the planet Dhana, where for three hundred years it has been suffering under the boot of Rena's forces, a technologically and spiritually superior race. The reason for Dhana's enslavement is due to the drain on its natural resources, though with the shameful treatment of Rena's military forces towards its enslaved inhabitants, the whole situation looks more like genocide.

The protagonist of the story is...Dhanesian Alphen or Iron Mask as he is known in the early hours of the game, a guy who wears an iron mask, as in the related novel by Alexandros Doumas. Alphen shares the fate of his fellow residents, being a slave in the mines of the Calaglia region. Unable to remember his past, but also with an inexplicable resistance to pain, Alphen is as cooperative as he needs to be with the Renan so as not to lose his life, but always keeping in mind that he might find a chance to escape this fate.

That opportunity will not be long in coming, when he coincidentally becomes involved, along with the Calaglia Resistance, in a fierce pursuit of Renan soldiers against a girl named Shionne. After a tough battle, Shionne is saved, but they are soon surprised to discover that she is a Renan. So all the fuss was made to save an... enemy? The reason for her attempted capture is unknown, but it is soon revealed that Shionne and the Resistance share a common motive: the elimination of the five lords who rule the five regions of Dhana. Thus, the two heroes embark on their long and difficult journey, on which they will later find several more friends who will help them in their mission, each for their own personal reasons.

If we were to describe the case in a few words, it would be "well-written, but predictable". Without being disappointed, it moves along safe paths, with any twists and turns quickly becoming apparent, especially if one has a lot of experience with JRPG titles. Probably, after such a long absence, the development team didn't want to take a risk by presenting something completely innovative, on the other hand it might have been a good opportunity to escape from the shackles of previous Tales. In any case, JRPG devotees will have a good time, while opposers will find another reason to drop their... poison.

After all, the game is accessible and enjoyable to play. It has a fairly linear structure, with the maps being visible from the start and any secrets being very easy to grasp. Besides, in the absence of a World Map, the game features a handy fast travel system, which is integrated fairly early in the game, so moving around is almost never a problem. On the plus side, there are no "random" battles (the bane of most old JRPGs), instead all enemies are visible on the map and can be easily avoided if desired. Of course, this is not recommended most of the time, as the experience points they give are valuable so that we have no problem prevailing in the (obligatory) boss fights that lurk.

A battle system that each time transfers us into "arenas" and plays in real-time, which is very reminiscent of that of Berseria. Out of the six characters in our team (four on the battlefield plus two auxiliaries), we control one at a time (Alphen or another of our choice) and the rest are managed by the AI. Movement is freely, we can attack or dodge at will, with the only limitation being some crystals, which represent the powerful Arte moves. Each Arte move requires a number of crystals, and when they run out, we will have to wait a while before we can use them again.

There are dozens of Arte moves to unlock, which we determine on a single button on the controller (up to six in total) and, if we're rational in our choices, we can create devastating combos against our poor enemies. Our main character's combos are then combined with the accompanying AI combos, which load up a diamond-shaped bar. As long as the combo-chain doesn't break and the bar fills up, then the ability to Strike is activated, a blow that nearly finishes off the enemy.

In addition, during battle, each character gradually increases their personal boost bar and, with the press of a button, performs their unique special move (Boost Strike). For example, Law's special pierces through the enemy's armor, while Kisara's can block even the strongest attack. All of this is of course directly related to the Skill system, which is a bit quirky, as it's divided into standalone spheres rather than a regular tree, and using the SP points collected from winning battles to unlock new moves and/or improve the stats of your team's characters.

A key factor that contributes to the success or failure of a battle is the Cure Points (CP). These points are necessary for the regular healing of our characters through Arte spells, and are even applied to open up some alternate paths that will lead to a valuable item or to healing various downtrodden we encounter along the way. It is of utmost importance to keep these points high, as healing spells are truly life-saving (especially Shionne's, who is essentially the healer of the group). CP points can be replenished either by using the relevant items or by resting the party at inns and/or at specially designated spots suitable for camping.

Overall, the combat system is fast, fun, and most importantly, the AI causes almost no problems in its flow, as it makes sure to regularly heal characters with low hit points while fighting with equally satisfying efficiency. Of course, it is possible to set its general behaviour, but even if we limit ourselves to the default settings, we won't have much trouble. The truth is, however, that after 30 hours of play and in a major plot twist, enemies acquire more... sponge properties, and consequently become unnecessarily time-consuming. Combined with the riot of colors and visual effects created by the special and arte movements of the characters, extended playthroughs can become very tedious.

At least, the game's difficulty level is in the medium to low range, as with basic item management, regular use of cooking (which provides valuable temporary buffs) and careful movements on the battlefield (the dodge button doesn't bite), you won't have a hard time reaching the end of the game. Personally the first time I lost in combat was after 25 hours of play, and that was due to my own carelessness in an optional boss. However, we can't help but mention that Tales of Arise overdoes it with the frequency of battles (as was the case with the recent Scarlet Nexus), especially after the aforementioned point where interest begins to wane instead of intensify. Coupled with the implementation of backtracking at a few points, the last eight hours of the game feels more like "fat" that could have been avoided with a little exercise than a meaningful addition to the story.

Visually, Tales of Arise is classes above its predecessors. The use of Unreal Engine 4 is excellent, with gorgeous graphics and a huge variety of moods and colours, especially in the representation of each area we visit, which has its own completely unique character. In the same vein are the game's protagonists (friendly and otherwise), who are well-crafted in terms of aesthetics and appearance, having very nice animation, while there are also some emblematic cutscenes with a "normal" anime approach.

The game's soundtrack is a positive one, as it features an amazing orchestral soundtrack, a true work of art that you can't get enough of listening to. Sometimes melancholic, sometimes dynamic, it's one of the few times that the battle track, for example, doesn't bother you the hundredth time you hear it. Regarding the voice-over, it is at the expected high level, of course always choosing Japanese voices, as proper and honest JRPG players.

To sum up, Tales of Arise is a strong addition to the "Tales of..." series that will surely satisfy those looking for a worthwhile JRPG experience. However, we must point out the timidity shown in not innovating and limiting itself to a standard scenario and a predictable structure. Perhaps this is why people love the series: because they know what to expect. So if you do too, feel free to invest in Tales of Arise.

A beautiful and thoughtful by-the-numbers JRPG that will satisfy fans of the genre.

Lover of action, shooter, adventure, RPG's and sometimes racing games, he prefers mainly single-player gaming. Every now and then he breaks out into a multi, but he doesn't overdo it.
View thread (6 replies) 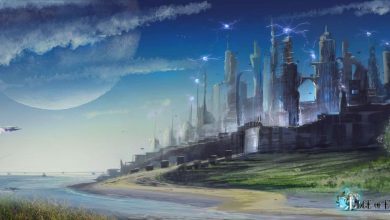