Following a special invitation from Ubisoft, last month we had the opportunity to get a glimpse of the upcoming Rainbow Six Extraction, which marks a new approach to the iconic series.

Specifically, the new Rainbow Six leaves aside the Operatives VS Terrorists background and pushes the boundaries of supernatural/sci-fi. An alien parasite has taken over the United States of America, turning its inhabitants into disgusting, bloodthirsty monsters. So once again, the intrepid Rainbow Six team sets up to take on this unknown threat. In the session I played with two colleagues, being mainly a co-op experience (although there is a solo option), we found out that the game is a high level challenge that is not a joke and is not aimed at non-patient players. In fact, at several times, we would say that it reminded us of the style and the "grit" presented by the well-known GTFO.

Our first concern is to select an Operative from a multitude of candidates, each with their own equipment, gadgets and skills. It goes without saying that, within reason, our team must choose Operatives based on the needs of each mission, but also that there must be a balance between their capabilities. For example, an indicative balanced team is to have a healer, someone with a sonar device to detect enemies behind walls, and the last one to carry the "heavy artillery" for the tough times. As you might expect, smooth cooperation between Operatives is essential, as enemies, which vary in species and size, are capable of taking out a three-man team in a matter of seconds. Something we definitely don't want, as defeat has serious consequences for our progress in the mission at hand (meaning we start from the beginning), but also for our subsequent progress. For example, if an operative becomes MIA, he is left out of the fight for the next missions, preventing us from directly picking him again.

It's no coincidence that the game suggests that we should first and foremost follow the stealth route (slow and methodical movements, stealth kills and so on) before pulling the trigger. If the latter happens, which is far from rare, it is very likely that the screen will be flooded with deadly enemies, especially if we have not taken care to destroy the parasite nests, which are constantly "spawning" new enemies. More generally though, Rainbow Six Extraction puts a lot of emphasis on the so-called risk and reward. Specifically, in each mission we take on more than one objective and after completing one, we have the option to either return back with the helicopter and get rewarded with the coveted XP or move on to the rest. The latter means we'll get even bigger rewards if we manage to complete them, but we'll face stronger enemies and more intense battles.

Battles that largely require tactics, as in many cases we have to focus on certain types of enemies in order to get out alive, and most of them have a weak spot that helps us kill them faster. In terms of technology, even though the version we played was in a Preview Build, the game proved to be very good both visually and aurally. Especially in the audio aspect, the eerie screams of the monsters were at least creepy, as soon as our team was noticed. Of course, also in the graphics' aspect, the Rainbow Six Extraction does not hold back, offering an extremely satisfactory visuals. The online code of the game seems to be at a good level, without a noticeable lag, although we will have to wait for the final version to draw a safe conclusion. A final version that is expected to be released very soon, specifically on January 20, 2022, on Ubisoft Connect and as part of the PC Game Pass.

Until then, enjoy an excerpt from our session below and keep an eye opened for the review.

Lover of action, shooter, adventure, RPG's and sometimes racing games, he prefers mainly single-player gaming. Every now and then he breaks out into a multi, but he doesn't overdo it.
View thread (7 replies) 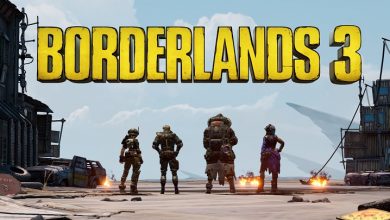 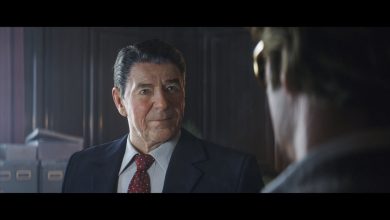